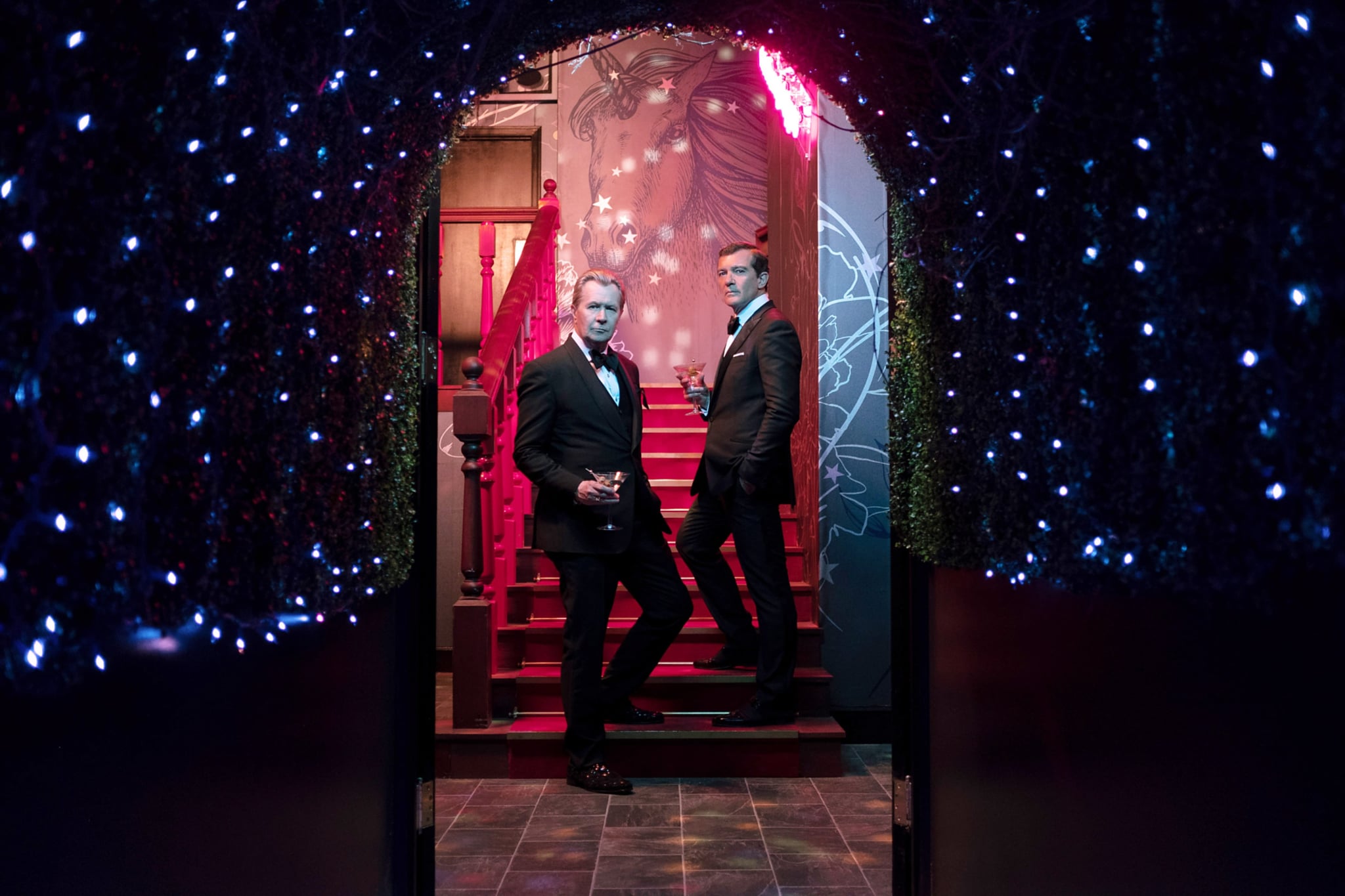 Hollywood loves a good true-crime story almost as much as scammers love to scam, so that's why The Laundromat inevitably exists. The Steven Soderbergh-helmed film brings Netflix viewers a fictionalized account of the 2016 Panama Papers scandal, during which a massive data breach exposed how the rich set up offshore accounts to avoid taxes and launder money.

The company helping these elites was the law firm Mossack Fonseca, founded by Jürgen Mossack (Gary Oldman) and Ramón Fonseca (Antonio Banderas). Meryl Streep comes in as Ellen Martin, an unassuming middle-class woman whose husband dies in a ferry accident. Following his death, the ferry owners realize that their insurance policy is a sham tracing back to Mossack Fonseca's shady money laundering businesses. The movie's star-powered cast and poppy colors certainly heighten the Panama Paper scandal, but the true story of corruption is downright shocking on its own.

Mossack Fonseca created shell companies where hollow businesses owned financial assets on behalf of real owners. These tax havens reside in places such as Panama and the Cayman Islands, where there are weak regulations about when money comes in and out of accounts and where people can form corporations without disclosing the owners. Offshore accounts are legal, but they can be used for illegal activities such as money laundering and tax evasion.

In 2015, someone hacked Mossack Fonseca and anonymously leaked 2.6 terabytes, or 11.5 million documents, to the German newspaper Süddeutsche Zeitung. This is one of the biggest data breaches ever, even larger than Edward Snowden's NSA leak. The whistleblower cited income inequality as the primary reason for the leak.

The findings were damning. The papers date back almost 40 years and revealed 214,000 offshore entities across 200 countries. They also linked over 140 politicians and officials to shell companies. This group included Iceland Prime Minister Sigmundur David Gunnlaugsson, who had a stake in an offshore company seeking millions of dollars from failed Iceland banks while dealing with the collapsed banks as a politician. Because of public outrage, the prime minister resigned shortly after the publication of the papers. The most famous political figure connected to the papers is undoubtedly Vladimir Putin, whose close friends, including cellist Sergei Roldugin, were implicated in a billion-dollar laundering scheme.

Journalists got to work with the information, which they've been long interested in, for five years before the official investigation in 2015. Led by the International Consortium of Investigative Journalists, the year-long inquiry of the Panama Papers involved more than 300 journalists from six different continents. The comprehensive reporting would deservedly win the Pulitzer Prize For Explanatory Reporting in 2017.

So what happened to the players in the case? Mossack Fonseca could not identify the beneficial owners of over 70 percent of the 28,500 companies in the British Virgin Islands and 75 percent in Panama. In November 2016, it was fined $440,000 for regulatory and legal infringements. In February 2017, the founders of Mossack Fonseca were arrested on money laundering charges.

The leak and investigations also led to many other arrests and resignations of high-profile figures. They pushed 79 countries to launch over 150 inquiries, audits, and investigations. In 2018, Mossack Fonseca eventually closed down, but there are still ongoing investigations into the Panama Papers.

We hear a lot about the institutions and elite figures being held accountable, but the shady dealings impacted more than just the rich. The Laundromat conveys how these corrupt practices hurt regular people, especially through Streep's character. We're definitely in for an informative, star-powered viewing when Netflix releases The Laundromat on Oct. 18.