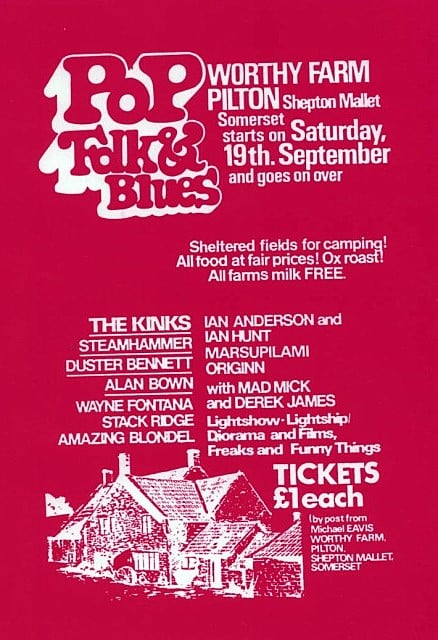 Originally called the Pilton Festival, the first version of the event took place near Pilton, England, in 1970. In its second year, it became known as the Glastonbury Festival, and David Bowie took to the Pyramid Stage, a smaller version of the Great Pyramid of Giza that's become linked to the festival.

More so than other popular festivals, Glastonbury is known for incorporating several types of art: dance, poetry, theater, and more. Although it started small, the festival now sells out in hours, and the 2011 festival — with Beyoncé and Coldplay among the headliners — broke TV viewing records for the BBC.