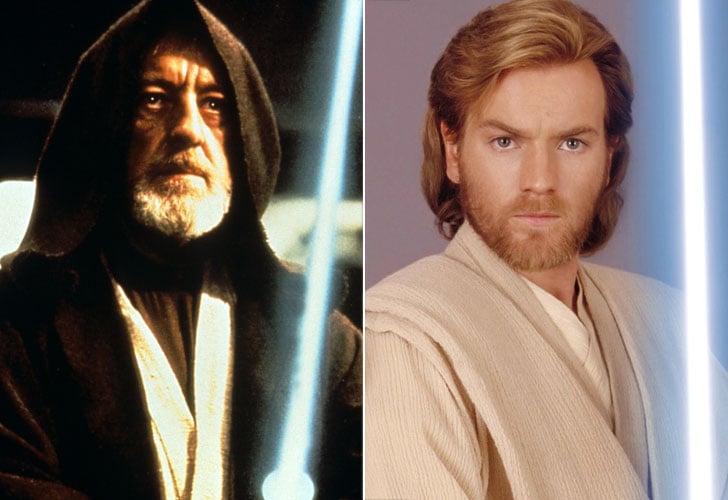 When Rey, Han Solo, Chewie, and Finn go to Maz Kanata's watering hole to get information about the Resistance, Rey feels herself being called into the depths of the castle, where she stumbles upon Luke's lightsaber. How did it get there? According to Maz, it's a "long story," but the most important thing about the scene is the vision Rey experiences after she picks it up. In addition to seeing glimpses of Luke Skywalker touching R2-D2 and Kylo Ren's betrayal of the Jedi, Rey hears the voices of actors Alec Guinness and Ewan McGregor, who play Obi-Wan Kenobi in the original three Star Wars films and in the three prequels, respectively.

If you listen closely to the scene, you can hear a mixture of Guinness and McGregor's voices saying, "Rey, these are your first steps." The choice to have two actors who played Obi-Wan specifically provide the voices for this moment has to mean something, right? It easily could have been Luke's voice, or even Darth Vader. Combine that with the fact that the lightsaber was in Obi-Wan's posession for far longer than in Luke or Anakin's (and therefore why it would call to someone with Obi-Wan's Force-sensitive blood running through their veins), it's starting to seem like there's a big connection between Obi-Wan and Rey.

Star Wars
What Do Tusken Raiders Look Like Under Their Masks in The Book of Boba Fett? Let's Investigate
by Michele Mendez 4 days ago