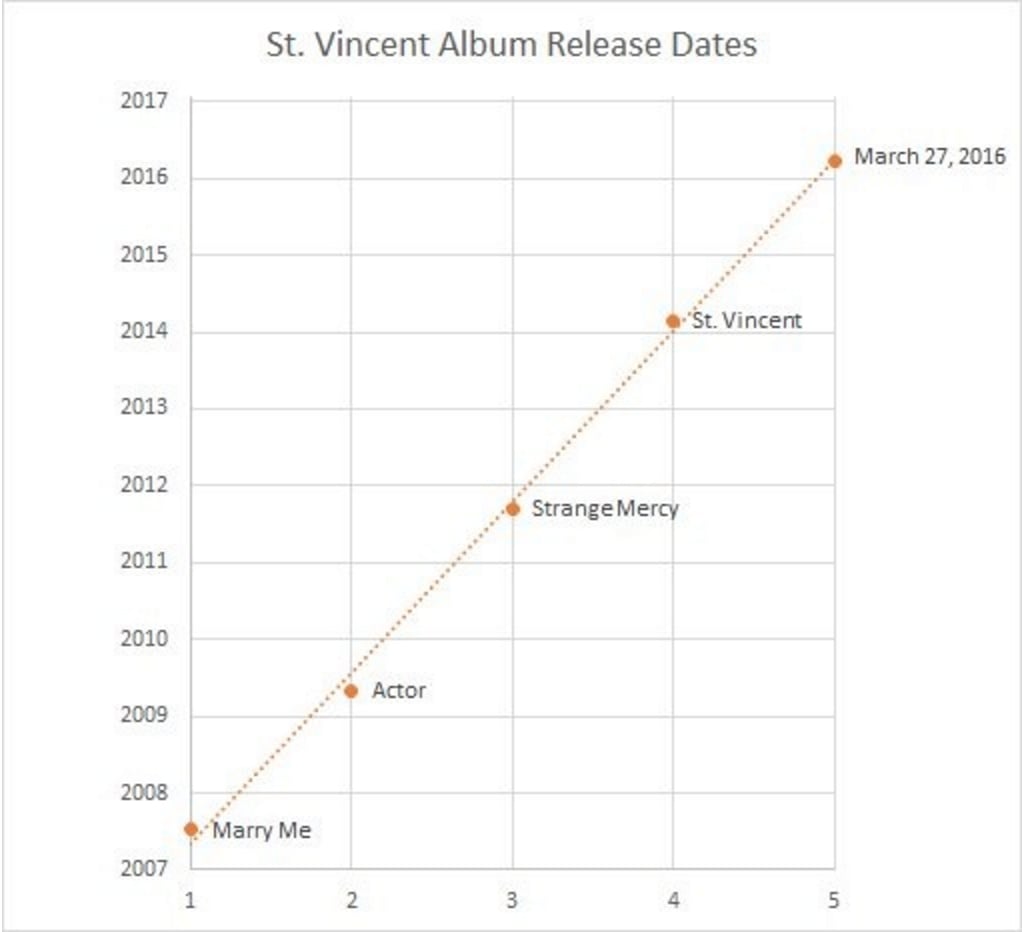 It's Likely She'll Release It This Year

St. Vincent has released four studio albums so far, each album released two years apart from each other. One Redditor even made a graph comparing St. Vincent's previous album release dates, predicting that her fifth studio album would be released March 2016. While that certainly didn't happen, the likelihood of her album dropping this year is high.

Music
Hear a Sneak Peek of the Badass, Female-Centric Birds of Prey Soundtrack
by Victoria Messina 17 hours ago