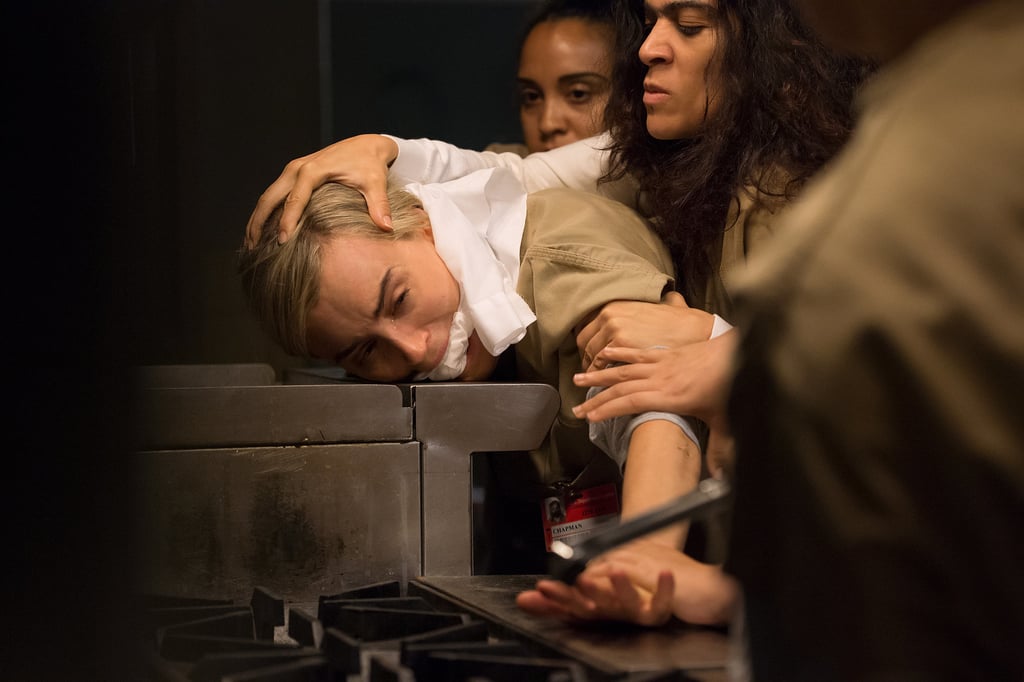 She's Pissed Off a Lot of People

With the success of her prison panty operation last season, Piper becomes increasingly power-hungry and manipulative. Led by Flaca, Piper's "employees" — or the inmates responsible for wearing the underwear Piper sells on the outside — attempt to unionize so that they can receive their due compensation. While Piper agrees to pay them, she fires Flaca to set an example, a move that could prove to be detrimental for her.

Then there's also the way she royally screws over Stella. While Stella does empty out Piper's business profits, Piper retaliates by hiding contraband in Stella's bunk, which results in her getting sent to a maximum-security prison. To quote Boo, "Damn, Chapman. That is some stone cold sh*t."

TV
Normani Is a '90s Star in Exclusive "Proud Family: Louder and Prouder" Season 2 Clip
by Sabienna Bowman 57 minutes ago