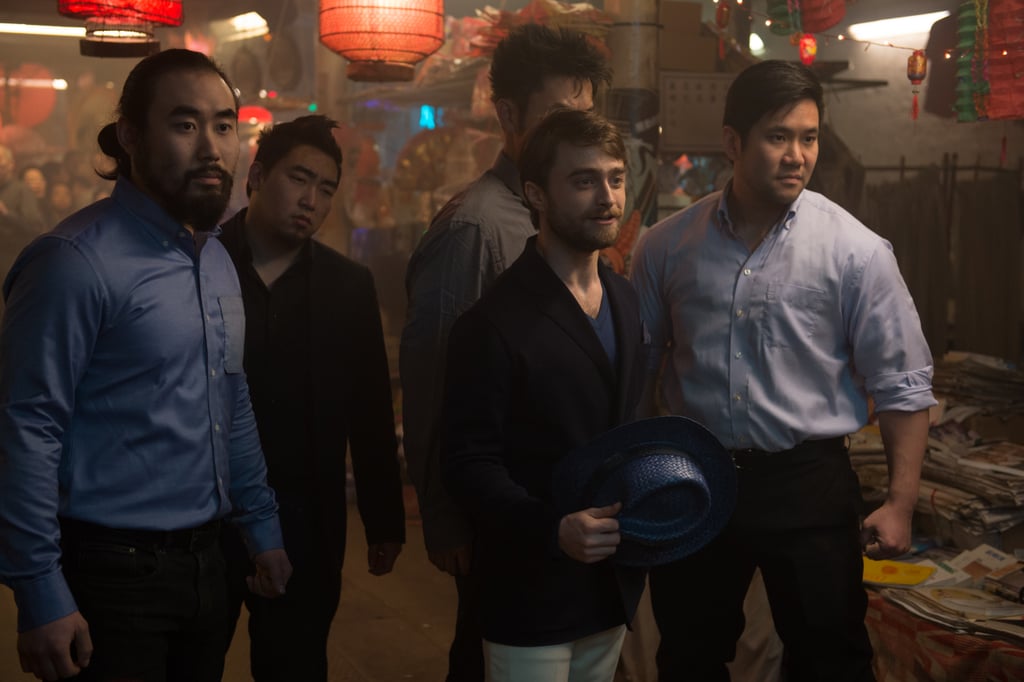 A Tech Wizard Stirs Up Some Trouble

As the Four Horsemen frantically try to make a getaway, they are completely disheveled to suddenly find themselves in Macau. Upon their arrival, they are taken to a tech wizard named Walter Mabry (Daniel Radcliffe). He explains that when they tried to escape, he hypnotized them and put them on a plane while they were unconscious. He blackmails the Horsemen into stealing a chip capable of cracking any code, so that he can finally live life off the grid.

Netflix
Finn Wolfhard Is as Excited as We Are About Stranger Things Season 4: "It Feels Like Home"
by Brea Cubit 9 hours ago

Blake Lively
Exclusive: Blake Lively Is a Master of Disguise and Destruction in This Intense Rhythm Section Clip
by Kelsie Gibson 8 hours ago