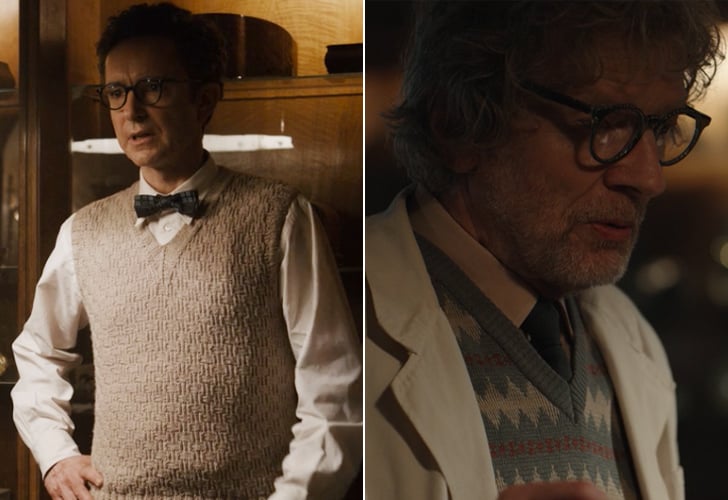 Season 1: The 1953 H.G. Tannhaus (Arnd Klawitter) and 1986 H.G. Tannhaus (Christian Steyer) — sweater-vest-loving scientist and clockmaker — equally (and inadvertently) play their parts in keeping the wormhole below the town open by helping to invent a special time-travelling device.

Season 2: H.G. Tannhaus appears primarily in the form of his books and photographs that are in his granddaughter Charlotte Doppler's attic. One of those old black-and-white photographs shows a group of men that include Adam and Noah. When Charlotte's daughter Elisabeth recognises Noah in the picture, Charlotte and her husband Peter begin trying to figure out what exactly is going on in Winden — and exactly who Charlotte's real parents are (spoiler alert: its Noah and her own daughter, Elisabeth).

Rihanna
"Bling Empire" Star Kane Lim on His Friendship With Rihanna: "I've Known Her For 7, 8 Years"
by Monica Sisavat 13 hours ago

TV
That Epic "House of the Dragon" Episode 7 Twist Ending, Explained
by Amanda Prahl 16 hours ago