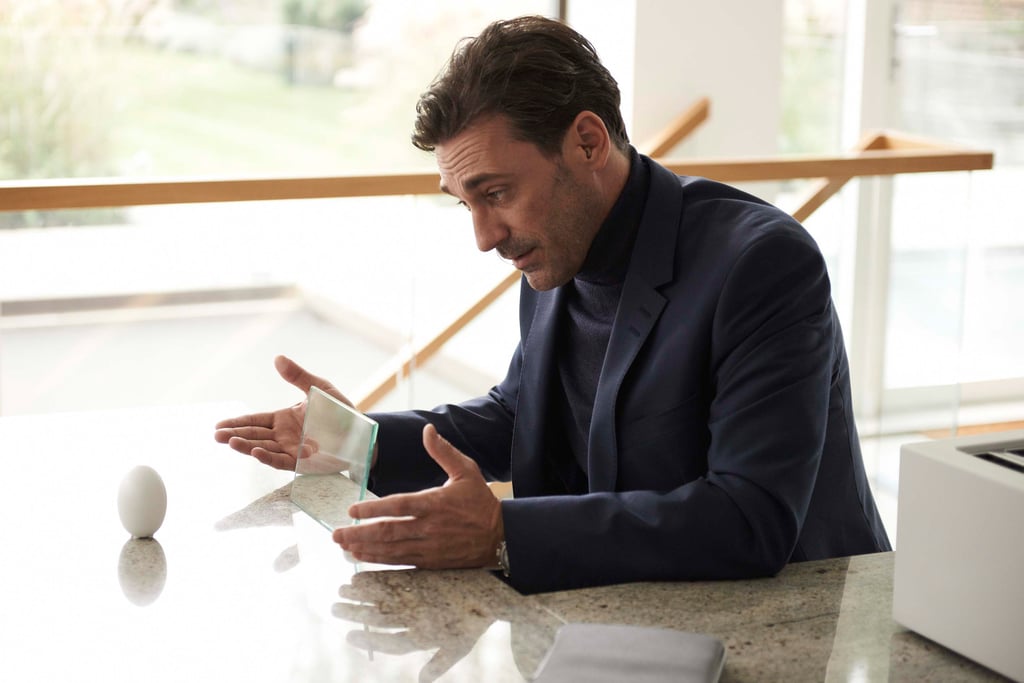 "White Christmas" isn't as cozy and festive as its name suggests — far from it. In fact, it's one of the darkest and twistiest episodes in the Black Mirror canon. Two men, Joe (Rafe Spall) and Matt (Jon Hamm) co-reside in a remote cabin in the woods and exchange stories of their troubled pasts. Matt, for example, discusses being physically blocked by his wife as well as his work where he replicates people's consciousness into "cookies."

The episode cleverly explores the gray ethics of using technology to alter reality and inhibit free will. We also learn about the technology that lays the sci-fi groundwork for future episodes such as "USS Callister." Other than its themes, the episode also has a delightfully twisty plot that's strengthened by a performance from Jon Hamm at his peak charismatic antihero abilities.

Netflix
Work It: Tyler Hutchings, aka Robby G., Is a Dancer IRL, and He Can Do Way More Than Flip
by Brea Cubit 7 hours ago