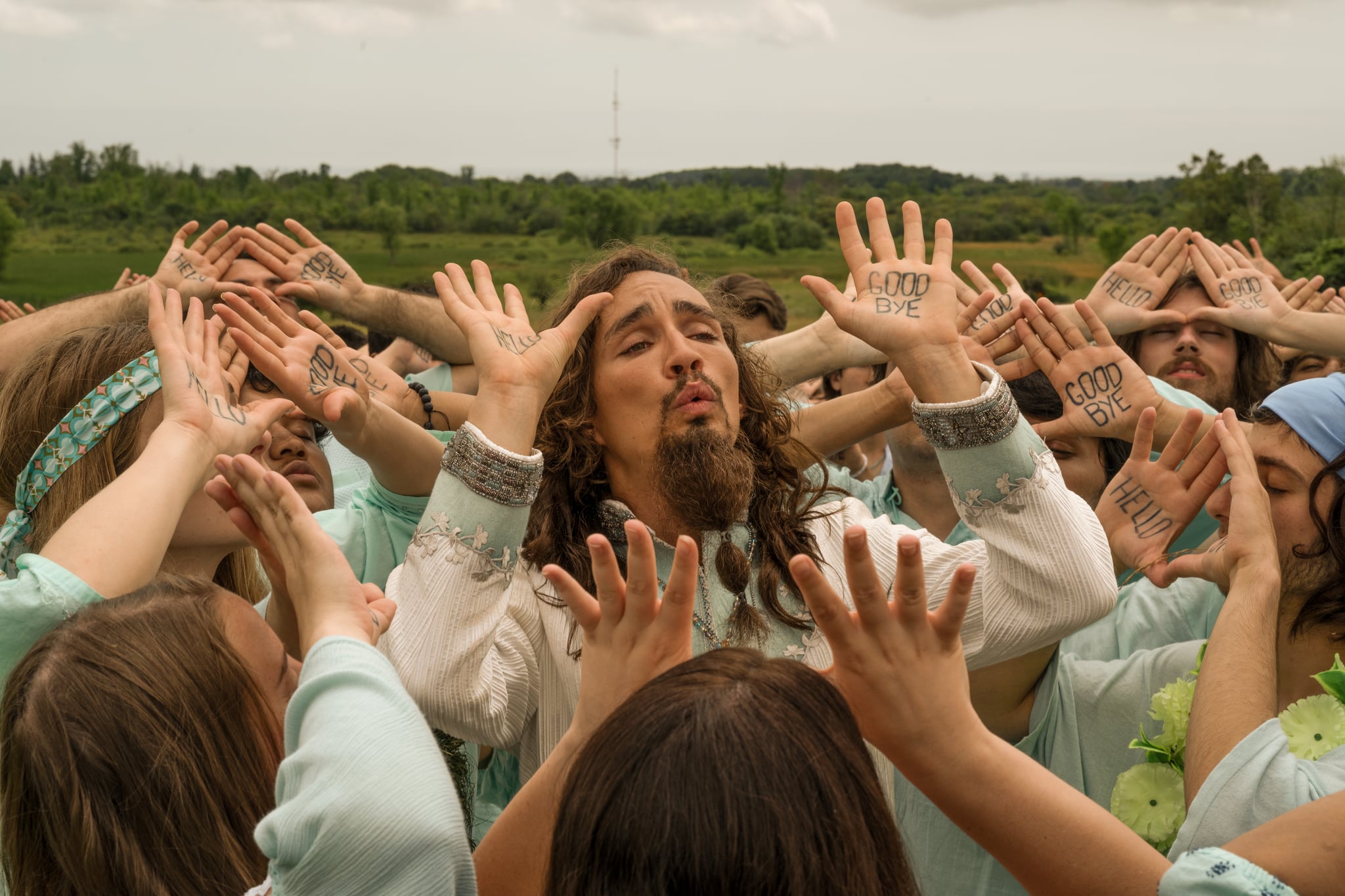 Image Source: Netflix
It didn't take long for Klaus Hargreeves to become a fan favorite on The Umbrella Academy, thanks mostly in part to Robert Sheehan. The 32-year-old actor is not only witty (a trait he shares with Klaus) but effortlessly charming. He's also not a stranger to the supernatural, at least when a script is involved. Besides Klaus, his most well-known character is the immortal Nathan Young from the British TV show Misfits. In a recent interview with POPSUGAR, Sheehan discussed what it's like to be a fan favorite, how Klaus's love for Dave transcends time, and what it was like to act as someone else.

In season one of The Umbrella Academy, Klaus gets a hold of a time-traveling briefcase and finds himself a part of the Vietnam War in 1968. It's here that he falls in love with a fellow soldier named Dave. However, Dave ends up dying during a battle in 1969, causing Klaus to leave his unit and travel back to the future. Although Klaus makes it back to the future, Dave leaves a lasting impression on him. "I think it's going to challenge people," Sheehan said of Klaus's relationship with Dave.

In the second season, the siblings are scattered across time, finding themselves in Dallas during the early 1960s. This allows Klaus to get a second chance with Dave, although not in the way he hopes. "When Klaus meets young Dave, there's this sense of love, but protective, fraternal love," Sheehan revealed. We also get more insight into Ben and Klaus's sibling relationship, with Ben realizing he may have more control over Klaus than he initially thought. The season culminates with the siblings returning to present day. Due to their actions in the past, an alternate future is created ― complete with an alternate Umbrella Academy called "the Sparrow Academy." Check out the full interview with Sheehan ahead.

Related:
8 Reasons The Umbrella Academy's Robert Sheehan Should Have a Place in Your Heart

POPSUGAR: I was a really big Misfits fan, and there are times that Klaus Hargreeves really feels like Nathan Young, particularly with the witty one-liners. Given that your character in Misfits couldn't die and Klaus speaks with the dead, how does it feel to have another fan-favorite character with a supernatural relationship with death?

Robert Sheehan: It's funny, isn't it? It's funny how the world sort of brings you back around, like a merry-go-round. It's brill, I mean, it's brill. I count myself very lucky in that regard. I've been out to a few events, post-Umbrella, and you meet a delightful odd mix of Misfit and Umbrella fans all splashed together. It's lovely if anyone has appreciation for your work. I'm very lucky for that.

PS: With the second season of Umbrella Academy, how did it feel to revisit the '60s in a lighter setting and expand upon the storyline between Dave and Klaus?

RS: Well, expanding on the storyline is always interesting. If you can find another few stations to stop by, in terms of the story, it's always very, very worthwhile. Going back to the early '60s, it was definitely worthwhile to continue that story with Dave, in the most odd Umbrella kind of way, where there's a strangeness to it because he's only like 17/16 years old.

"But I think what's interesting about the way it unfolded, certainly the way it was acted, was that fairly soon on in meeting Dave in that season, I realized that he's not quite my Dave yet."

I think it's going to challenge people with that, like here's a man in love with a man and now he's meeting the teenage version of that man. But I think what's interesting about the way it unfolded, certainly the way it was acted, was that fairly soon on in meeting Dave in this season, I realize that he's not quite my Dave yet. I think it reverts to an older fraternal sort of vibe. When Klaus meets young Dave, there's this sense of love, but protective, fraternal love. It sort of transmogrifies into that. 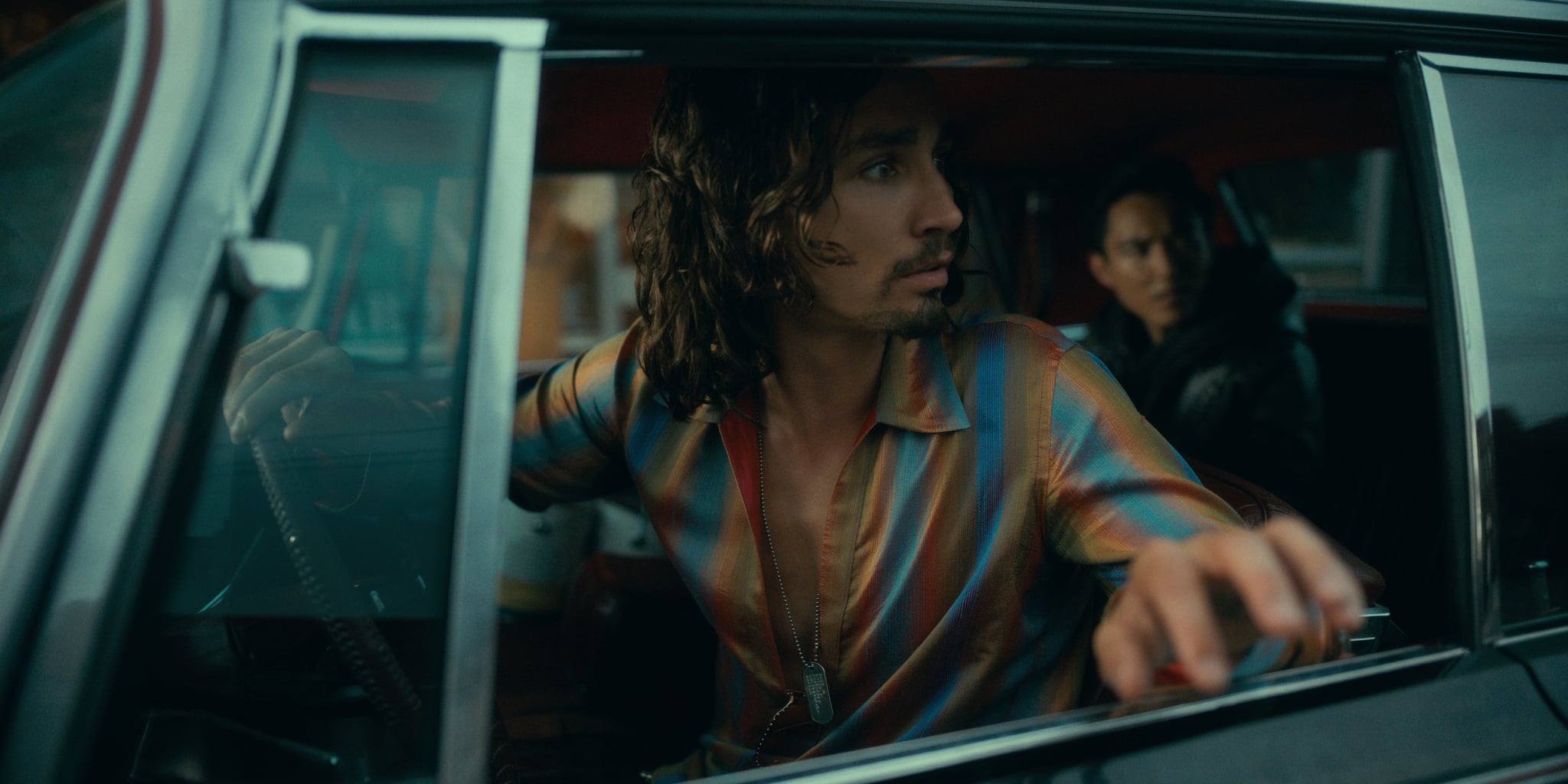 PS: I thought it was really interesting that we kind of started to see Dave rethink his choice to enlist, but then when the group went back to the future, everything is different. What was your take on the altered future when you first read the script?

RS: I was very intrigued to see how they would change the circumstances because you have to look ahead and wonder how all of this is going to affect the present. With me, I really don't need to know things that Klaus doesn't know, because what's the need for that? In fact, it can only do harm. I quite enjoy that sort Ken Loach approach of "tell the actors what they need to know, and the rest we can kind of learn as we go." That way it can be fresher in our heads and our souls.

PS: Going off of that big ending, do you have anything you can tell us about the alternate Umbrella Academy called the Sparrow Academy? And if you can't officially tell us anything, do you as Robert have your own theories?

RS: Well, I know that one of them is like a chicken stock cube. I think that's my main theory. And apart from that, perhaps due to sort of butterfly effect created in the early '60s, somehow it has compelled Reg Hargreeves (Colm Feore) to avoid adopting folks. Maybe that would be my theory.

PS: That was my theory, too. Particularly, when he wrote down everybody's names and what their powers were, and Ben was the only one he couldn't write down, so I think we're aligned on that.

RS: Yeah, exactly. He seeks to avoid us in the future. I don't blame him.

Related:
Robert Sheehan Is My All-Time Celeb Crush, and He'll be Yours Too After You See These Photos

PS: This time around, the Umbrella Academy is split up because of timing rather than that whole family dysfunction/estrangement from the first season, but since Ben is still dead and Klaus is still his conduit, they're obviously still together. What was one of your favorite Ben/Klaus moments from this season?

RS: Oh, you know what, there's a lovely bit of physical acting that, unfortunately, to make it happen, myself and Justin [H. Min] had to do our parts separately, but I swear to God . . . watching it come together with visual effects. There's a part where the two of us are essentially quarreling over possession, as it was kind of his body, and we're fighting really hard, with Klaus trying really hard to get Ben out of there. So, that was enormously fun to shoot. And it came out really well, and kudos to Everett Burrell's visual effects! Basically, Everett legitimized my physical acting.

PS: That was definitely one of my favorite parts, and I really like how it culminated in that Exorcist-like puke at the end.

RS: Poor old Justin had to get covered head to toe in that stuff, this sort of porridge mix gack. Oh, I'd say it looked like vomit on the day. 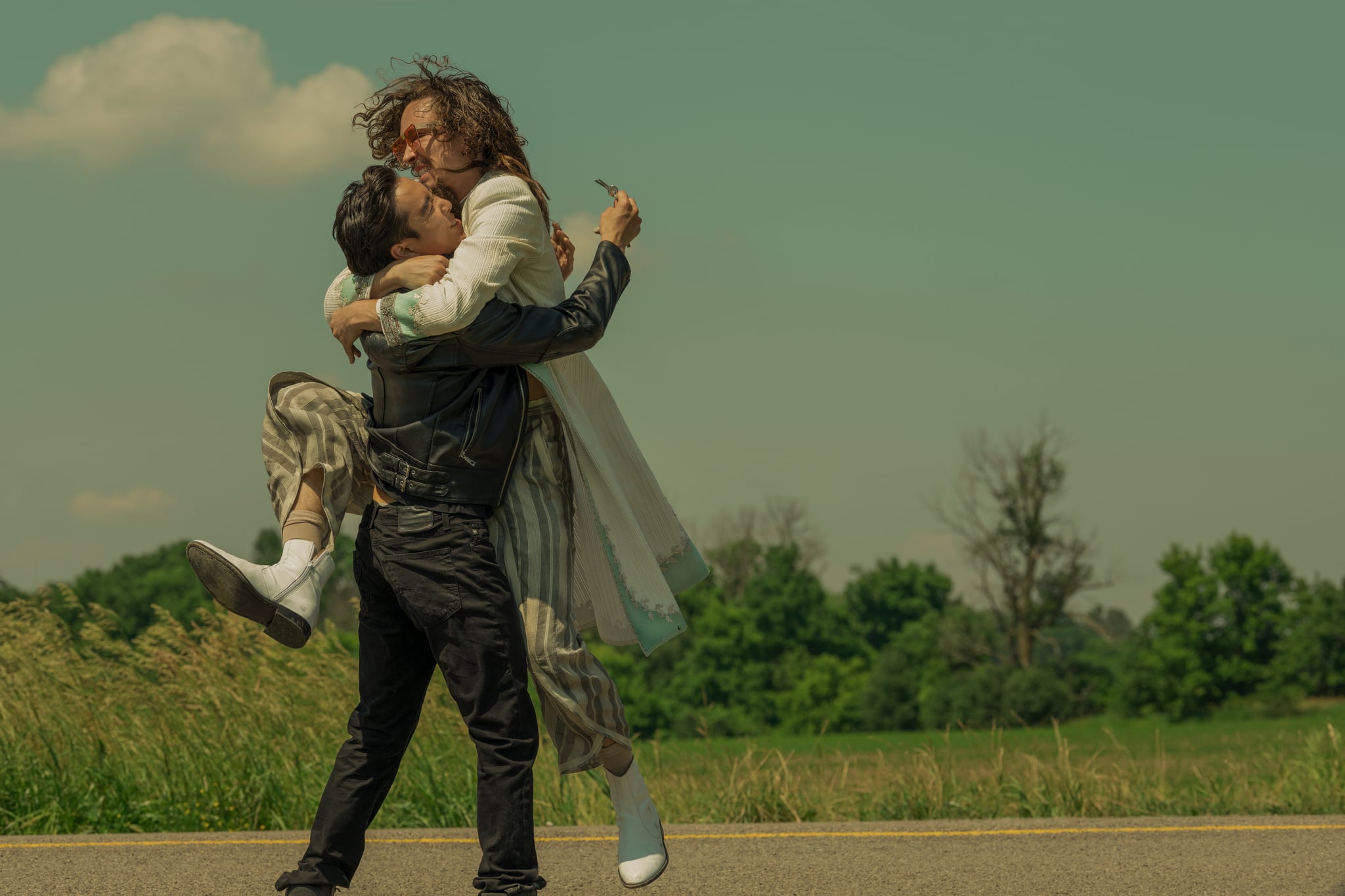 PS: Since you were talking about the aftermath of the Ben possession with your physical acting, what was it like having to film not as just Klaus but rather as Klaus possessed by Ben?

"And I thought ultimately, I have to just give the audience enough, a few little things with Ben, so don't overdo it — just be."

RS: It was very jarring. It inspired great levels of terror in me at the start and in the preparation. But that's fairly typical for any kind of preparation because you have to just prepare blind, and you can't really see a world where it's going to work. You just get in there and try and do as many things as you can to negate failing, you know what I mean? I badgered Justin to send me videos of him doing all the dialogue . . . and then I badgered him again . . . and then I badgered him again. It was a sort of continual badgering up until we had to do it. Then I practiced it a lot at home. And I thought, ultimately, I have to just give the audience enough, a few little things with Ben, so don't overdo it — just be. The trick with that is to not turn it into an impersonation because that would have really brought the show nowhere because then you're getting into pantomime territory. I just wanted to do a little bit, but not a lot in terms of that.

The Umbrella Academy seasons one and two are currently streaming on Netflix.