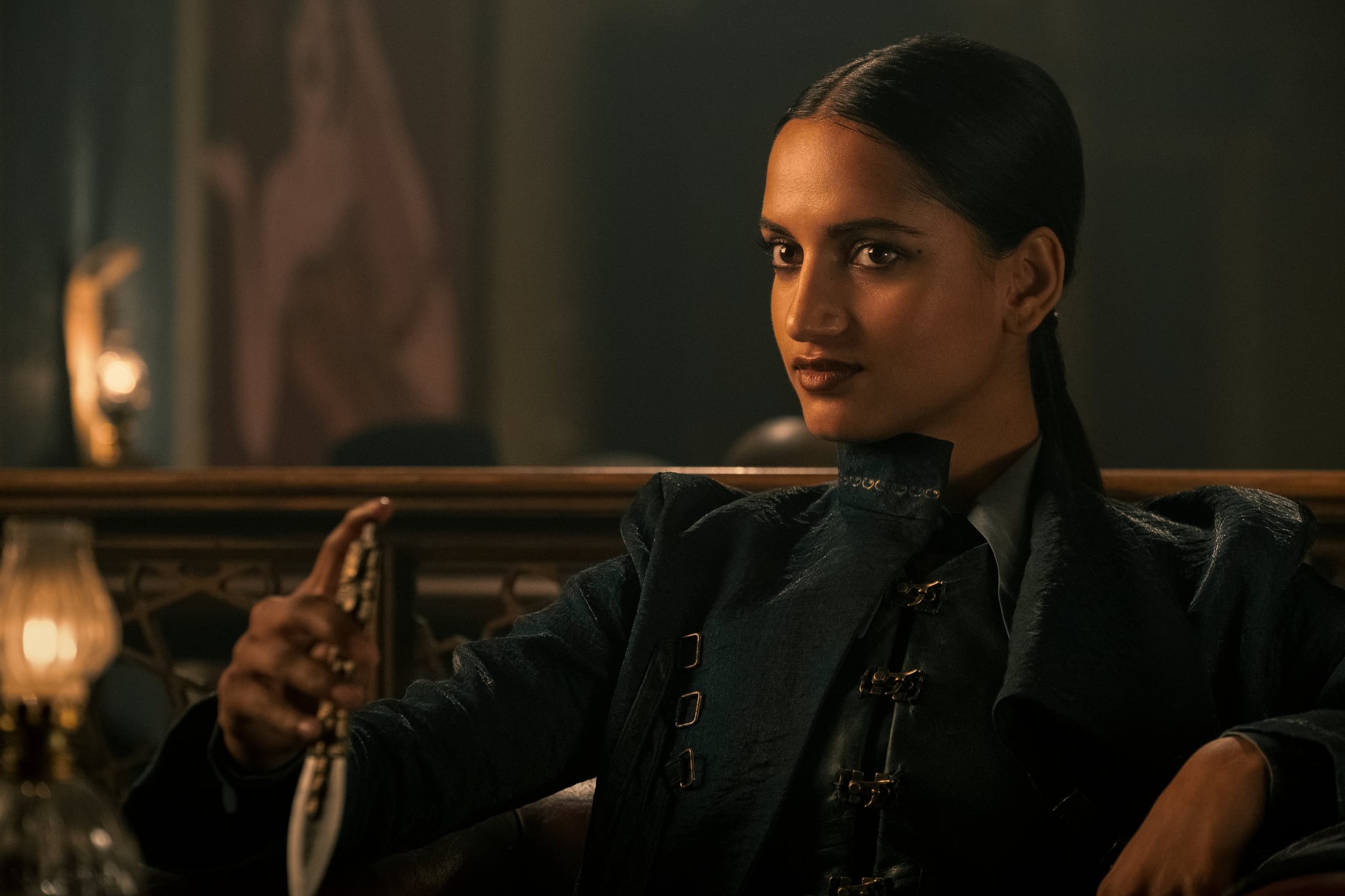 As a kid, I loved watching fantasy shows and movies. I was definitely a Harry Potter fan, adored The Spiderwick Chronicles, and loved to read about the adventures of Molly Moon and her time-traveling dog. As I got older though, my love affair with fantasy somewhat diminished, as I started to want to see more of myself in the TV shows that I was watching. I wanted to see people like me on the screen, a young South Asian woman experiencing some of the same things that I was, and eventually, I started to wonder why that never seemed to be the case.

Fast forward to 2021, and I was introduced to the TV adaptation of Shadow and Bone, a series of YA novels written by author Leigh Bardugo. The very first thing I noticed about the series was the sheer amount of representation, not just in terms of the diverse cast (which definitely plays a big part) but also the LGBTQ+ characters, the representation of the drag community, and the strong women protagonists. As someone who hasn't enjoyed a fantasy series since 2008, discovering this show felt like a major turning point for me.

A South Asian actor named Amita Suman plays one of the main characters, a member of the Dregs called Inej Ghafa. In a roundtable interview, we spoke about the show's representation and what it was like to be a part of the cast. For her, being able to portray a different narrative in fantasy was a huge selling point in working on the show. "It's the greatest gift ever, and I completely empathize with you," she told POPSUGAR.

"I grew up watching Lord of the Rings and some epic fantasy movies and films, and I never saw any diversity in them. It broke my heart because, coming into this industry, I thought I'd never get the opportunity," Suman said. "Fantasy is the one genre I admire and love so much, and I think it gives so much back to the viewers. What was really important for me was that I wasn't just ticking a diversity box; the characters that you see in the show and that are in the books, they're written for the people that you see, and what a celebration that is. I just hope that other people who've grown up in a similar position to me can realize that the industry is changing. Yes, it's got a really long way to go, but hopefully they can be inspired and not restrict themselves in their hopes and dreams." For me, the fact that a South Asian actor is one of the starring roles spoke volumes, and it definitely helped to know that the character was written with someone like her in mind.

The remaining cast of the show is still hugely inclusive, and while it's only a start, it was definitely intentional. Bardugo worked alongside the cast and directors to bring the story to life, and on the progressive nature of the series, she told us that "I really think that we're just one step on that path, or at least I hope we are. I think that [executive producer] Eric [Heisserer] went out of his way to make sure that his writers' room reflected the diversity of our cast. And that when we wrote the stories for these characters, that we treated them with honesty, and respect, and sensitivity. But I think there's a lot more to be done and there's a lot of books by authors of color that I'd love to see adapted. So I hope that we are just one more step on the journey to seeing a fantasy landscape that reflects our own world a lot better."

Having a diverse cast so viewers feel represented on screen is only part of the journey — another part of it is that it enables the cast to bring their own lived experiences into the roles they play. Jessie Mei Li plays the main character, a Sun Summoner named Alina Starkov. She explained that "it was just really nice for me to be able to use some of my own experience as a mixed-race person, of being constantly othered by everyone, and bring that to Alina's character, because when we meet her, she's very vulnerable and she's quite quiet in a way but then we find out that she's this really powerful being. It was really nice to weave in all of those things and to ask myself, 'Why is she hiding away? Why is she hiding her power from herself?,' realizing that it comes from being downtrodden by life and constantly told that you're different, and that you need to fit in."

The series itself also explores race quite early on, which is something I've personally not seen done before with other fantasy shows. Acknowledging a topic like that — one that's rarely been explored in that space, and something that a number of the show's viewers may have experienced — made it all the more relatable. For Mei Li, the role of Alina stood out to her because it specified that the casting directors were looking for someone who was mixed race, particularly of half Chinese descent. "I was just immediately like, 'Oh, this is so exciting!,' because that doesn't happen very often for me," Mei Li explained, adding that "the world that Leigh has written is really diverse. There are all these different nations and cultures, and you obviously needed to represent that properly so the cast is diverse."

On exploring themes such as racism, alongside not shying away from real-life trauma on screen, Bardugo said that "I think that I don't ever really set out to tell a story with a specific message or to say, 'I'm going to tackle toxic masculinity or racism or rape culture,' but if you want to tell a fantasy story and if you want it to feel real, then you have to be thoughtful about those things. To disregard them or to ignore them feels false, and I think that readers pick up on that very quickly."

Shadow and Bone may only be a small step on the journey to more progressive fantasy shows, but it's a step that we've been needing for quite some time. Whether it's simply acknowledging the issues that really matter or writing for and casting diverse roles, there are a number of ways in which this series stands apart from the rest.