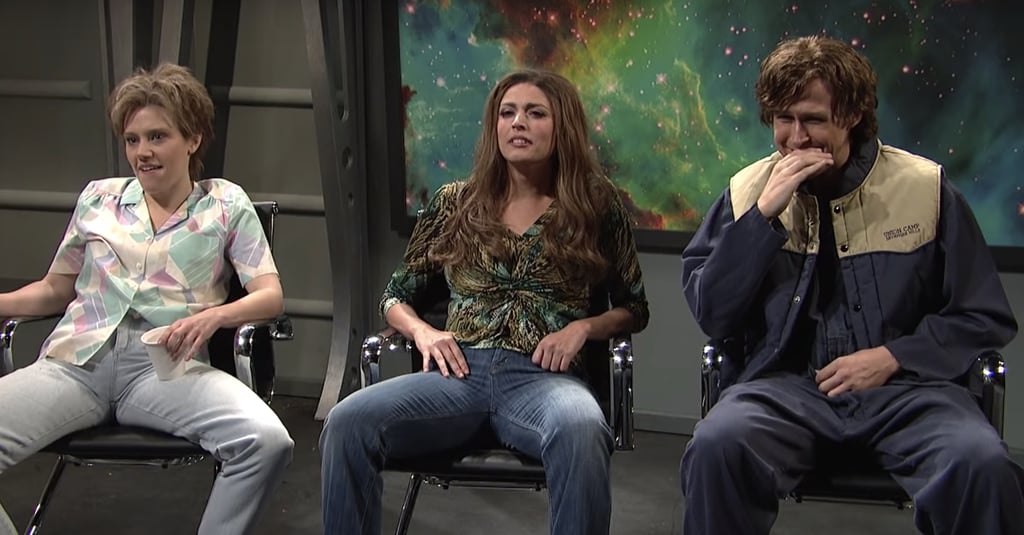 Hosting Saturday Night Live is a challenge, which is maybe why there are so many instances of SNL hosts breaking character. Over the decades, a who's who of Hollywood actors, music stars, and comedy legends have hosted the sketch comedy show and participated in the skits. Coming up against the masterful comedy of the show's cast is often too much for these hosts to handle, as they break character and get the giggles because of their costars' antics. If we're being honest, it's even funnier when they can't keep a straight face — they're just like the rest of us! If your day could use some hearty laughs, keep reading for 22 of the funniest moments of SNL hosts breaking character over the years.