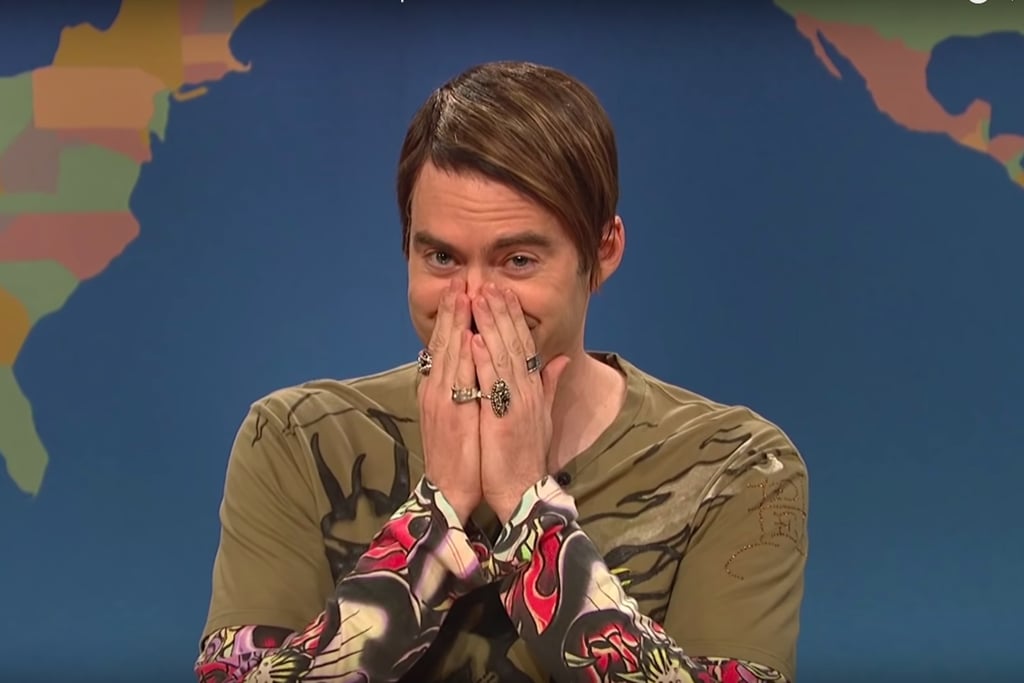 Bill Hader is a master at comedy, but he's not so great at keeping a straight face. During his run on Saturday Night Live from 2005 to 2013, the 41-year-old actor became well-known for breaking during his sketches. In fact, part of the reason his iconic Weekend Update character Stefon would cover his face with his hands was because writer John Mulaney would edit the script last-minute to try to make Hader crack, and it worked about 99.9 percent of the time! Honestly, the only thing funnier than Hader's incredible impressions is watching him completely lose it on live TV. See some of the best skits when Hader broke character on SNL ahead.