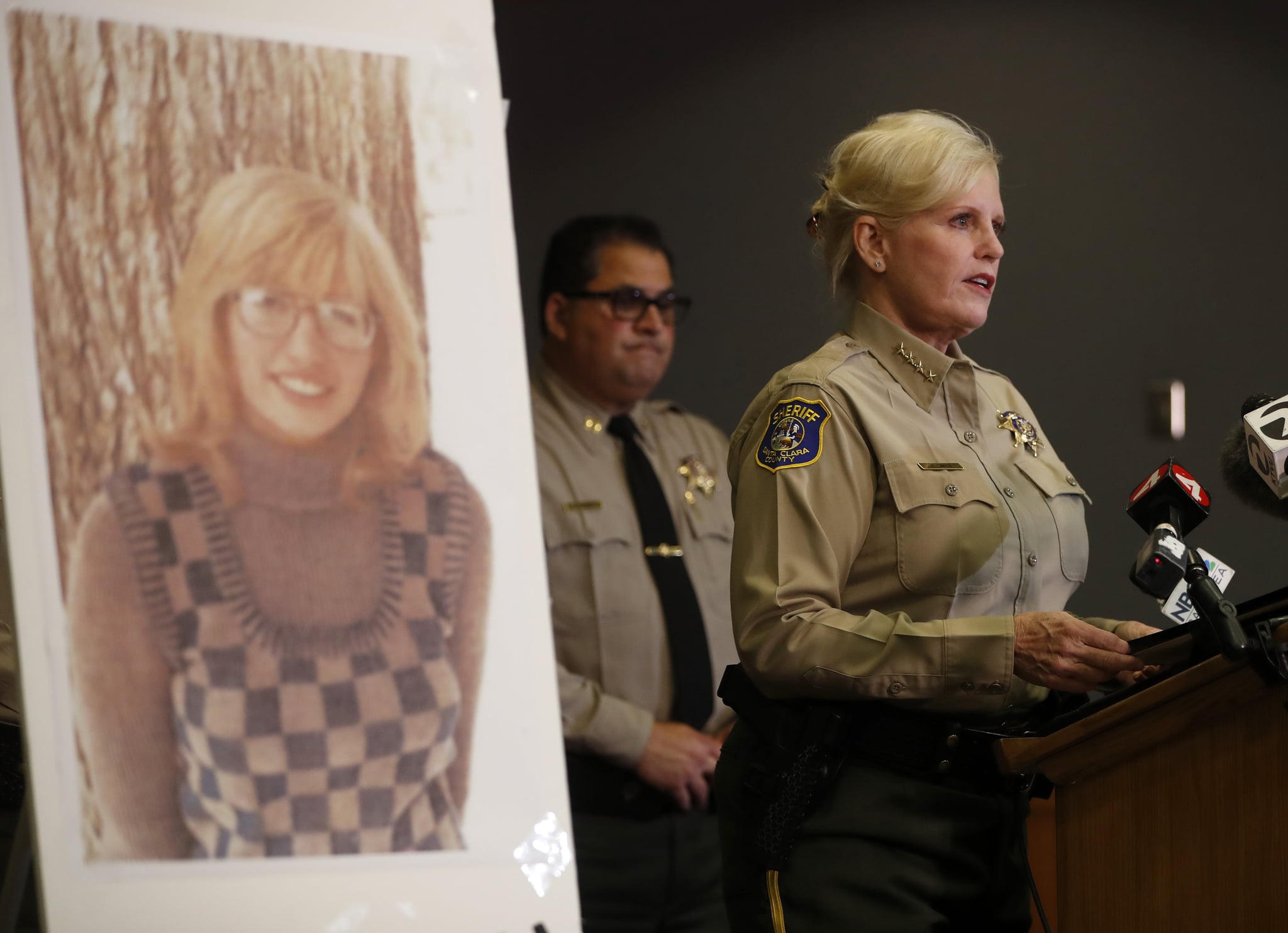 Netflix's latest true-crime offering, The Sons of Sam: A Descent Into Darkness, follows not only the terrifying Son of Sam case but also investigations that were linked to it. The docuseries makes the case that convicted serial killer David Berkowitz was not the only perpetrator involved when a series of shootings unfolded in New York City between 1976 and 1977. One of the cases pegged to Berkowitz's larger circle was the brutal murder of Arlis Perry at Stanford University. So who was Perry, and who killed her? The chilling 47-year-old case has finally been solved, and here are all the details that you need to know about it and how it connects back to Berkowitz.

Perry was a 19-year-old newlywed from Bismarck, ND, who had just moved out to California to live with her husband on the Stanford campus. The night of her murder, she had gone to Memorial Church to pray. On Oct. 13, 1974, campus police found her brutally murdered and naked from the waist down. Although they looked into security guard Stephen Crawford, who claimed that he discovered Perry's body, investigators couldn't figure out the case for decades.

Journalist Maury Terry believed that Perry's death involved a satanic cult spread across the nation and had strong suspicions about Crawford. From prison, Berkowitz sent Lieutenant Terry Gardner a copy of The Anatomy of Witchcraft, in which Berkowitz had scrawled the message, "Arliss Perry, hunted, stalked, and slain. Followed to California. Stanford Univ." Berkowitz also claimed that he knew of an individual from a cult meeting who claimed to know who killed Perry. Apparently, Terry also learned from Berkowitz that Perry had supposedly been hunted down and assassinated by a cult from North Dakota. Despite all the information that he shared, Berkowitz shied away from the investigation, worried someone would kill his father if he snitched.

At the end of The Sons of Sam, we see footage of detectives contacting Crawford, the security guard, in 2018. Before police caught him, the 72-year-old died by a self-inflicted gunshot wound. After over 40 years, investigators finally linked DNA evidence at the scene of the crime to Crawford. The detectives also found a few items of interest in Crawford's home, including a copy of Terry's book, The Ultimate Evil. Many had dismissed Terry's theory that Berkowitz was involved in a widespread satanic cult, but this shocking evidence suggested there could have been more merit to his speculation.