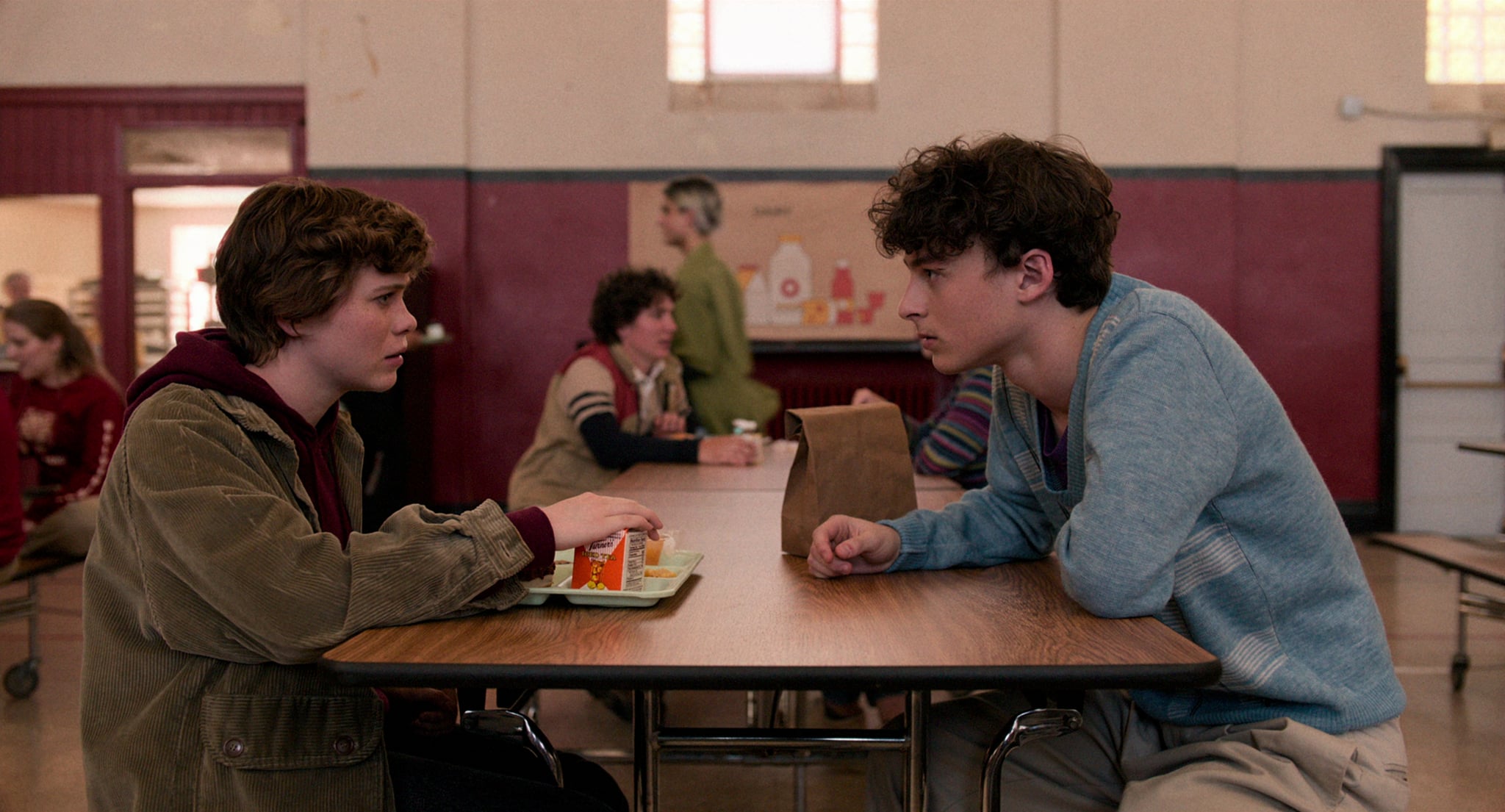 Sophia Lillis and Wyatt Oleff aren't strangers to sharing the screen. As former It and It: Chapter 2 costars, the young actors built their friendship years ago, but the experience of recently filming I Am Not Okay With This as Sydney Novak and Stanley Barber gave them another opportunity to grow and add layers to an already-strong foundation.

"Hopefully people are able to relate to the people on screen and get through their own problems."

The Netflix series (based on the graphic novel by the same name) has been described as "Stranger Things meets Sex Education" with a little John Hughes thrown in the mix. It centers on Sydney, an angsty teenager who is struggling to harness an explosive power triggered by her emotions, and her relationships (both familial and friendly) are a focal point of the show's plot. She strikes up a camaraderie with her neighbor Stanley, who becomes her mentor of sorts as she navigates her supernatural abilities.

Lillis, 18, said she saw a lot of herself in Sydney while they filmed. "I love Sydney as a character," she told POPSUGAR over the phone. "I just love how hard she tries at everything she does and how she doesn't give up and how she just constantly messes up. I know that's a weird reason to love her, but I don't know. Something about the way that no matter what she does, there's always something else that happened and everything keeps going wrong, just makes me love her all the more."

Oleff, 16, on the other hand, aspires to apply some of Stanley's qualities in his own life. "Stanley, I would say his sense of self-love is really strong and the love he shares for others just . . . I don't know, he knows who he is, and because of that, he's able to be so free and be himself, and I really admire that and aspire to be like that. Playing a character like that also helped me on my journey to becoming who he really is," Oleff said.

Related:
I Am Not Okay With This: We Think We Know Who That Mysterious Stranger Might Be

For Lillis and Oleff, the natural chemistry viewers see on screen is a result of the trust they have for each other in real life. Talking with them, you can tell they are more than happy to brag about each other. Oleff boasts about Lillis's artistic talents, while she sings his praises in regards to his piano skills. It's clear their connection is deep. "I do believe that this sense of trust had gotten stronger [since It]," Oleff said. "I think we trust each other a lot more. And, of course, like all of us on It, we trust each other to the max."

Lillis and Oleff said they hope viewers get really excited about the characters and their journey with hopes to keep things rolling with a second season. "We hope that people take away just that sense of being yourself that the show emanates from a lot of its characters. And hopefully, people are able to relate to the people on screen and get through their own problems," Oleff said. "Hopefully, this story touched a lot of people."

I Am Not Okay With This season one is available to stream on Netflix now.