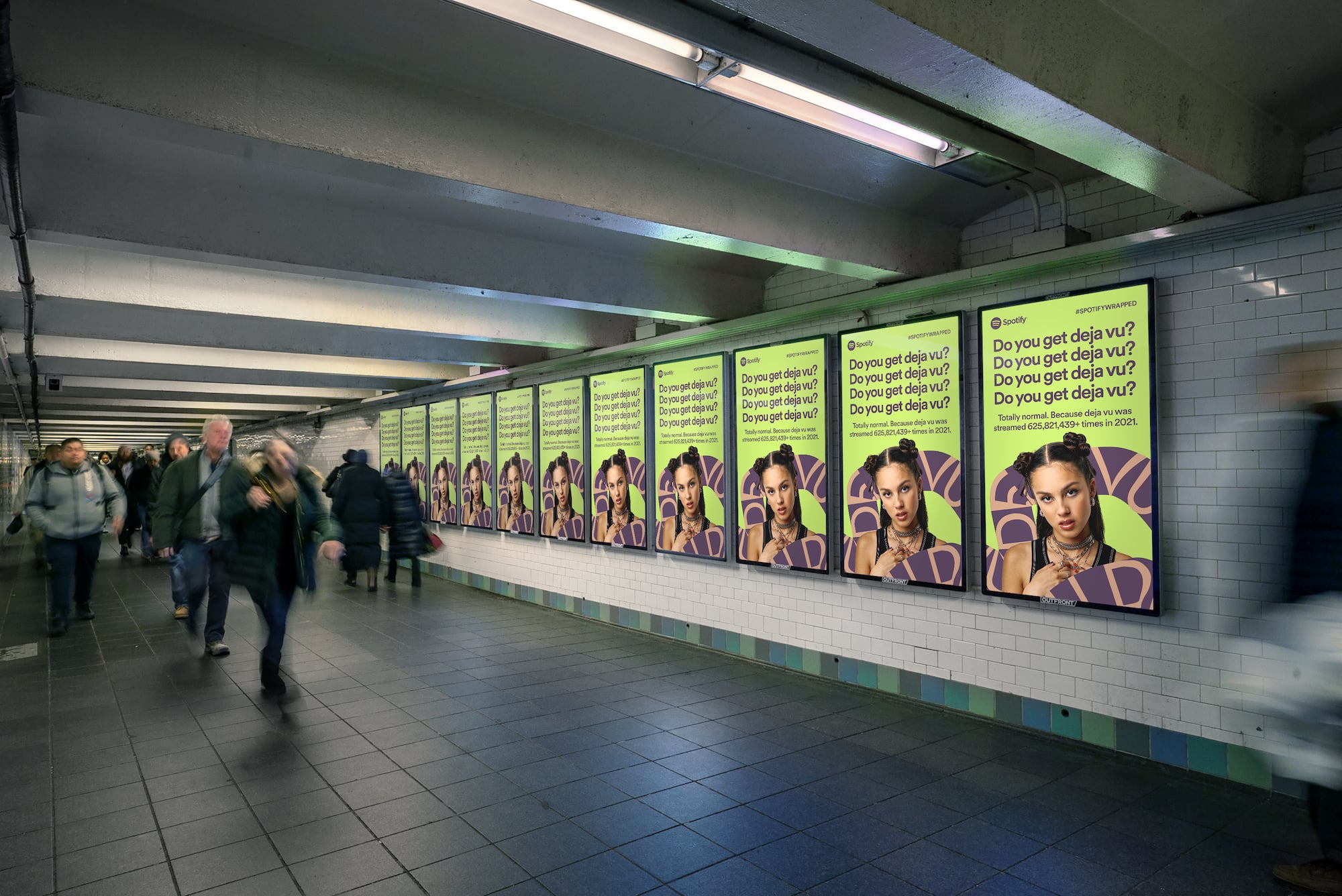 Music-lovers everywhere look forward to sharing their Spotify Wrapped results every year! In 2021, the streaming service introduced several new features, but "Audio Aura" sparked the most conversation. It allows listeners to reflect back on the moods and vibes that shaped their musical experiences by assigning colors to different mood categories. For instance, purple represents passion, while orange pairs well with bold, rebellious energy. Next, those different moods are paired with songs on Spotify before each listener receives their top two moods that best match their listening habits. But speaking of moods, wouldn't it be cool to know what the entire world was feeling this year, relatively speaking? Thanks to some exclusive data from our friends at Spotify, we have a better idea. Read on to see the emotions that defined us in 2021.

Joyful Tunes Were in High Demand

Playlists with "joyful" in the title saw more than a 100 percent increase — and over a million "joyful" playlists have been created to date. Unsurprisingly, "Happy" by Pharrell Williams, "Despacito" by Luis Fonsi and Daddy Yankee, "Dance Monkey" by Tones and I, and "Can't Stop the Feeling!" by Justin Timberlake delivered a much-needed serotonin boost to listeners.

The Vibes Were *Very* Chill

Given the ongoing pandemic, it's only natural that listeners wanted to take it easy. In fact, "chill" was Spotify's top mood this year, with a whopping 51 million playlists created. The number of streamed playlists with the words "mood" or "mood boost" skyrocketed by over 135 percent. This year alone, the streaming service's "Mood Booster" editorial playlist received over 1.1 billion plays.

We Were Deep in Our Feelings

Spotify's "Sad Guitar" editorial playlist saw a 1,500 percent jump in plays this year. To date, over 21 million playlists with "sad" in the title exist on the platform. And who better than Adele to send us on an emotional roller coaster? "When We Were Young," anyone? Other top contenders include "Hold Me While You Wait" by Lewis Capaldi, "You Were Good to Me" by Jeremy Zucker and Chelsea Cutler, "July" by Noah Cyrus, and "Train Wreck" by James Arthur.

Confidence Was in the Air

Dominated by women artists, "confidence"-themed playlists increased by 110 percent in 2021 compared to the previous year. The most-added songs? "Body" by Megan Thee Stallion, "Best Friend" by Saweetie feat. Doja Cat, "No Scrubs" by TLC, "Therefore I Am" by Billie Eilish, and "The Man" by Taylor Swift. Good lookin' out, ladies!

All data is from January 2021 through October 2021 unless stated otherwise.

TV
Carl From "Up" Is Dating Again in Disney+'s Short Film "Dug Days: Carl's Date"
by Sabienna Bowman 1 day ago

by Princess Gabbara 20 minutes ago