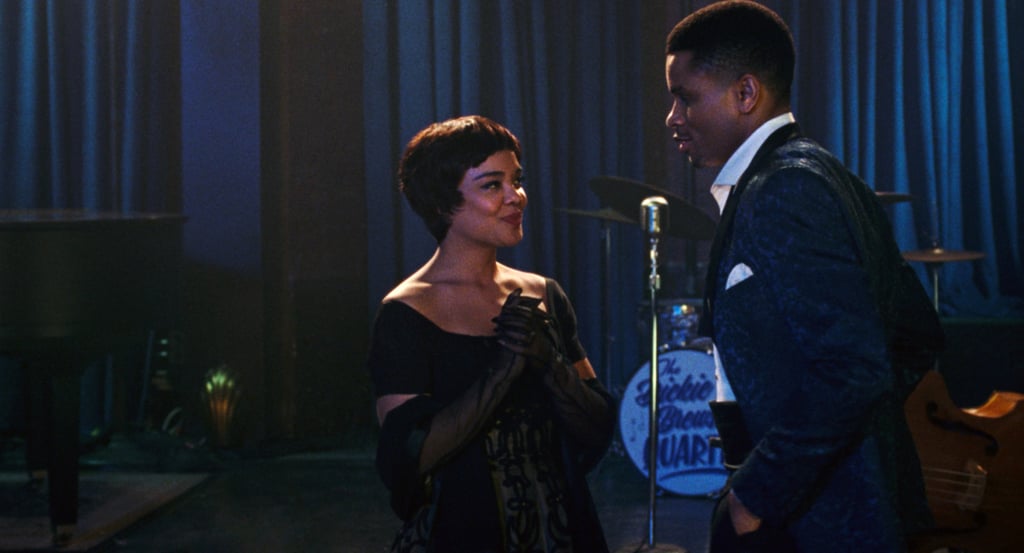 Of Course, the Soundtrack to Sylvie's Love Is Just as Delightful as the Film

Starring Tessa Thompson and Nnamdi Asomugha, Sylvie's Love is a delightful throwback to the late 1950s and early 1960s as it tells an old-fashioned love story of a young woman working at her father's record store in Harlem who meets an aspiring saxophone player. The film initially premiered at Sundance in January before it officially made its way to Amazon Prime Video on Dec. 23. Just like the story and its characters, the movie has a beautiful soundtrack to match. Composer Fabrice Lecomte is responsible for the majority of the music heard in the film, and in an interview with the Santa Barbara International Film Festival earlier this month, he revealed that all the songs were exclusively composed for the film.

"[Screenwriter] Eugene [Ashe] had everything planned perfectly, and the first thing he wanted to do in order to make the movie as realistic as possible for the period, he wanted to have just tunes written in that style specifically from the point of view of the pianist," Lecomte explained. "He wanted to have the tunes recorded the way they used to do at the time . . . in just two takes, they would have the final product. It didn't matter if there were some dirty notes, they were part of the moments, the impetus. We had a stellar group performing and that's exactly what they did — that's why they sound so fresh."

Listen to the gorgeous soundtrack for Sylvie's Love ahead.