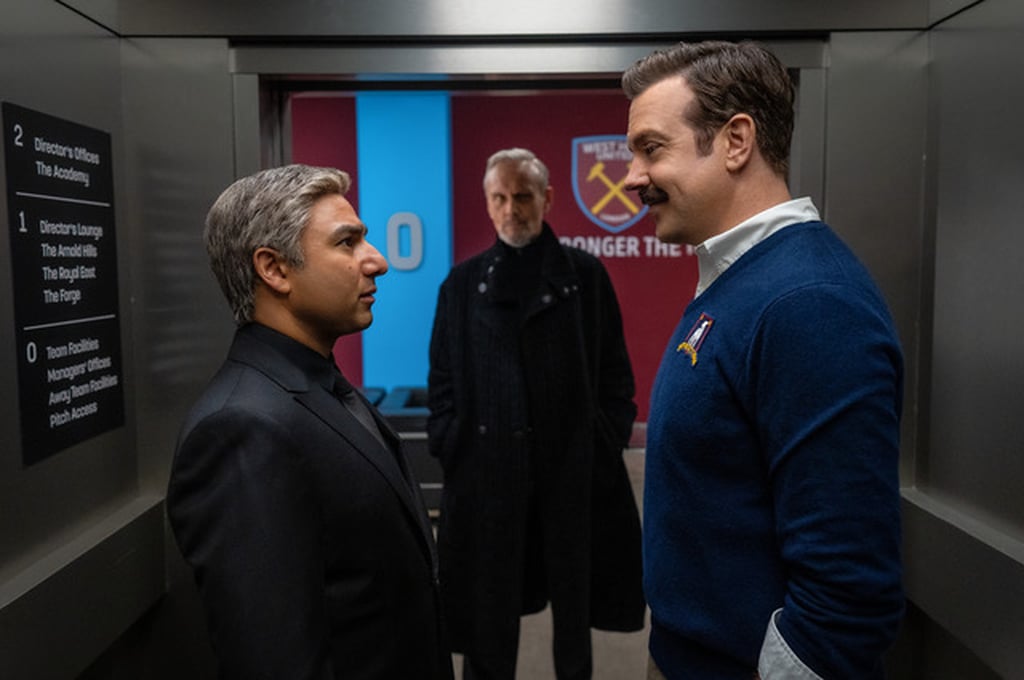 The third season of "Ted Lasso" is on its way. On Jan. 18, Apple TV+ announced that the show is set to return in 2023 and released a first glimpse at the upcoming installment. In the photo, Nathan Shelley (Nick Mohammed) faces off with Jason Sudeikis's Ted Lasso while another villainous character, Rupert (Anthony Head), looks on.

Still, the cast continue to be evasive about whether the next batch of episodes will also be the show's last. Hannah Waddingham addressed the issue at the Emmys on Sept. 12, 2022, and it seems she wasn't ready to say goodbye.

"I don't know. I actually don't know," she told "E! Live From the Red Carpet" host Laverne Cox about if the final season will be the end. She added, "I think that it might be in terms of like an end of a story. But who knows . . . We'll put Jason [Sudeikis] in a darkened room with a notepad and a paper and go 'do it!' "

But in an interview with the Sunday Times in June 2022, star Brett Goldstein said that season three of the show is going to be the show's last. "We are writing it like that," he said. "It was planned as three. Spoiler alert — everyone dies." Goldstein was a little less affirmative while chatting with reporters in the press room after his Emmys win on Monday. "Truly, the plan is entirely in Jason's hands. I know that all of us would happily do this for 20 years and maybe then wrap it up," Goldstein said. "In theory we've been writing this like it's the end . . . but who knows. I'd probably get killed if I say anything else. But I also don't know!"

"Ted Lasso" was created by Sudeikis, Bill Lawrence, Brendan Hunt, and Joe Kelly and is showrun by Lawrence, who created "Scrubs." The first season of the show cleaned up at the 2021 Emmys, where it was nominated for 13 awards. Sudeikis won for his performance as Ted, Waddingham won for her work as AFC Richmond owner Rebecca Welton, and Goldstein won for his work as veteran soccer player Roy Kent. Sudeikis and Goldstein followed up their wins in 2022.

Sudeikis told Entertainment Weekly in 2021 that the show has a "three-season arc." For the new season, the team got a fresh look with new uniforms (known as kits to soccer fans), featuring AFC Richmond's newest sponsor, the fictional dating app Bantr. Nike hinted that it'll actually sell real jerseys to show fans soon.