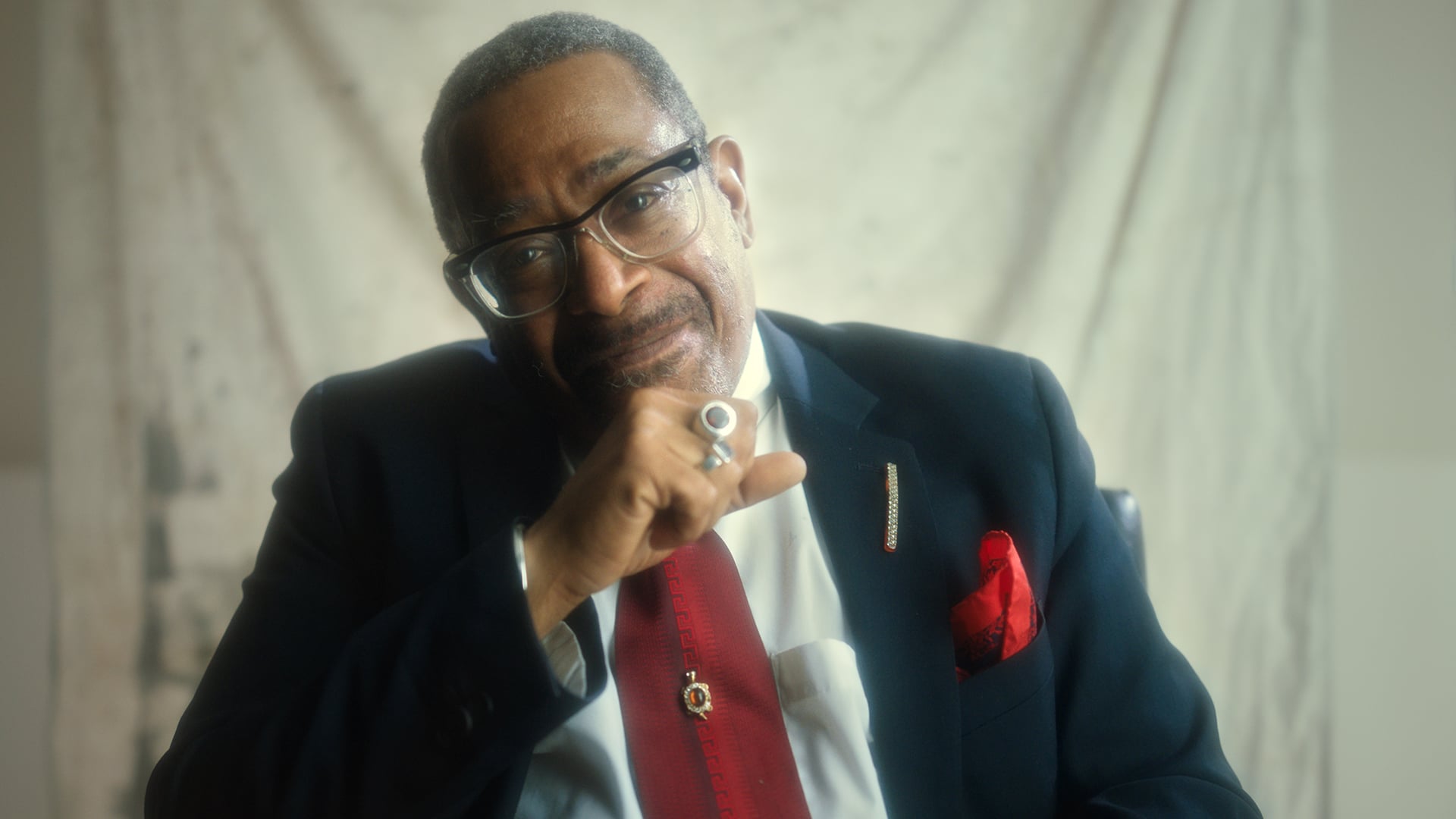 In 1992, Joan Jett Blakk made a bid for the White House as the first openly queer person to run for US president. As a write-in candidate, Blakk went up against Bill Clinton and George H. W. Bush, and although Clinton got inaugurated in the end, Blakk's name will forever be cemented in US history. Blakk is the drag persona of activist Terence Smith, and Smith's story is being revisited once again in Whitney Skauge's documentary short The Beauty President, which is being shown at this year's Outfest Fusion Film Festival after it originally premiered at SXSW.

Through footage from his campaign trail and a charming present-day interview, Smith reflects on what it was like to come out during a time of political unrest and the height of the AIDS crisis. He also makes it clear that despite his presidential bid, his intentions were never to actually become president. Instead, his goal was to shed light on the LGBTQ+ community and the AIDS epidemic. "We went through a lot of trouble; well, not trouble in the real sense of the word, but there were moments that were hard," Smith told POPSUGAR. "I really believe, though, that our insistence on being seen and heard worked."

"I really believe, though, that our insistence on being seen and heard worked."

At one point in the doc, an old clip is shown of Blakk being interviewed by a woman on the street after she notices everyone looking at Blakk and shaking their heads, to which Blakk quips, "They should be shaking their heads at George Bush being president of America and not doing a damn thing about AIDS or healthcare. That's what they should be shaking their heads at, not me." When I asked Smith what he would have done differently than Bush or Clinton if he had gotten elected, he replied, "We would have had universal healthcare like every other country in the world. It's crazy that insurance companies and medical companies do the sh*t they do and get away with it."

Looking back at that time in his life, Smith said the biggest lesson he learned from his historic run for president was "that you will find allies in places you never expected to." However, don't count on him running again. "Donald Trump f*cked everything up as far as fringe candidates for president go . . . He opened the door for every hate group to come in," Smith said. "There is no more room for satire and humor to be in that race anymore. Trump lied so much and so often and got so off the wall of reality that it ruined any element of humor the race had."

At its core, The Beauty President is an inspiring story about a beautiful queen who made her mark on US history by giving the LGBTQ+ community a platform to be seen and heard during a time when no one would listen. The documentary short is currently being shown at the Outfest Fusion Film Festival, which is running from April 16-20. You can purchase tickets now on the official festival website.

Ghostbusters
The "Ghostbusters: Afterlife" Sequel Has a Release Date
by Njera Perkins 4 hours ago

Identity
What to Know About Top-Surgery Scars, According to Plastic Surgeons
by Casey Clark 7 hours ago