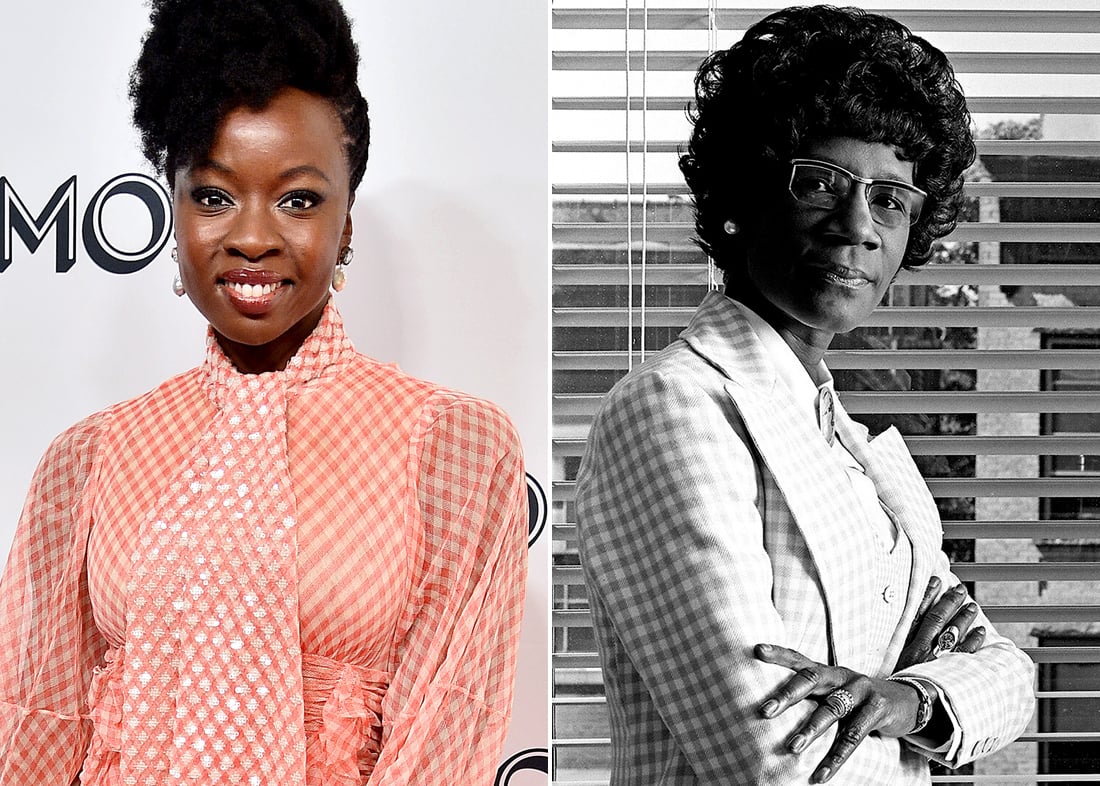 Shirley Chisholm's influential story is getting the big screen recognition it deserves. On Nov. 11, Variety confirmed that Danai Gurira will portray the political pioneer in the film The Fighting Shirley Chisholm. The movie will detail Chisholm's barrier-breaking 1972 presidential run, which took place four years after she became the first Black congresswoman. According to Variety, the project is not a biopic, but it will focus on Chisholm's campaign and how it "was populated by young people who sought social and political change during one of the most turbulent times in American history." The film will also capture Chisholm's endeavor to "make real change by challenging the status quo through her efforts to gain enough delegates to speak for the people at the Democratic Convention."

Cherien Dabis is set to direct the project and Adam Countee will pen the script. Additionally, Stephanie Allain will produce through her Homegrown Pictures banner with Gabrielle Ebron as an executive producer. Although Chisholm's legacy was honored in the 2004 documentary Shirley Chisholm '72: Unbought and Unbossed, it's high time her story gets retold as a feature film. She forever changed the political landscape, pushing the US toward a brighter, hopeful, and more progressive future.