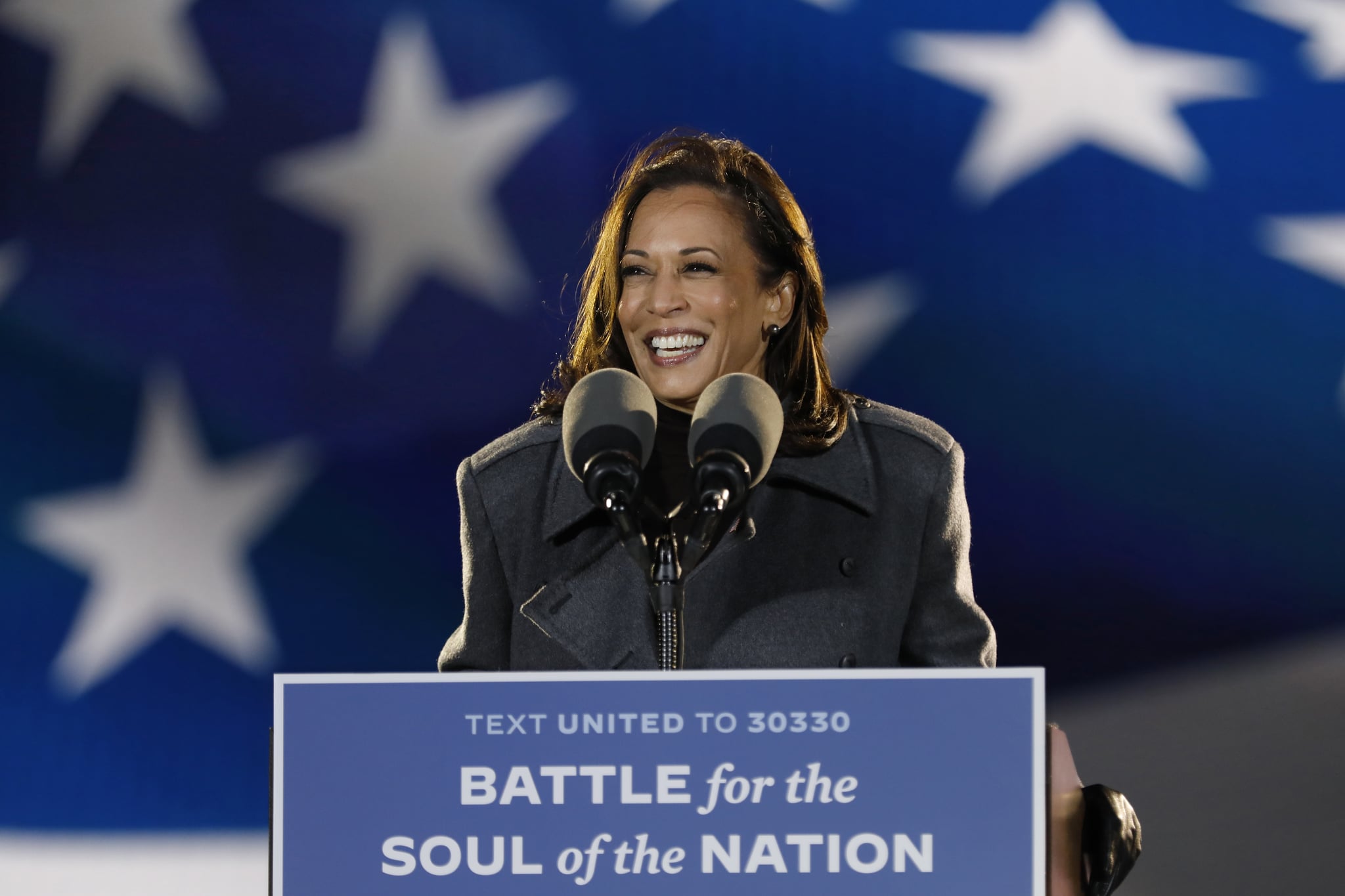 Throughout the country, the many efforts of Black women boosted voter turnout, giving Biden and Harris an advantage. The Divine Nine, a union of Black sororities and fraternities, led several enterprises to help Black voters get to the polls. Adjoa Asamoah, a Delta Sigma Theta who serves as Biden and Harris's national adviser for Black engagement, told POPSUGAR that she and other D9 members "have all vowed to move the needle for our community." She added: "Progress is not a spectator sport, and as a strategist who mobilizes leaders and communities for social change and political action, it was important for me to help fight this battle."

But I remained faithful, and I paired sentiment with action to shift the tide. Now, we're about to have the first woman and person of color as vice president.

Stacey Abrams is one of the many trailblazers who have worked especially hard to thwart voter-suppression tactics that disproportionately affect Black voters. After losing the Georgia governor's race by 55,000 votes in 2018, Abrams set out to ensure that Black voices and ballots truly mattered and were being counted. She created the organization Fair Fight, which promotes fair elections and encourages voter registration. She also supported a network of other civic nonprofits that empower constituents to actively partake in governmental change. Because of Abrams's inspiring endeavor, about 800,000 people have registered to vote in Georgia since 2018. Biden is now projected to win the state, making him the first Democratic president to do so since Bill Clinton secured it in 1992.

LaTosha Brown is another exemplar of Black women showing up. The political strategist cofounded Black Voters Matter Fund, which led an initiative to bus disenfranchised voters to polling stations throughout states, including California, Alabama, Atlanta, Mississippi, Tennessee, and North Carolina. She's also met with voters in states such as Michigan to discuss issues that matter while encouraging them to turn their hopes into submitted ballots. Brown spoke about the impact of Black votes in a feature for Essence, writing:

It's true many Black people have turned off of voting, of politics, of distinguishing difference between candidates or parties and their platforms. But they are not apathetic. I have never met a Black person who didn't have concerns for his or her community and hopes for a better future.

What we've been trying to do is to get people to understand that this is not a popularity contest. This is not about one candidate or even both major party candidates. This is about us and the power each of us has to bring forth a new system of governance that works for everyone, because when Black voters show up, we impact elections.

And it's true. Black votes really do determine elections, which is why certain politicians actively choosing to ignore the demographic is so foolish. And when Black people start to disfavorably affect said politicians, those office-bearers act shocked or confused. It just goes to show that white supremacy imprisons bigots in an illogical canton that eventually proves their lowliness. Abby Phillip, a White House correspondent for CNN, perfectly summed up why Donald Trump's racist track record, in particular, makes Biden and Harris's victory so meaningful. "Donald Trump's political career began with the racist birther lie. It may very well end with a Black woman in the White House," she said during a broadcast on Nov. 6.

Despite the current president's best efforts to delegitimize and quell Black voices — using coded language like "bad things happen in Philadelphia" and claiming voter fraud in Detroit polling sites — we refused to be silent. His delusions allowed him to think that he could tell far-right, neofascist groups to "stand back and stand by" without fear of consequence, but it ultimately cost him reelection. Not only did 80 percent of Black men vote for Biden, but a substantial 91 percent of Black women cast their ballots in favor of the Democrat.

In a world where Black women are so often put in boxes and told that they're not good enough, this is pivotal.

After a year full of loss and tragedy, Black people's hope for change finally feels tangible. We moved and mobilized to demand justice for Ahmaud Arbery, George Floyd, Breonna Taylor, Walter Wallace Jr., and so many other Black lives that were wrongfully taken by police and racists. The Black Lives Matter movement permeated through the global social consciousness in a way that we had never seen before, and it's hard to imagine that it didn't influence voter turnout. We just needed something major to mark the turning of America's chapter — better yet, something that marks the start of a new book, entirely. And Biden and Harris's win certainly feels like the prologue of a buoyant tome.

As I'm writing this, I'm fighting back tears, and, unlike four years ago, they're tears of joy. I can't even begin to describe how proud I am to be a Black woman in this moment (well, I'm always grateful for this melanin, but right now especially). I felt my heart break over and over again in 2020, and there were some days when I didn't see any light at the end of the tunnel. But I remained faithful, and I paired sentiment with action to shift the tide. Now, we're about to have the first woman and first person of color as vice president.

In a world where Black women are so often put in boxes and told that they're not good enough, this is pivotal. There's still so much work to be done. This certainly isn't the end of the line when it comes to addressing and rectifying issues like racial inequity, gender prejudice, climate change, the coronavirus pandemic, and economic downturn. But right here, right now, I'm taking this W and celebrating. We did it, Black women!