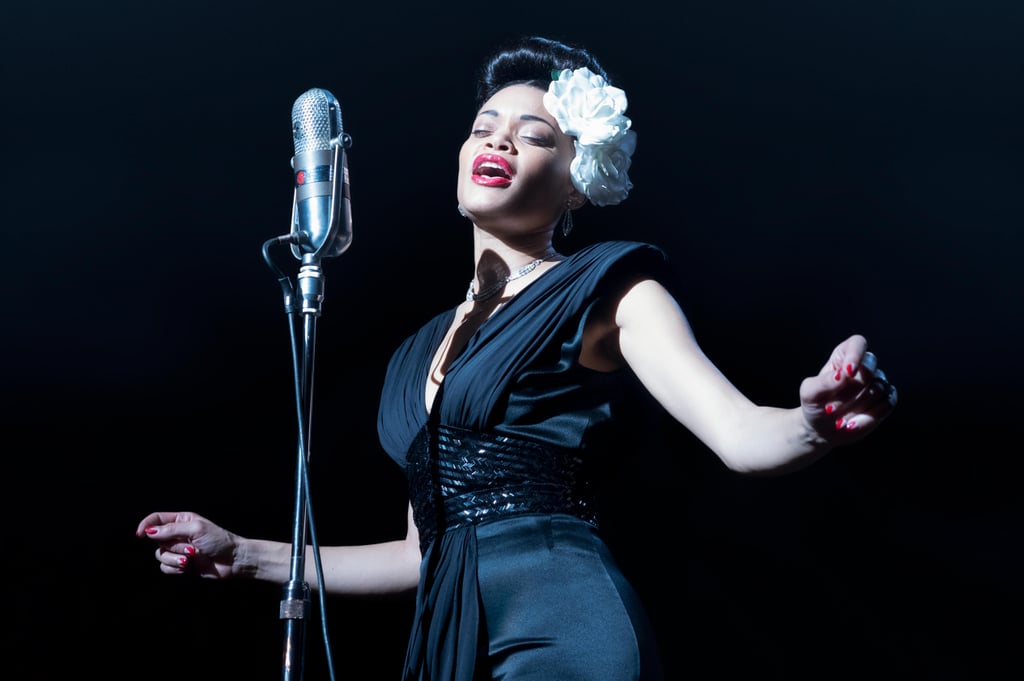 Get ready to sing the blues, because the trailer for The United States vs. Billie Holiday is here. On Jan. 11, Hulu unveiled the two-minute clip, starring Andra Day in the titular role. The film will follow Billie Holiday's life and career, showing how the "Strange Fruit" singer's advocacy for the Black community made her a target on the federal government's hit list. The movie, which was directed by Lee Daniels and written by Pulitzer Prize winner Suzan-Lori Parks, also stars Trevante Rhodes, Natasha Lyonne, Garrett Hedlund, and Miss Lawrence. It's set to hit Hulu on Feb. 26.

"Whether you are new to the story and legacy of Billie Holiday or know every note she ever sang, I do hope our celebration of this complex woman does justice to a great musical legend and civil rights activist whose artistry resonates as well today, as it did 80 years ago," Daniels said in a press release. "Hulu releasing this film and giving it a platform to be seen nationwide is a blessing, because as recent events reveal, our country has much work to do in fulfilling its promise of a more perfect union."

Watch the trailer for The United States vs. Billie Holiday ahead, then check out Day's new song, "All of Me," which will be featured on the film's soundtrack.