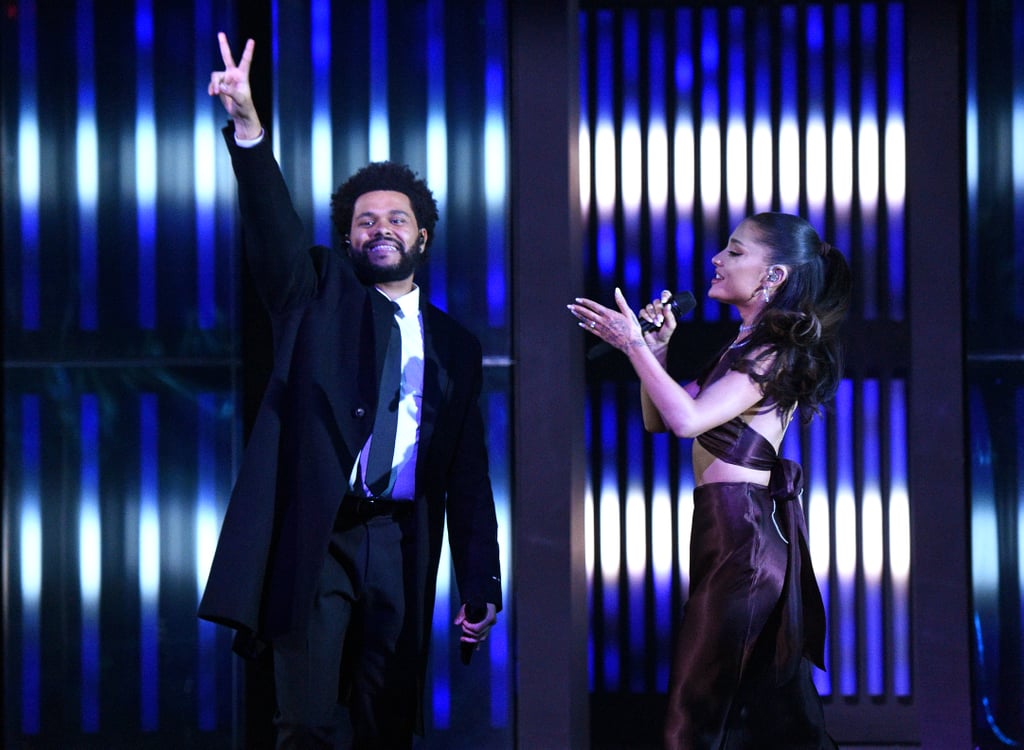 The Weeknd and Ariana Grande held nothing back when they kicked off the iHeartRadio Music Awards on Thursday night. Their performance of "Save Your Tears" was nothing short of spectacular, especially since it marked the first time the duo has performed the song live together. It seems we weren't the only ones excited, as both Grande and The Weeknd's singing was echoed by the voices of the live audience. The duo gave off sultry vintage vibes as Grande hit the highest of high notes. We're just glad The Weeknd seems to have retired his After Hours persona for the performance.

Music
Tems Performs "No Woman, No Cry" Live For the First Time at the Global Citizen Festival
by Sabienna Bowman 4 hours ago