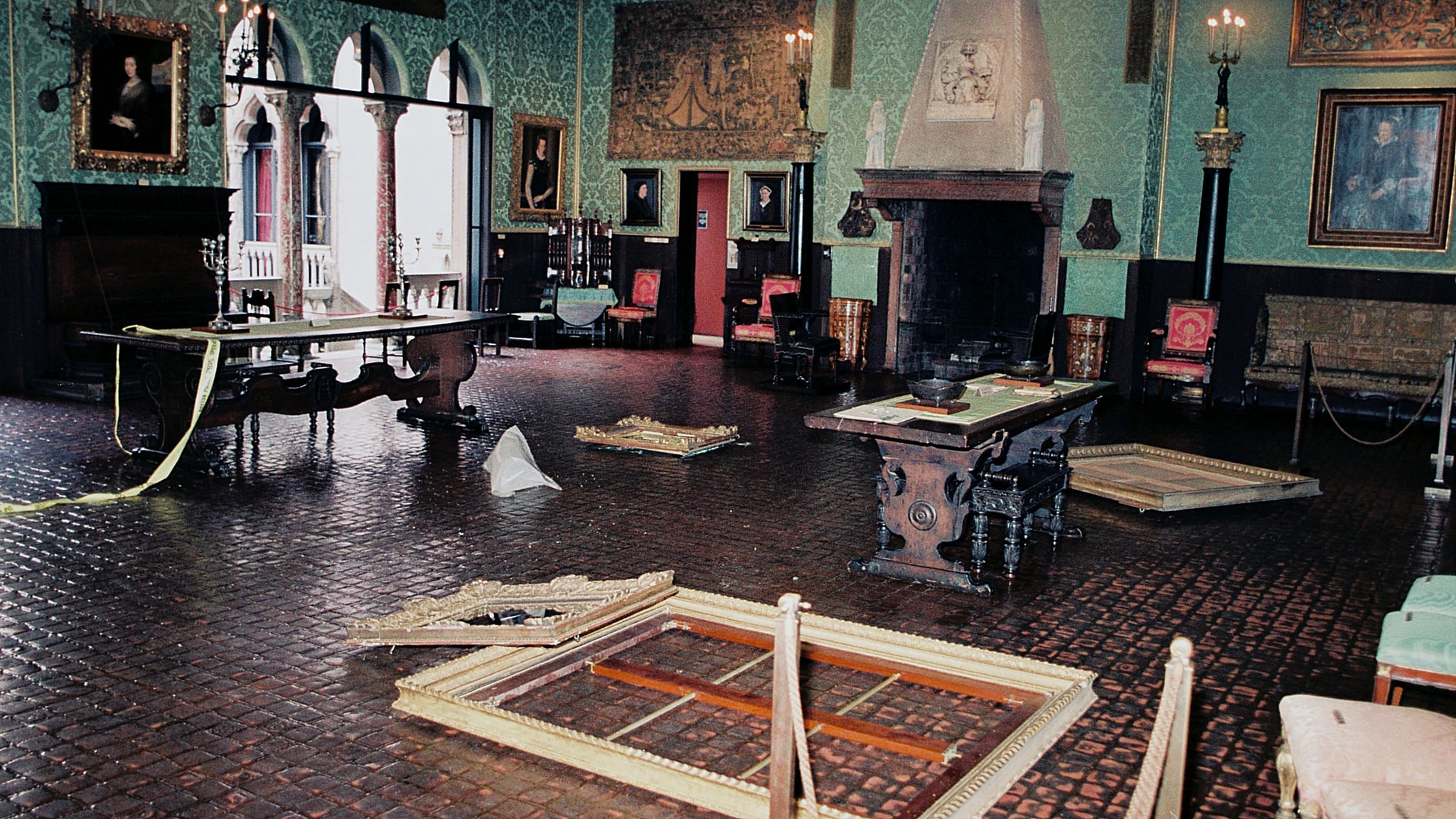 Netflix's This Is a Robbery, a four-part true-crime documentary, follows the largest and most confounding art heist in history: the theft of 13 pieces at the Isabella Stewart Gardner Museum in Boston. Over St. Patrick's Day weekend in 1990, two men posed as Boston police officers and robbed the museum, taking $500 million worth of artwork. While many leads have come up over the years, none of them ever panned out in the museum's favor. The paintings' status remains a mystery, and recent theories have even tied the puzzling heist to the Boston Mafia. Let's break down the most crucial details of the case to paint a picture of what happened that night.

In the early hours of March 18, 1990, Richard Abath was working the night shift as a guard at the Gardner Museum. He saw two police officers on the security camera and buzzed them in against protocol. The men told him that there may be a warrant for his arrest. But as they handcuffed him, they told him, "This is a robbery." After the fake police officers tied up Abath and another guard, they proceeded to cut out — yes, cut out from their frames — some of the museum's most valuable pieces, including works by Johannes Vermeer, Edgar Degas, Édouard Manet, and Rembrandt van Rijn. Shockingly, they spent a total of 81 minutes in the museum, an unusually long time for a robbery. The robbers then dashed off with the security tape and half a billion dollars worth of art.

The docuseries looks at many of the tips that ultimately led to dead ends. Abath was immediately a person of interest since people suspected an inside job, but this line of investigation didn't take off. Law enforcement also believed that the art pieces could have been used for collateral in the black market, looking at ties to the Irish Republican Army and Boston Mafia — This Is a Robbery ultimately looks into the latter theory the closest, and it gets a hair convoluted. Mobster Bobby Donati apparently wanted to get his friend Vincent Ferrara out of prison by pulling a major heist. Donati was eventually murdered, but reporters did hear a rumor about him acquiring police officer uniforms in paper bags before his death.

Donati was friends with a man named Bobby Guarente, who also had close ties with a gangster named Carmello Merlino, who organized a crew at his auto shop where the Gardner heist was supposedly planned. One of Merlino's associates, a man named George Reissfelder, fit the description of one of the fake police officers and reportedly even had a Manet piece in his home. Of course, the FBI couldn't get information soon enough — many in Merlino's crew died from murder or natural causes. And even with what they consider a strong case about the suspects, law enforcement could never track down the art pieces.

Today, the Gardner Museum is offering a $10 million reward for information leading directly to the artwork's recovery. The empty frames remain hanging in their original spots at the Gardner, serving as hopeful (if not spooky) symbols for their potential return in the future.