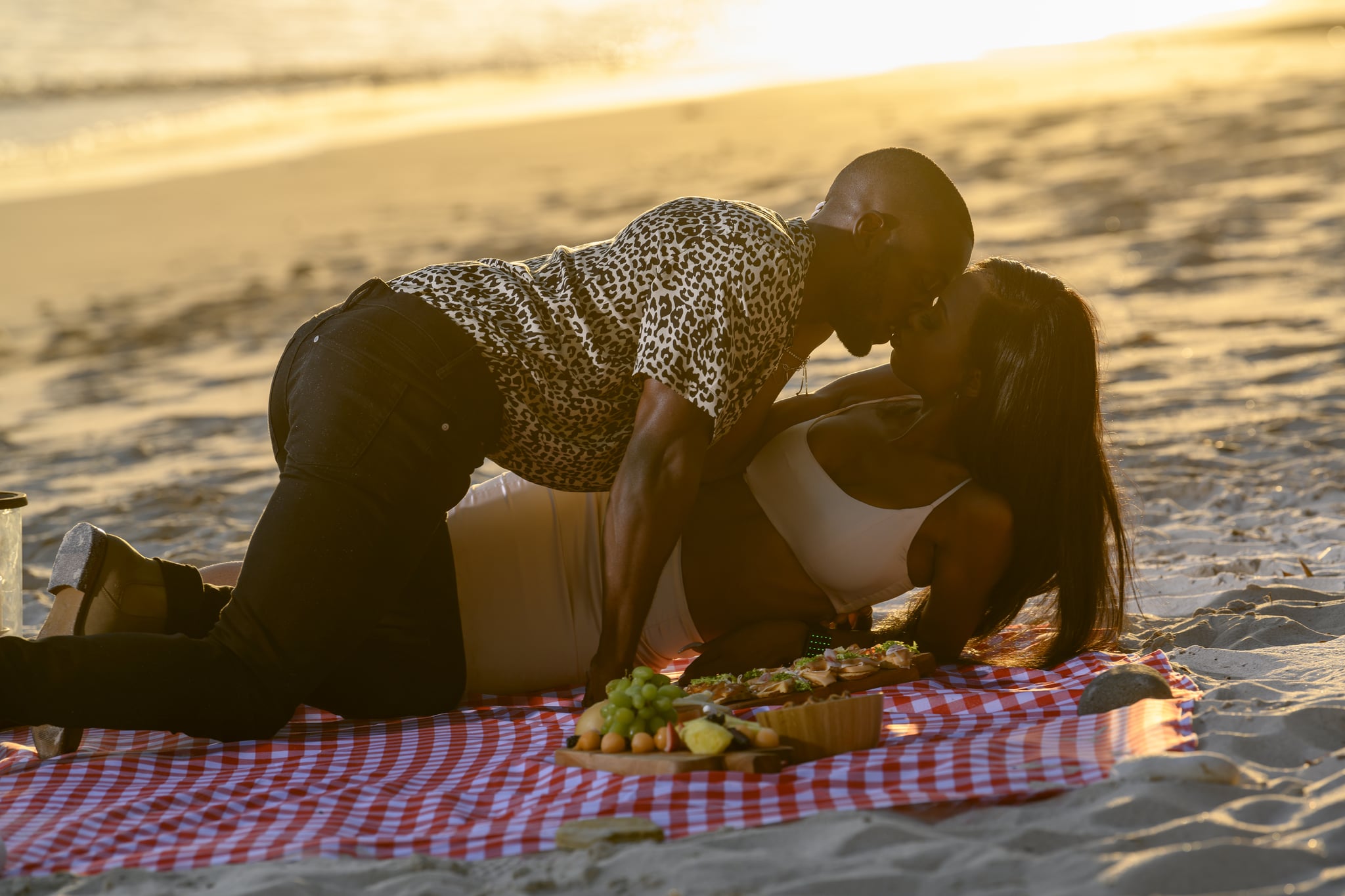 Usually, love don't cost a thing, but on Netflix's latest reality dating show, Too Hot to Handle, making love comes at a price. Like Love Is Blind, Too Hot to Handle features young singles who are encouraged to get to know one another on a deeper level before they engage in any kind of physical intimacy. However, rather than being kept in pods, everyone can look — they just can't touch. A $100,000 grand prize is introduced at the start of the season, but any kissing, "heavy petting," or sex of any kind results in a deduction from the pot . . . for everyone. Cue the drama!

But just how much do those transgressions cost? Every time a couple slip up, all the retreat members are called to the palapa, where Lana (the cone-shaped virtual assistant who plays Big Brother on the series) gives them the bill. Francesca and Harry were the first to learn the financial repercussions of a kiss, as their smooch cost the group $3,000. Yup, that's right — a makeout sesh comes at the price of $3,000. Right away the pot was brought down to $97,000, and that definitely wasn't the last deduction.

After a kiss shared by Haley and Francesca and a Chloe-and-Bryce makeout brought the group down another $6,000, the pot took a $16,000 hit when Sharron and Rhonda spent a night in the retreat's private suite, though it's not quite clear exactly what went down (besides kissing). Then, after Francesca and Harry got their turn in the suite, their inability to resist having sex resulted in a $20,000 bill, bringing the pot down to $55,000. Yikes.

So basically, here's the breakdown: Kisses on Too Hot to Handle cost $3,000. Oral sex costs $6,000. Whatever the hell #Sharonda got up to in the suite cost $16,000. And sex costs a whopping $20,000. But the end result was a lot of emotional growth, amazing new friendships, a few genuine love connections, and $75,000 split 10 ways for all the winners, so it seems like those sexual transgressions were well worth the price.