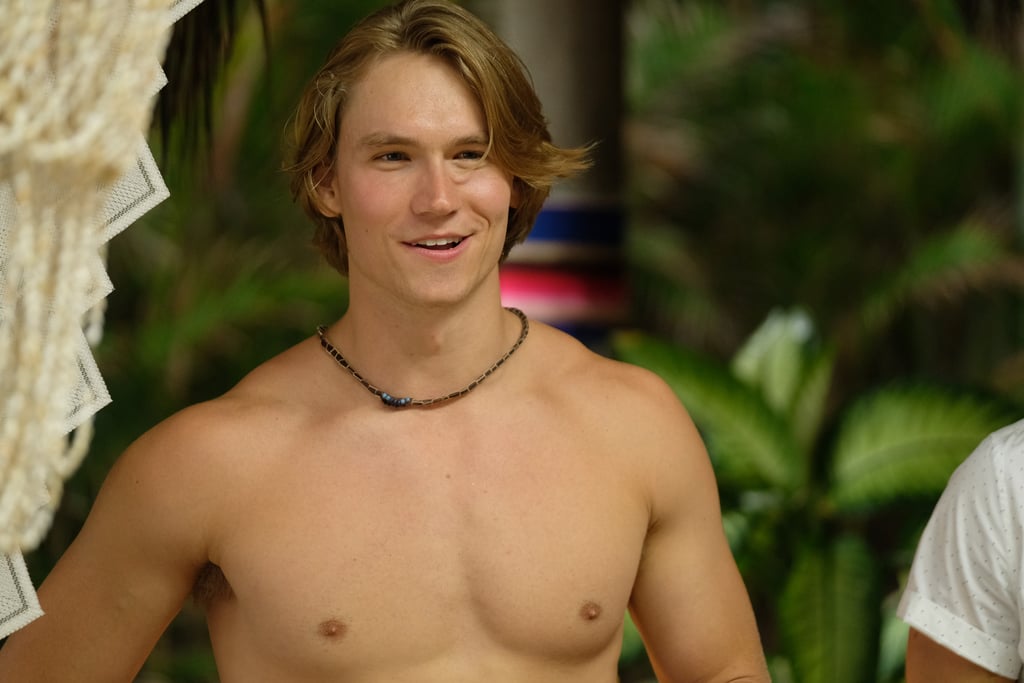 John Paul Jones is officially the purest, most entertaining part of Bachelor in Paradise, and I'm fully willing to throw down with any viewers who disagree. The 24-year-old financial analyst (yep, you read that correctly — he's a total smarty pants!) was first introduced to Bachelor Nation on Hannah Brown's season of The Bachelorette, during which he garnered quite the loyal fan base due to his dreamy, Romeo-esque hair, incessant love for chicken nuggets, and quirky yet lovable behavior. Said fan base has grown exponentially ever since he showed up to Playa Escondida in Mexico wearing nothing but a tiny blue Speedo, as he's proven to be quite the quotable gem week after week.

Although JPJ forged a friendly bond with Onyeka Ehie early on, he switched gears to pursue Tayshia Adams from Colton Underwood's season of The Bachelor. Sure, the two may seem like an unlikely pair, but it's clear viewers galore (myself included) are very much here for their carefree, zero-drama relationship. Tayshia is noticeably intrigued by John's intelligent, deeper side, and JPJ constantly admits she's the most attractive woman he's ever pursued romantically, which is made evident by how adorably awkward he gets around Tayshia.

Besides his cute budding relationship with Tayshia, JPJ has had a plethora of hilarious, oh-so-relatable, and surprisingly sweet moments in Paradise, which I've compiled below, just in case you haven't been keeping up with the weekly drama:

In case you somehow still aren't a proud member of the ever-growing JPJ fan club, I've gathered a ton of on-point tweets from current members who'll undoubtedly convince you to hop aboard the bandwagon. We stan a lovable goofball!

by Chandler Plante 15 minutes ago

by Eden Arielle Gordon 30 minutes ago