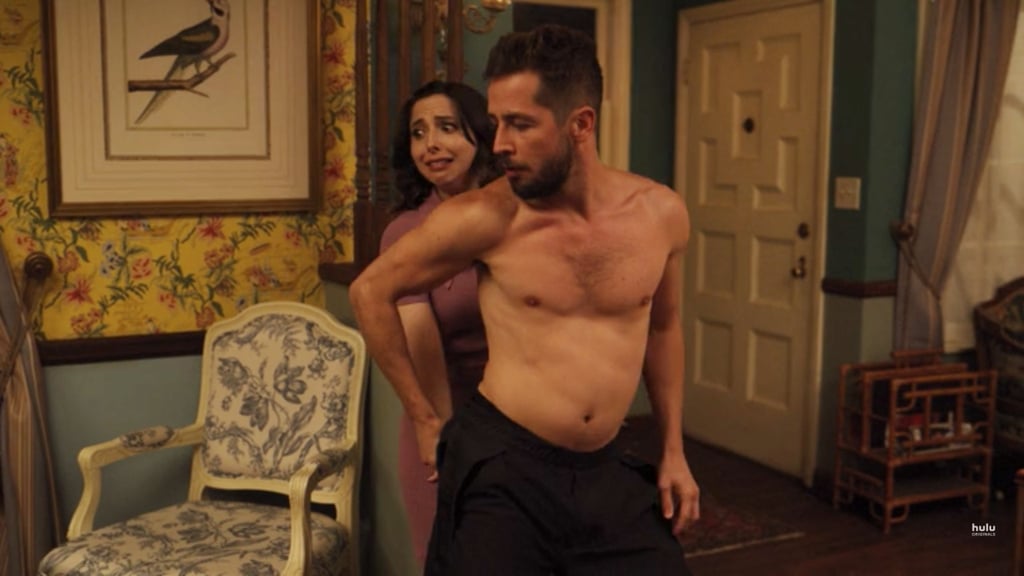 There are so many reasons we're obsessed with Hulu's Dollface, and the crazy celebrity cameos are definitely one of them. The first season includes memorable appearances from Macaulay Culkin and Criminal Minds actor Matthew Gray Gubler, but one of the best cameos has to be Michael Angarano's hilarious role as a stripper named Steve in episode five.

When a dinner party goes awry, Angarano's character helps lighten the mood by doing a full-blown strip tease in Jules's living room. And let's just say, the This Is Us actor does not hold back. Naturally, fans were freaking out about watching their childhood crush strip on TV (Sky High, anyone?), but it seems the cast was just as entertained on set.

Ahead of the show's release, Brenda Song gushed about Angarano's cameo to POPSUGAR. "He was my absolute favorite," she said about his guest appearance on the show. "The funny thing is that the reaction that you see is genuinely our reaction because we hadn't seen him rehearse at all. That's the great thing about my job is the fact that I get to see and play characters and do things that I could never even dream of. Watching Michael Angarano strip for me? Yeah, you know what? I'm OK with that." Watch a clip of his hilarious scene ahead.

Related:
15 Photos of the Gorgeous Dollface Cast to Get You Excited For the Premiere
Previous Next Start Slideshow
HuluTVMichael AngaranoDollfaceTwitter Reactions

Netflix
"Selling Sunset": The Cast's Friendships Behind the Scenes
by Chanel Vargas 7 hours ago