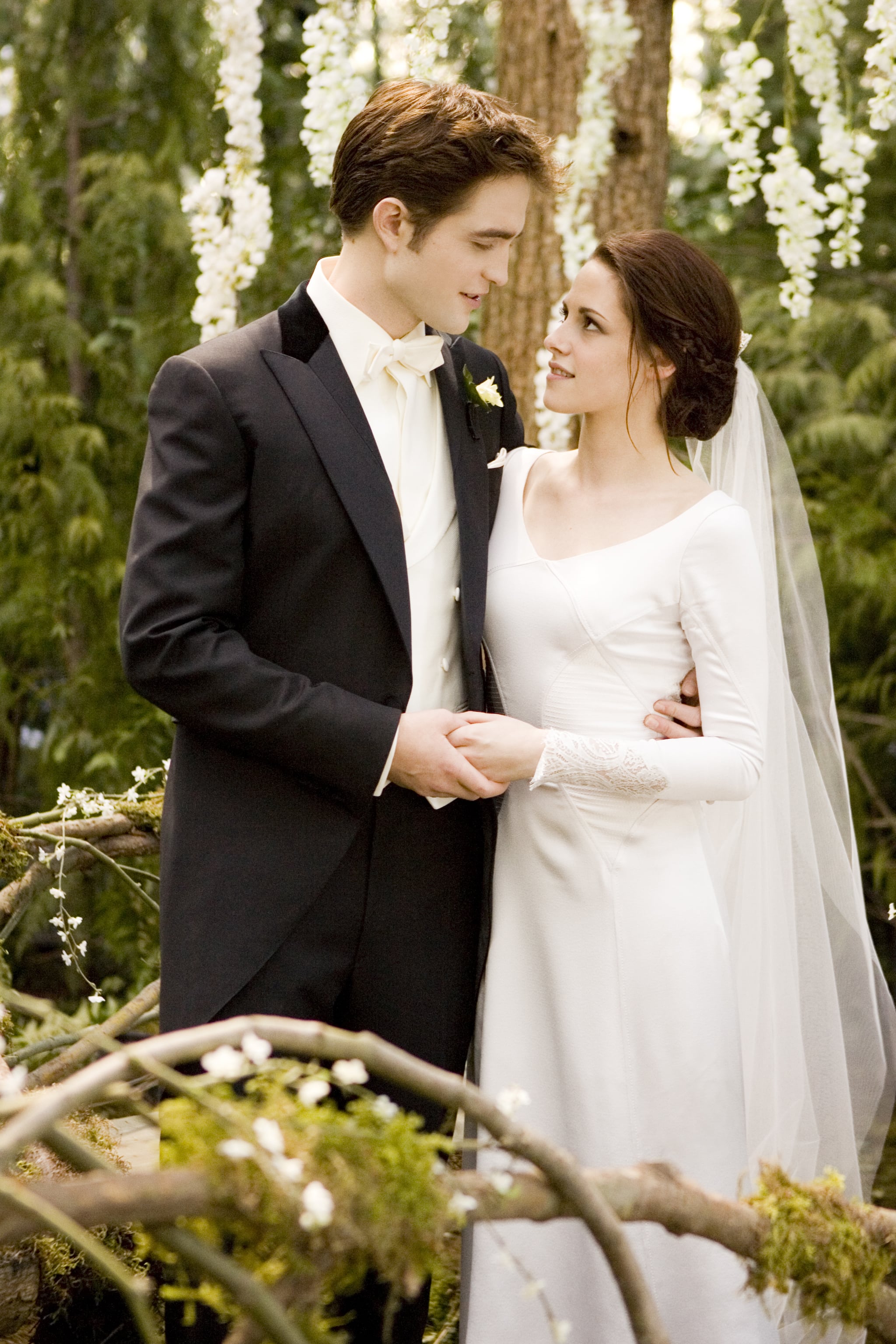 At the ripe old age of 11, I was fully convinced I was destined to meet the glittery love of my life and spend eternity with him as a "vegetarian" vampire (as were all of my other friends in the sixth grade). I wasn't on social media yet (thank god), but if I had been, all of my pages would have proudly proclaimed I was #TEAMEDWARD4LIFE. His charm and mystique lured me into the pages of the Twilight Saga like his piercing gold eyes lured Bella into the forest where he confessed his love for her. Nearly 15 years later, my stance on a 100-year-old vampire wooing a teenage girl — whom he constantly wants to murder and drain every drop of blood from — is, uh, a little different.

He pulls a major Romeo and Juliet in New Moon and goes to Italy to convince the Volturi to kill him when he thinks Bella is dead. I mean, he could have called her first.

Aside from the fact that he's 100 years older than her, Edward's relationship with Bella is basically the definition of problematic. For instance, after speaking to her exactly once, Edward takes it upon himself to sneak into her bedroom and sit in the corner all night to watch her while she sleeps. Considering that I used to be afraid of the shadows projected by jackets thrown over chairs at night, I have no idea how middle-school me didn't catch onto this being super creepy sooner. Also, aren't vampires supposed to require an invitation before they enter someone else's home?!

In addition to the fact that one of his favorite pastimes is smelling her, I find it difficult to get past the fact that, prior to Bella's transformation, Edward spends 100 percent of the time right on the edge of murdering her and draining all of her blood. My younger self would have argued that this was sort of romantic because Edward loves Bella so much that he's willing to battle his inner bloodlust constantly just to be with her. Now, of course, I realize that's a terrifying train of thought. Edward is manipulating Bella, and his inability to stay away from her ultimately hurts her more than anything. In fact, there are quite a few majorly questionable moments between the couple that all of Team Edward should have thought through a little more carefully when we were younger. Here are just a few of Edward's creepiest and most problematic moments:

Related:
Upon Midnight Sun's Release, I Find Myself Wondering If I've Outgrown the Twilight Saga
Related:
There Are 2 More Twilight Books in the Works, So We Have a Few Suggestions

Bear in mind, all of this is applicable even before he gets Bella pregnant with a parasitic half-vampire baby that nearly kills her by sucking the life out of her from the inside out. He's then "forced" to transform Bella into a vampire to save her life while she's giving birth, which coincidentally means they'll be able to stay together forever. Admittedly, Bella isn't the best at decision making, but Edward is far from the ideal boyfriend. Overall, their relationship is beyond messed up, if you ask me.

On Aug. 4, 15 years after the debut of the first book, Stephenie Meyer released Midnight Sun, a retelling of the Twilight saga's first book from Edward's perspective. While I haven't had the chance to sift through it myself, I'm not so sure hearing the creeptastic "watching Bella sleep" scene from Edward's point of view is going to make it feel any less hostile . . . That said, the Twilight series was entertaining when I was growing up, but I feel like 11-year-old me would agree that the best decision for Bella would have ultimately been to get the hell out of Forks and never look back. It's a little late for that now, but there's always fan fiction, right?