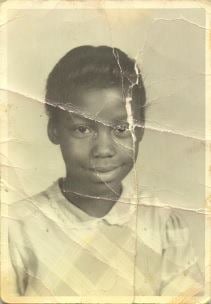 Netflix's Unsolved Mysteries reboot returned for volume two on Oct. 19, and episode three sheds light on the case of Lester Eubanks, one of America's most wanted fugitives. In December 1973, the Ohio Department of Corrections took Eubanks — who was serving a life sentence for the 1965 murder and attempted rape of 14-year-old Mary Ellen Deener — and other inmates to a local mall to do some Christmas shopping as a reward for good behavior. Eubanks used the opportunity to escape and has been on the run since.

In September 1994, after police featured Eubanks's case on America's Most Wanted, authorities got a tip that he had been living in Los Angeles with his cousin's widow, Kay Banks. Detectives then paid Banks a visit, and she confessed that Eubanks had initially been living in Michigan before he eventually made his way to the Los Angeles area, where he went by the name Victor Young and worked in the city of Gardena. However, Eubanks ended up moving out a while later when Banks lied and told him that the FBI had called her asking about his whereabouts.

So, where is Eubanks now? Nobody knows. It's believed that Eubanks was in contact with his father, Mose, who lived in Mansfield, OH, during the summer of 2003, but authorities were never able to confirm that. He has friends and family across the United States, including in Michigan, Florida, Texas, Alabama, California, and Washington.

Eubanks was included in the 2018 US Marshals 15 Most Wanted List, and in November 2019, authorities seemed to have a break in the case when a man came forward claiming he believed his late mother had been raped by Eubanks, leading to his birth. The man, who chose to remain anonymous, provided his DNA in hopes of helping to bring Eubanks to justice. However, FBI policies prohibit the use of a relative's DNA in a search of the organization's DNA database, prompting legal hurdles for using the man's DNA to catch Eubanks. To this day, Eubanks's whereabouts are still unknown, and the US Marshals are offering a $25,000 reward for any information that leads to his arrest.