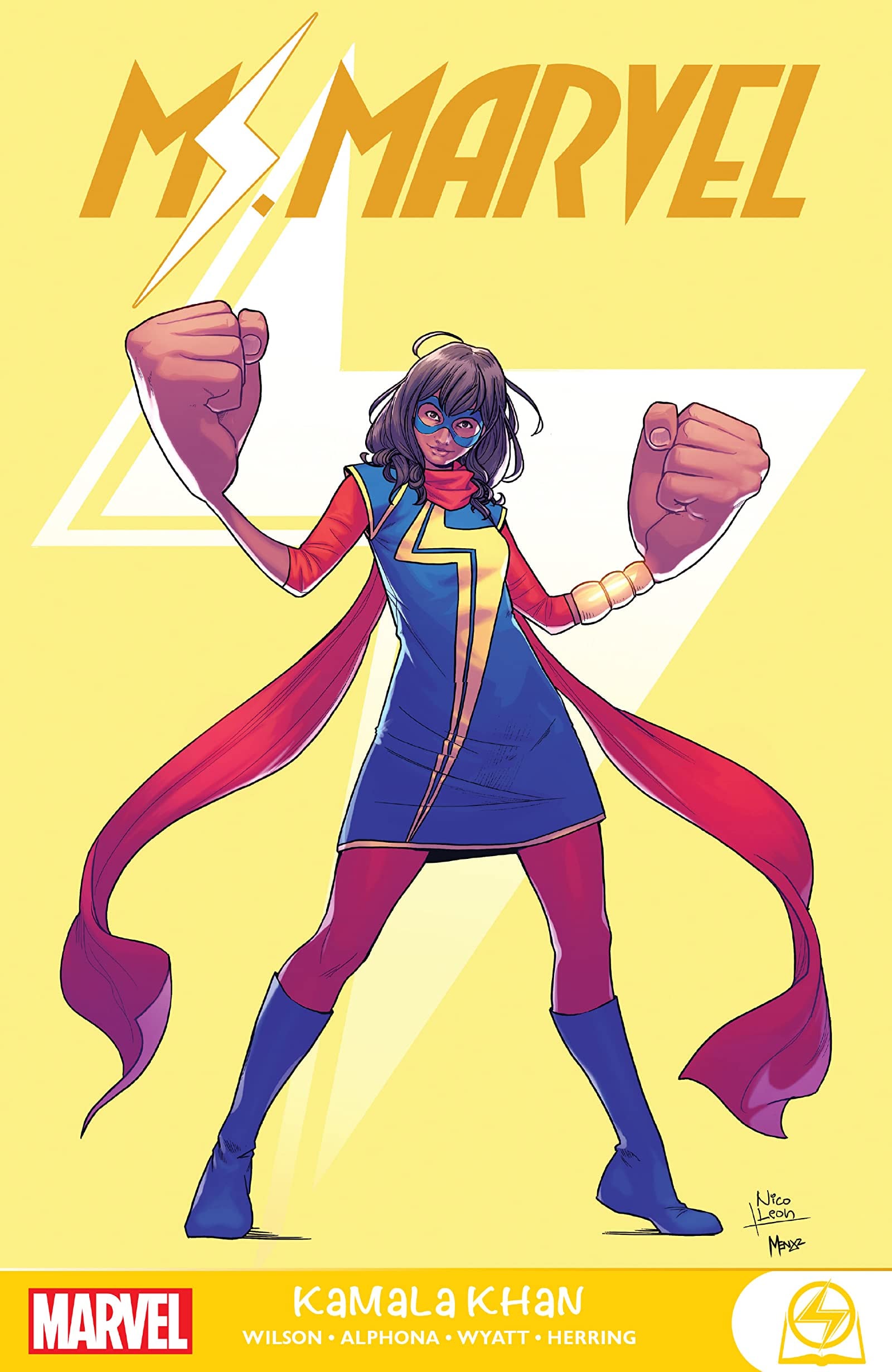 Although the first couple of Marvel TV shows on Disney+ are focusing on existing characters, we're especially excited to meet "Ms. Marvel," aka Kamala Khan. Since she hasn't been in other on-screen Marvel properties yet, you might be wondering who she is or what her powers are, and we've got the answers! Iman Vellani is set to play Ms. Marvel, whose powers actually derive from a familiar source to most Marvel fans: the Inhumans.

In the comics — check out Ms. Marvel: Kamala Khan to start — Kamala Khan is the second person to take the mantle of Ms. Marvel, following Carol Danvers (who, in the comics, started out as a hero called "Ms. Marvel" before becoming Captain Marvel; the movie version of Carol appears to have skipped that to avoid confusion). Kamala is a teenager from New Jersey, a Pakistani-American Muslim girl who idolizes Carol Danvers — at one point, she can even be spotted in the background of a scene where Carol is protecting a group of civilians from the Kree villain Yon-Rogg.

Following a storyline called "Inhumanity," in which Terrigen Mists are released throughout the world and activate dormant cells in Inhuman descendants, Kamala discovers that she, in fact, is an Inhuman too. Her superpower is, essentially, shape-shifting: she can lengthen her limbs, change the shape and size of her entire body, and alter her overall appearance. In fact, she first realizes this power when she emerges from her Terrigenesis cocoon: she temporarily looks like her idol, Captain Marvel aka Carol Danvers. Upon realizing that she has acquired superpowers and how they work, Kamala decides to become a hero in the mold of Captain Marvel and even picks up Carol's previous, discarded moniker to use as her own.

Shapeshifting is Kamala's primary power, but as it turns out, she can use and stretch that power to do other things too. For instance, if she gets injured while in a transformed form of any kind, she can heal from those injuries by transforming back to her original, "real" appearance, since, technically, that body was uninjured. She can also transform individual parts of her body to assist her in a fight; one favorite trick she does in the comics is enlarging her fists to pack a (literal) super punch. While she's not a near-indestructible alien being like her idol, Kamala has plenty to offer as Ms. Marvel, and we can't wait to see her onscreen when "Ms. Marvel" arrives on Disney+ on June 8.