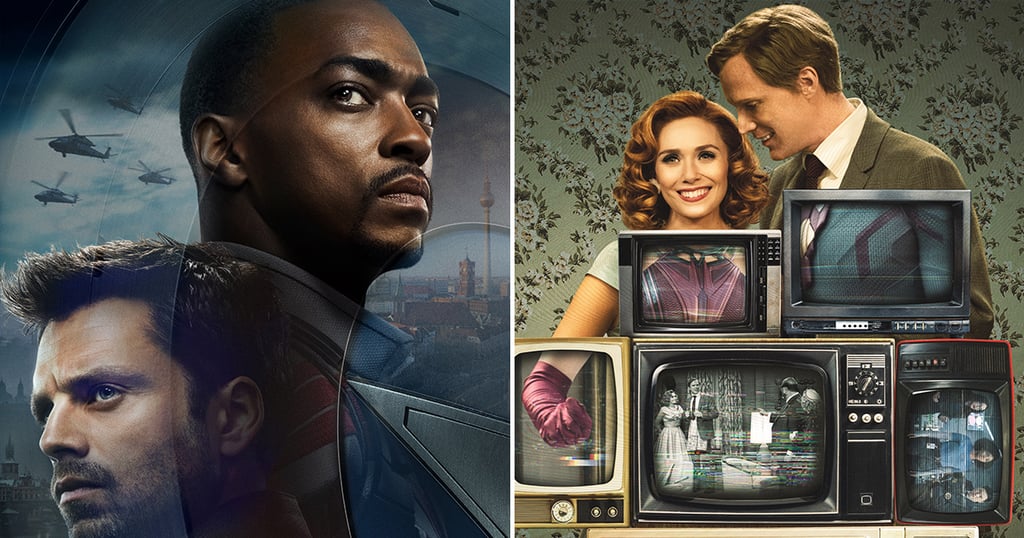 If you thought the adventures of our favorite Avengers could be contained on the big screen, you thought wrong, buddy! Disney announced its plans to launch its' streaming site Disney+ back in 2018, and since then, it's been steadily adding several limited series centered on popular characters from the MCU. During Disney's Investor Day on Dec. 11, Marvel Studios president Kevin Feige revealed a slate of previously announced and brand-new Marvel shows coming to the streamer, and they sound pretty epic!

Disney+ subscribers get to enjoy the classic blockbuster MCU films along with their TV counterparts, which Feige revealed will be directly intertwined with the events from the movie side of the franchise. It's a different approach from other Marvel TV shows that have so far functioned as more of side stories to the MCU. Marvel's now-defunct shows including Freeform's Cloak & Dagger, ABC's Agents of S.H.I.E.L.D., and Netflix's Defender series were rarely acknowledged by their movie counterparts and thus are limited to their own worlds. These Disney+ shows will directly tie in with the films and integrate into MCU's story building. We're superexcited for all these series and what they could add to the MCU lore. Check them out ahead!

Related:
What You Need to Remember From the Marvel Movies — in 1 Convenient Timeline
Previous Next Start Slideshow
DisneyThe AvengersTVWandaVisionMarvelStreamingLokiThe Falcon And The Winter SoldierDisney Plus