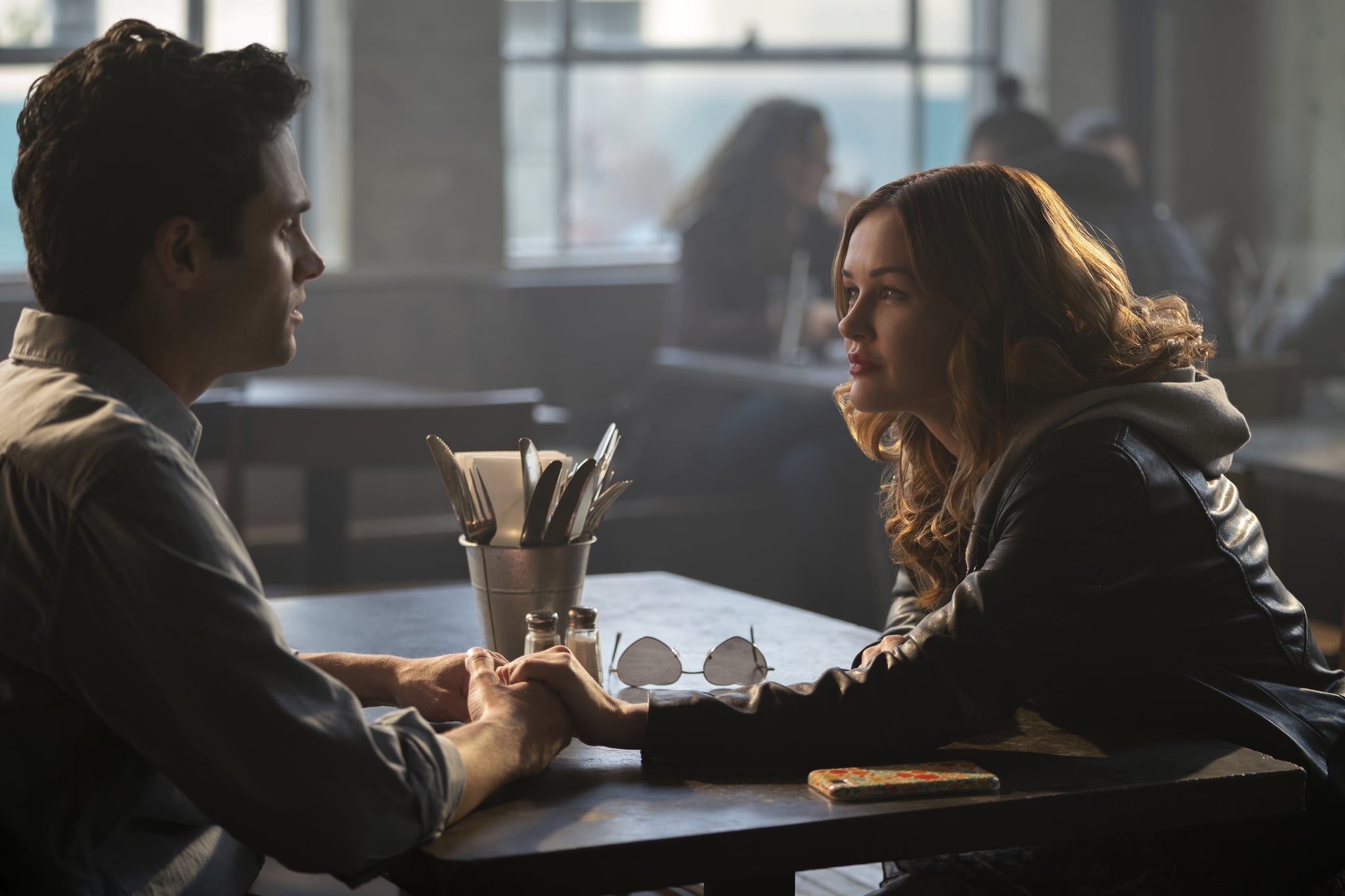 Christmas may be quickly approaching, but for fans of Netflix's You, Dec. 26 will be one of the most important days of the year — the premiere of the show's second season. We are dying to meet Love, the new love interest our main man and stalker-turned-murderer Joe is fixated on this time around. But before getting into the nitty gritty of season two, let us not forget the major cliffhanger we were left with in the final episode of season one: the return of Joe's mysterious ex Candace. If you need a refresher on the events leading up to this crazy surprise, keep reading for a full recap on everything we know about Candace and Joe.

When we first hear of Candace, Joe and Beck are attending a party hosted by Peach. On their way out, Joe is confronted by an old friend of Candace's, Maddie Johnson. Maddie seems suspicious and questions Joe about what happened between he and Candace, and how she just disappeared and seemingly ghosted everyone she knew "so suddenly." Joe quickly explains that Candace ran off to Italy and left him for "some guy in Rome," and before we can gather any more information Beck cuts the conversation off to catch their Uber.

In episode six, Joe begins to hallucinate and see visions of Candace while he is sneaking around Peach's family estate in Connecticut, where Peach took Beck for the weekend. Candace haunts Joe several times throughout this visit, the last time calling him "jealous" in an apparent half-recreation, half-flashback of a fight she must have had with Joe in their past relationship, right before Peach finds him and slaps him unconscious. Then, in the following episode, we see hallucination Candace again — this time she tauntingly asks Joe if Beck will end up like her, which leads us to question if Joe might have killed her.

Later on, once Beck and Joe reunite after Joe's breakup with Karen, Beck hears mention of Candace when she runs into Karen, who had obviously taken a visit to Beck's neighborhood for a thank you . . . and a warning. Karen tells Beck that she feels Candace still "has her claws" in Joe, and that "what he did to me one of these days he's gonna do to you, or worse, maybe he'll do whatever the hell he did to Candace." This ominous warning plants lots of questions in Beck's head, as we clearly find out in the next episode.

Episode nine opens with Joe having a nightmare starring Candace. This time, we see her hooking up with another man and Joe locked in the basement book cage at Mooney's screaming her name, which leads him to wake himself up shouting it. He thinks Beck remains asleep, but then we see that she definitely heard it loud and clear. During their breakfast routine together, Beck slyly begins to question Joe about the whole Candace story, and he evades it by telling her "some people function to show you what isn't right for you, and others show you exactly what is." But Beck clearly isn't satisfied with this, so throughout the rest of the episode, she continues to cyber stalk Candace's social media existence and brings her friends along in the frenzy. 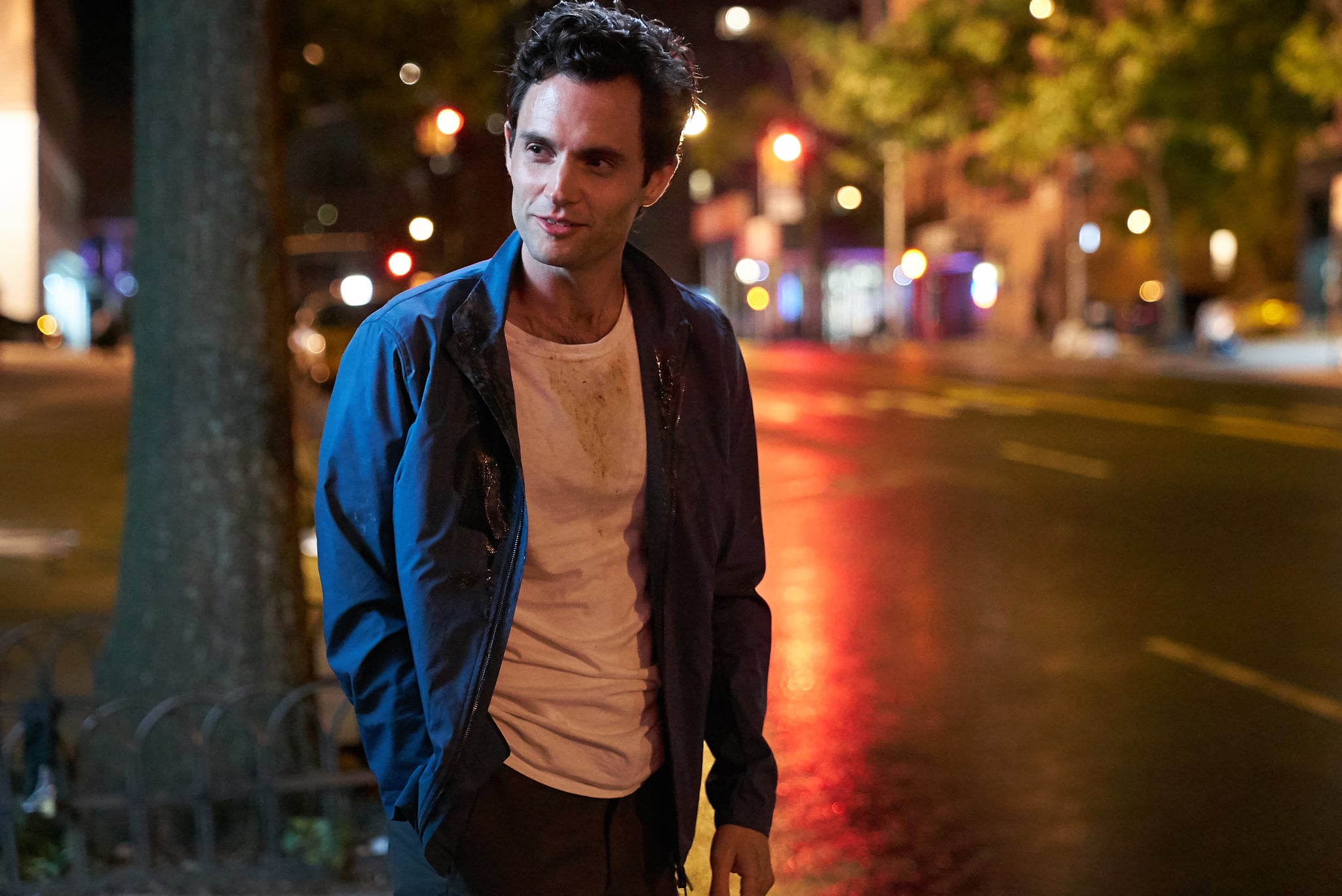 Meanwhile, Joe tries to flesh out the details of his Candace nightmares by once again seeing his (and Beck's) therapist Dr. Nicky. During this appointment, we finally see the flashback to the moment when Joe first meets Candace outside of a venue where she and her band are preparing to play a show. A grumpy Candace complains to her bandmates that she is tired and hungry to no avail, and Joe happens to be walking by and offers to help carry in some of the gear. She tells him her band's name, Heathcliff's Misery, and sparks immediately fly.

Related:
Joe Heads Out West and Sets His Sights on a New Love in You Season 2 Photos

As the episode continues, we see more flashbacks between Joe and Candace, including the Christmas memory in which he gifts her an original copy of Wuthering Heights. We also see a telling confrontation between the two in which Joe angrily accuses Candace of having an inappropriate relationship with someone named Elijah, whom she had been texting but telling Joe it was just her brother. Cutting to another scene, Candace is leaving to go meet Elijah, a record label producer, which infuriates Joe because he believes the man to be predatory. In true Joe fashion, he follows her to the meeting and catches her in the act of cheating on him in Elijah's car.

Later that night, Joe heads up to confront Elijah about the affair and ends up pushing him off the rooftop in a fit of rage, killing him. In the mean time, Beck begins a crusade to find out exactly what happened to make Candace suddenly run off to Italy. She questions Ethan, who tells her to drop it, of which she does the exact opposite.

In paying a visit to Maddie Johnson, Beck finds out that Candace left for Italy without warning, and without any further contact with her friends or family — including her brother, who we then find out had been living in a psychiatric hospital. Beck calls the hospital pretending to be Candace in an effort to try and reach her brother, only to find out that he had passed away six months prior. That night, when Joe arrives at Beck's apartment, she confronts him about the entire situation and demands answers. Joe shows her a social media account he claims Candace had created under a changed name, full of pictures of her doing touristy things around Italy. This diffuses the situation and everything goes back to normal.

Finally, once Beck discovers Joe's box of Candace's items, there's a flashback to the last time he and Candace were together in the past; Candace is packing up her things in the apartment. "I never loved you," she says. "What are you going to do about it, Joe?" Then, at the end of the season's final episode, once Beck is assumed dead and life resumes as usual for Joe, Candace shows up in person at the bookstore. As he stutters in shock that she is alive, Candace tells Joe, "We have some unfinished business to talk about."

You season two hits Netflix on Dec. 26 — see you then.