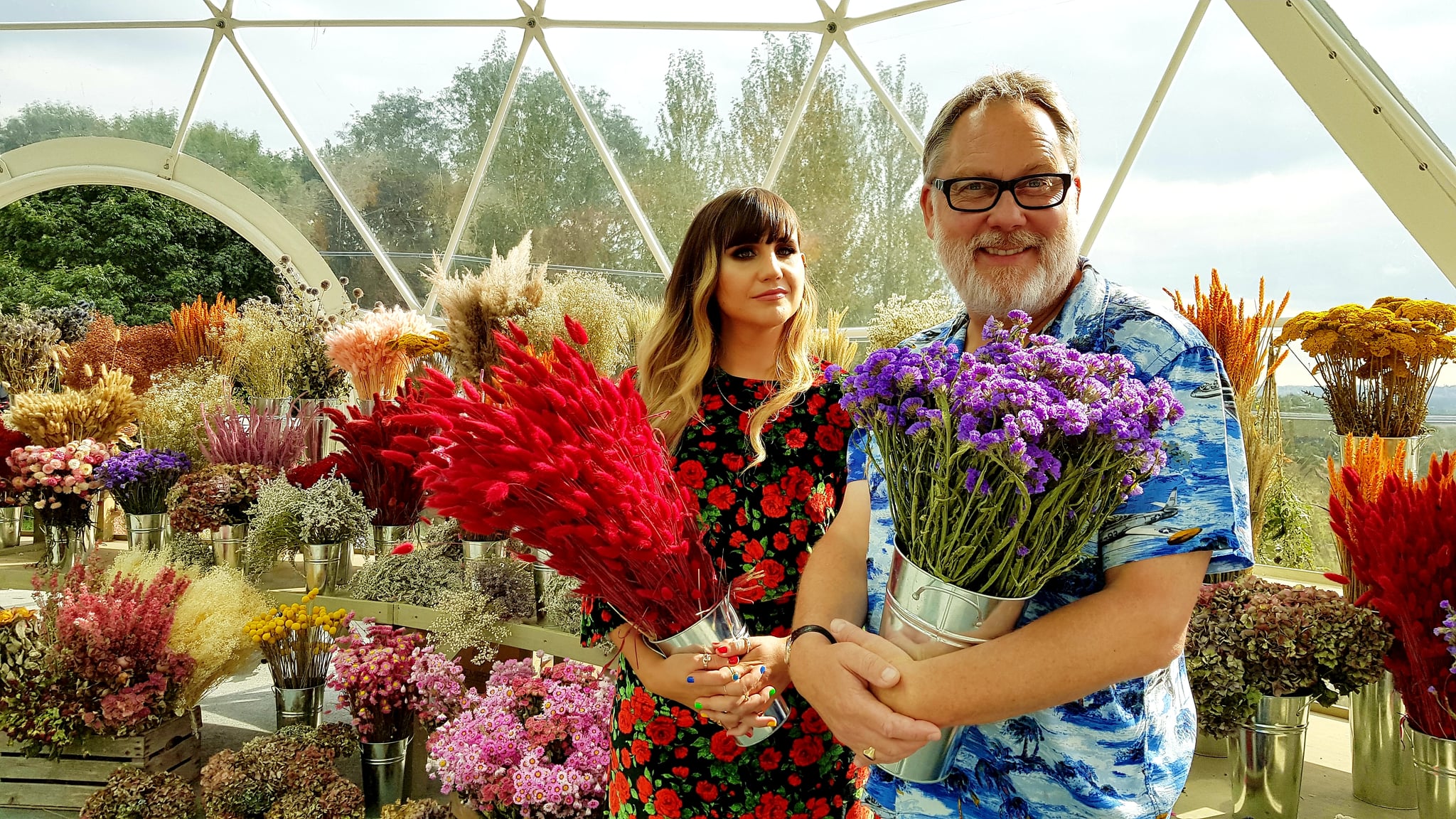 If you love the competitive spirit and friendly format of The Great British Baking Show, then it's time to get excited. Netflix is trading whisks for stem cutters and the giant tent for an epic greenhouse in its new series The Big Flower Fight.

The innovative competition show will feature 10 teams competing to design the most ornate floral bouquets and sculptures. The stakes are high: the winning team will have their creation on display at London's Royal Botanic Gardens!

The floristry series will include eight episodes hosted by comedians Vic Reeves (Coronation Street) and Natasia Demetriou (What We Do in the Shadows), with top florist Kristen Griffith VanderYacht serving as head judge. While The Great British Baking Show strictly features home bakers, the contestants on The Big Flower Fight aren't just amateur flower enthusiasts. Teams are composed of not just professional florists but also designers, sculptors, and more creatives.

Each episode, groups will face a new challenge — Make a giant insect! Create a dress from cut flowers! — that focuses on a particular skill set to build the biggest and most elaborate botanical masterpiece. In addition to using flowers and other natural materials, contestants will be asked to make these gigantic installations conservation-friendly. This means teams will have to get extra creative when choosing what plants to use while keeping in mind how they affect the environment (pollination, insect-friendly, etc.).

At the end of each episode, one team will be named "Best in Bloom" and one pair will head home. Throughout, Griffith VanderYacht will have help from guest experts, like James Wong, James Alexander-Sinclair, and Sarah Eberle, judging the arrangements, which will end with an elimination round.

Be sure to set a reminder for The Big Flower Fight's premiere on May 18 on Netflix. Until then, check out the trailer: