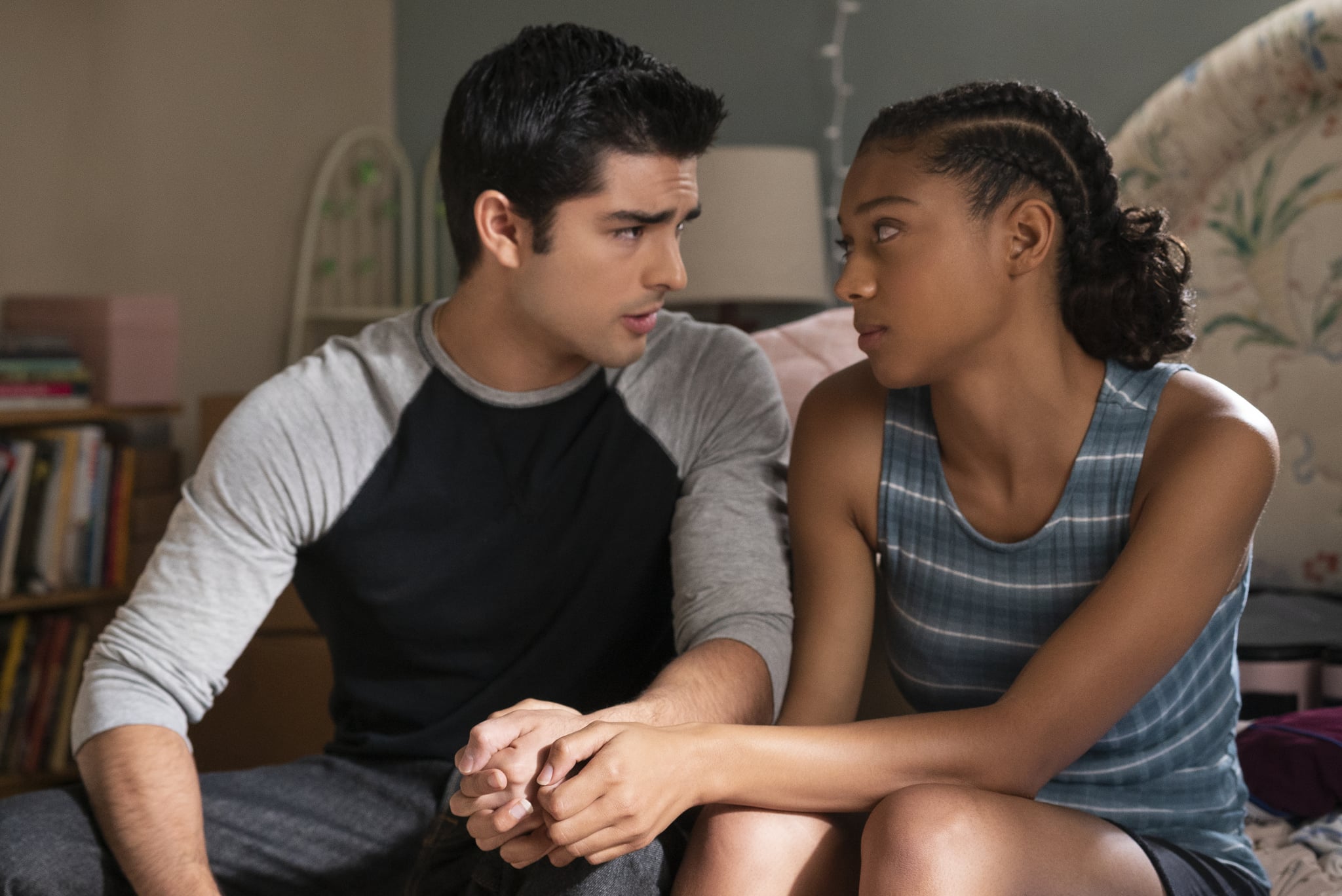 On My Block season three puts fans through the emotional wringer, but nothing is as heartbreaking as those final moments at the season's end. We've been through death scares, kidnappings, and a lot of weird interactions with gnomes, but the flash-forward at the end of season three teases something truly frightening: the end of our beloved squad.

After dealing with a new enemy in the form of former Santos leader Chuchillos, Jamal, Ruby, Jasmine, and Cesar gather to say goodbye to Monse as she leaves for the all-girls academy she applied to in season two. As they promise that nothing will change between the squad, the scene segues into a flash-forward two years later, when everything has changed. We get a montage that shows how the group has splintered since Monse's departure, all set to the deceptively optimistic tune of Laundry Day's "Friends."

Related:
On My Block Is Ending With Upcoming Fourth Season, and We're Not Ready to Say Goodbye

The song appears on the band's 2019 album Homesick and is a fitting choice to play as we watch the former friends. The lyrics are about growing up, growing apart, and reflecting on the past with verses like: "But we'd dance all night long / we'd dance all night long, my friend / guess we ran out of songs / boy, I haven't seen you in a bit." With Monse away at school, Ruby and Jasmine wrapped up in each other, Jamal sitting cozy with his football team, and Cesar now leading the Freeridge Santos, it's obvious that the crew hasn't seen each other much in the two years that have passed.

We can only hope that if Netflix grants the show another season, it'll explain exactly what happened to our fivesome and fix them up! After all, "in squad we trust." Until then, we'll be listening to "Friends" on repeat and lamenting what we've lost.