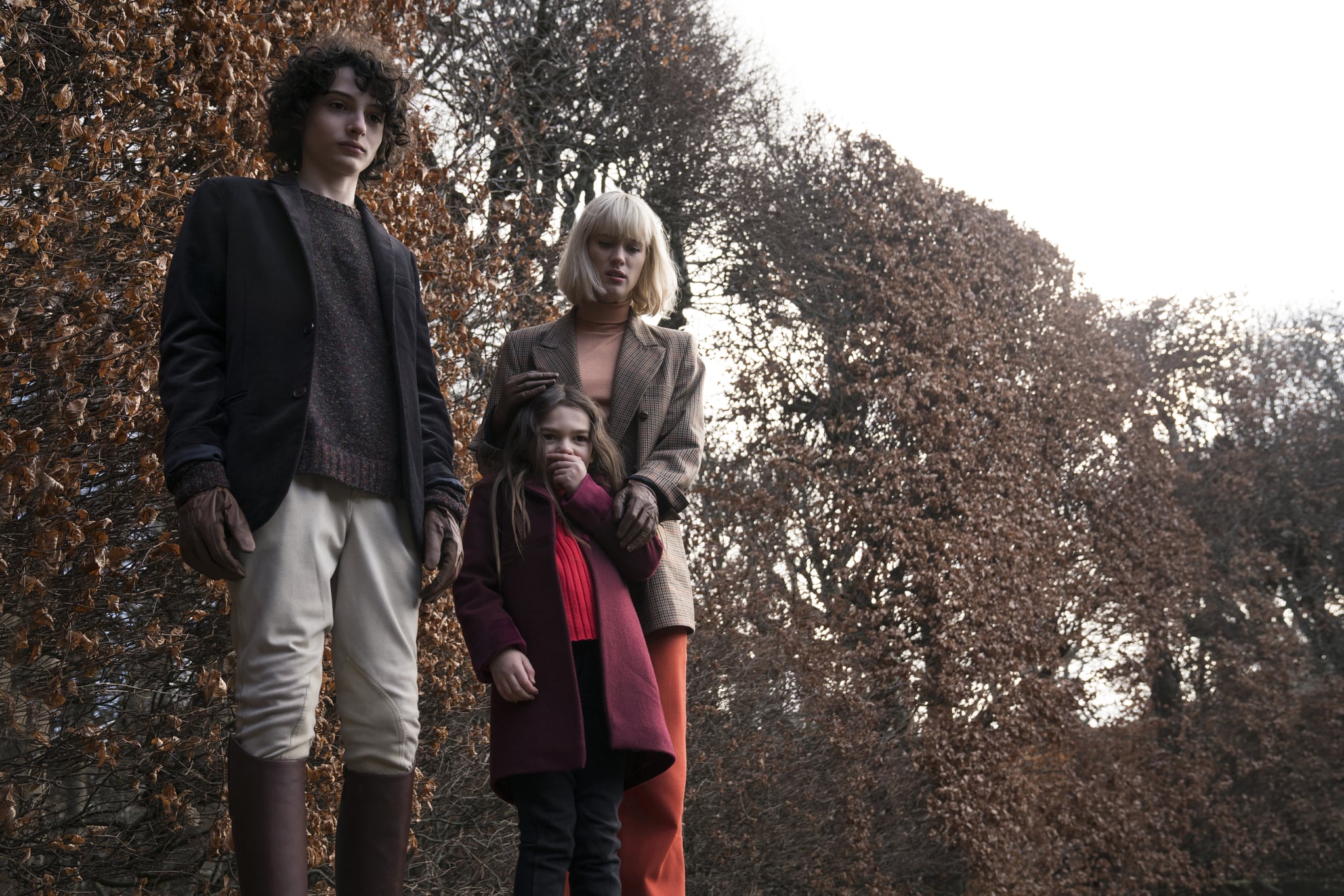 A spider crawling on someone's face? Ghost hands choking people? Color us terrified, because these are only some of the many scary things that happen in The Turning's ominous trailer, which is complete with a bleak soundtrack reminiscent of Chernobyl. The gist of the story is that a new nanny comes to a mysterious estate and takes care of two creepy, ghost-following kids. The Turning isn't a tale as old as time, but it is a work you might have heard of from English lit. It's a modern adaptation of The Turn of the Screw, the 1898 novella by Henry James. But what happens in James's book, and how does it inform The Turning? Ahead, we break down the main terrifying details that you need to know before watching the movie.

What Is the Original Novella About?

James's original text follows a newly employed (and nameless) governess who cares for the orphaned niece and nephew of a rich bachelor. Upon entering the estate, the governess starts seeing some pretty spooky sh*t. In particular, she encounters dead former servants who very likely abused the children. Even as ghosts, they can control the children to do their bidding. Or so the governess thinks. The original work is written as such that we're not entirely sure if it's a ghost story or if it's the nanny's descent into madness.

How Will the Story Fit Into a Modern Context?

The story will take place in a modern context — you can see for yourself in The Turning's trailer, where the nanny, named Kate, sits uneasily in a car. The film won't give its characters all of the most cutting-edge resources, however. It won't exactly be set at the height of the digital age today.

"It's a very dark story that's endured for over a hundred years. We've taken this story and modernized it, and placed it in the 1990s," director Floria Sigismondi told Entertainment Weekly.

"I just wanted to take away the technology and really drown yourself in the environment," she added in the interview. "How cinematic is it to have a screenshot of a phone?" Fair enough — we'd be the first to Google how to exorcise a demon.

Sigismondi also takes inspiration from the 1961 film The Innocents, another classic adaptation of the James novella. Her take revolves around the character Kate as she looks for a change in her life. Kate is played by Mackenzie Davis, who starred as the titular hip young nanny in 2018's Tully. The core of the story is the same. Kate looks after two young children, who are played by The Florida Project's Brooklynn Prince and Stranger Things's Finn Wolfhard. Like in the original text, the kids are pretty creepy and know stuff about the house.

Whether or not the kids drive their nanny to madness or murder her via ghosts, we'll have to wait until the movie comes out to know for sure. And no matter if the film leans more towards pure horror or psychological thriller, it's safe to say that we're going to be terrified as hell watching it.