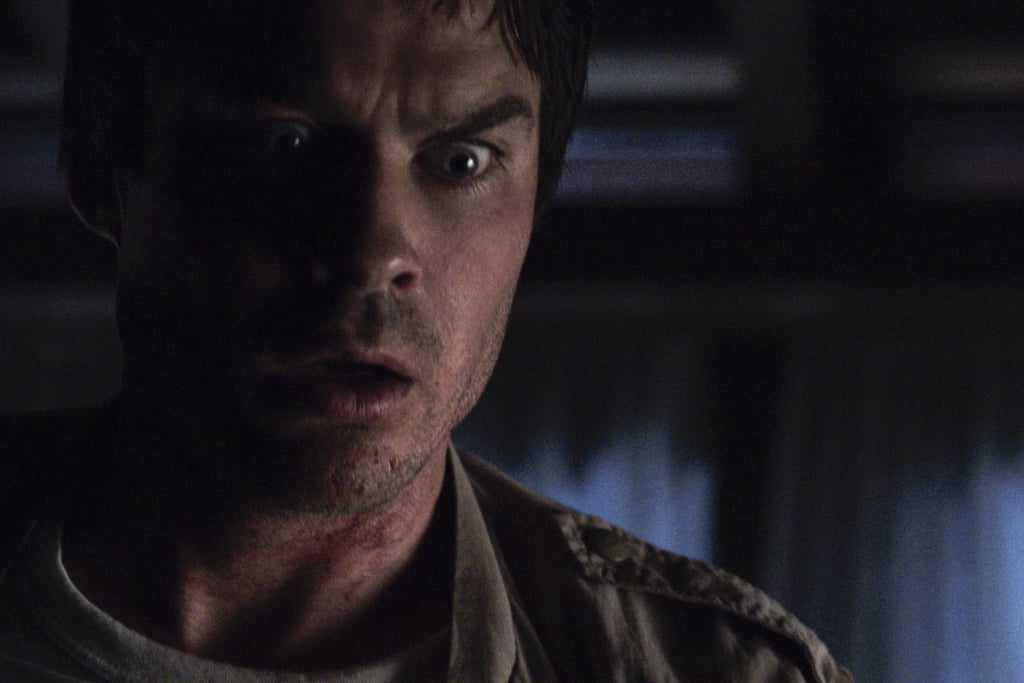 The first look at Netflix's V Wars is here, and my how the tables have turned for Ian Somerhalder. After playing vampire bad boy Damon Salvatore on The Vampire Diaries for eight seasons, the actor is now fighting off vampires on his new series, which hits the streaming service on Dec. 5.

The new show, which is based on Jonathan Maberry's bestselling books, follows Dr. Luther Swann (Somerhalder) in a world where a mysterious disease has turned humans into murderous predators. As Swann tries to get to the bottom of the mystery, his best friend Michael Fayne (Adrian Holmes) succumbs to the disease and eventually rises up as the powerful leader of the vampires.

Back in April 2018, Somerhalder teased the new show to POPSUGAR saying that he was very excited "to tackle real, social issues" through the show. "There's no rating on the show, so it's actually a lot more realistic," he said, comparing Netflix's V Wars to The CW's Vampire Diaries. "The way things happen in life, you can show. The social issues that you're not able to address in network television, you can intertwine them into a fictional narrative that actually is not that far away from the truth."

Get a sneak peek of what's to come ahead before the 10-episode series drops next month.

Related:
Every New Show That Netflix Premiered in 2019 (Buckle Up, There Are a Ton)
Previous Next Start Slideshow
Ian SomerhalderNetflixTVV Wars