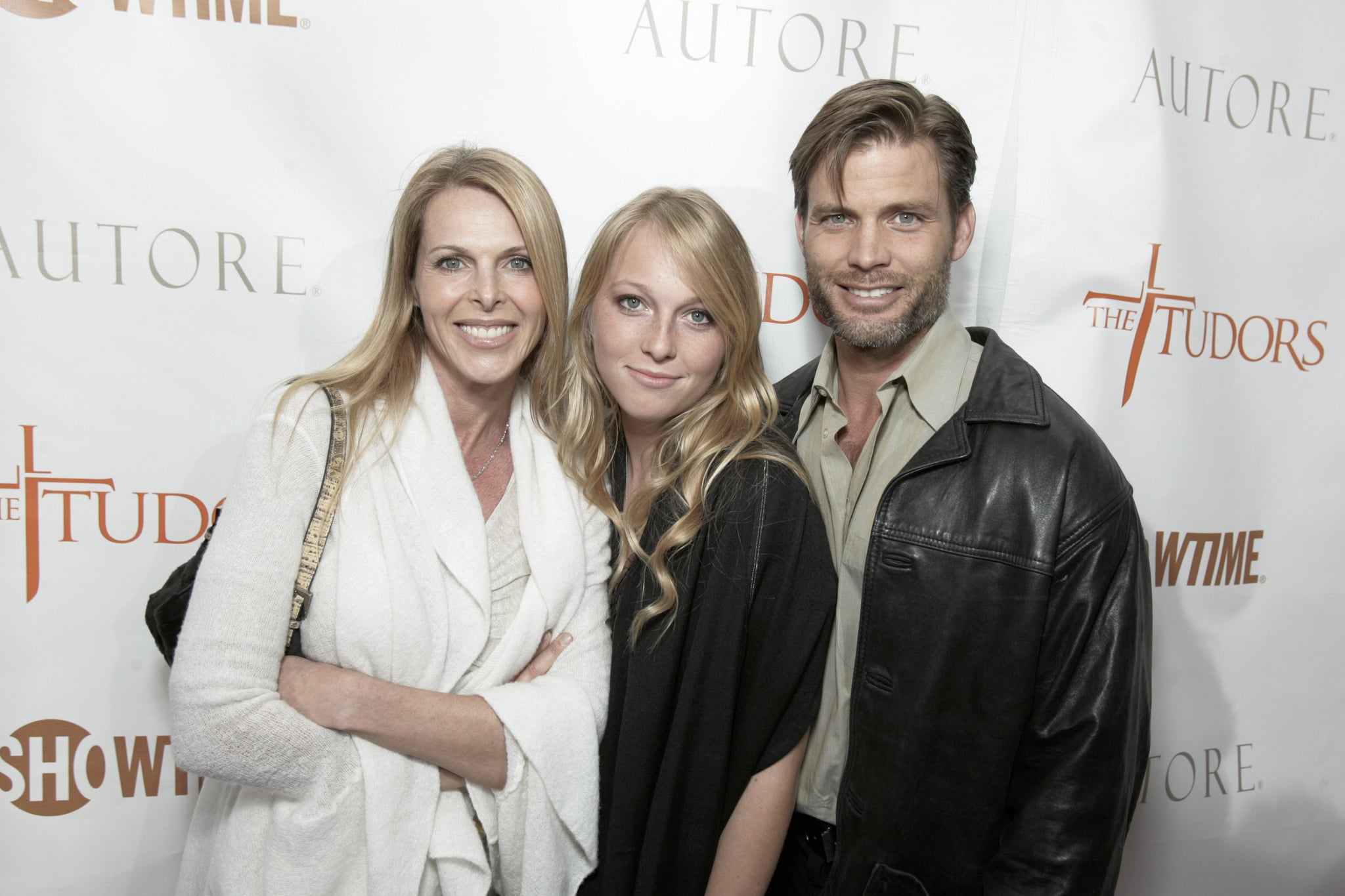 Roughly 16,000 people once participated in Keith Raniere's professional development program NXIVM, and that number, as we saw on HBO's The Vow and Starz's Seduced: Inside the NXIVM Cult, included a handful of celebrities. One Hollywood star who became devastatingly aware of the cult's darker secrets was Dynasty's Catherine Oxenberg (shown above with daughter India and ex-husband Casper Van Dien in 2007). The actress brought her daughter, India, into the group before knowing the full extent of Raniere's abuses. Following years of mistreatment, India left NXIVM after Raniere's arrest and has been keeping her profile low ever since.

In 2011, Catherine introduced India, then 19, to NXIVM, believing that the company's self-help courses would help her daughter start her business and transition into adulthood. Little did she know that the multilevel marketing scheme had also been a funnel for Raniere to recruit women into NXIVM's sex-slave cult, DOS. Before NXIVM's legacy went tumbling down, India was branded and indoctrinated into the cult. She had been pressured into maintaining a 500-calorie-a-day diet and into having a sexual relationship with the founder. Smallville actress Allison Mack was her "master." Catherine fought to get her daughter out of the cult — in 2017, a NXIVM defector reached out to the Dynasty star with concerns about India's condition.

In August 2018, Catherine revealed that India had left the cult around June of that year after Raniere's arrest and NXIVM's shutdown. Catherine's been vocal about the cult's impact on her family, releasing a book, Captive: A Mother's Crusade to Save Her Daughter From a Terrifying Cult, in 2018 and producing a Lifetime movie, Escaping the NXIVM Cult: A Mother's Fight to Save Her Daughter, in 2019, which both illustrated NXIVM's dark and predatory side.

According to Catherine, India has plans to write a book about her experience in NXIVM, but the details and release date are unknown. "I think it's important as part of India's healing process, as part of her reclaiming her sense of autonomy. Feeling empowered as a woman and not as a victim anymore," Catherine told Access Hollywood in 2019. "She's been bantered around and exposed so much in the press, largely at my hands, but it was the only recourse I had as far as getting her out."

India reappeared in the news in October 2020 and has been speaking out about her personal experience with the cult. In an interview with Entertainment Tonight, she revealed that she's finally ready to talk about what she went through. "Everyone's made mistakes and we learn from them and this just happened something that I never anticipated having to deal with," she said. "I could never have expected having the life that I have now. I just feel so much more me."

Her mother has also kept the press in the loop, telling Good Morning America that India had "done a lot of healing" and was now "in a really empowered place." India is now engaged to Patrick D'Ignazio, a chef at the Double Zero restaurant in New York City. She announced her engagement on Instagram in October 2019.

Following the June 30 sentencing of Mack to three years in a federal prison for her involvement with NXVIM, India spoke to People (The TV Show!) about forgiving her. "I think when you are lucky enough like I am to have real love in your life and real support, it gives you the opportunity to have forgiveness and closure because you know what really matters," she told the outlet. "I did not expect to get a letter from her, and the tone seemed honest and really sad, and also . . . like she has seen the truth of who Keith Raniere really is. That was validating in itself to know that everything that my mother and I have done and spoke about actually had an effect on her."

She continued, "I don't have any reason not to [accept her apology] . . . It doesn't take away everything that has happened to myself and her other victims, but it's definitely something that gives me more peace moving forward." Catherine also added that she felt that "if this is [the judge's] sentence that he has chosen for Allison, this is justice." As for India's future, Catherine thinks "she has come out of this stronger, she's found her voice, she is deeply involved in activism."