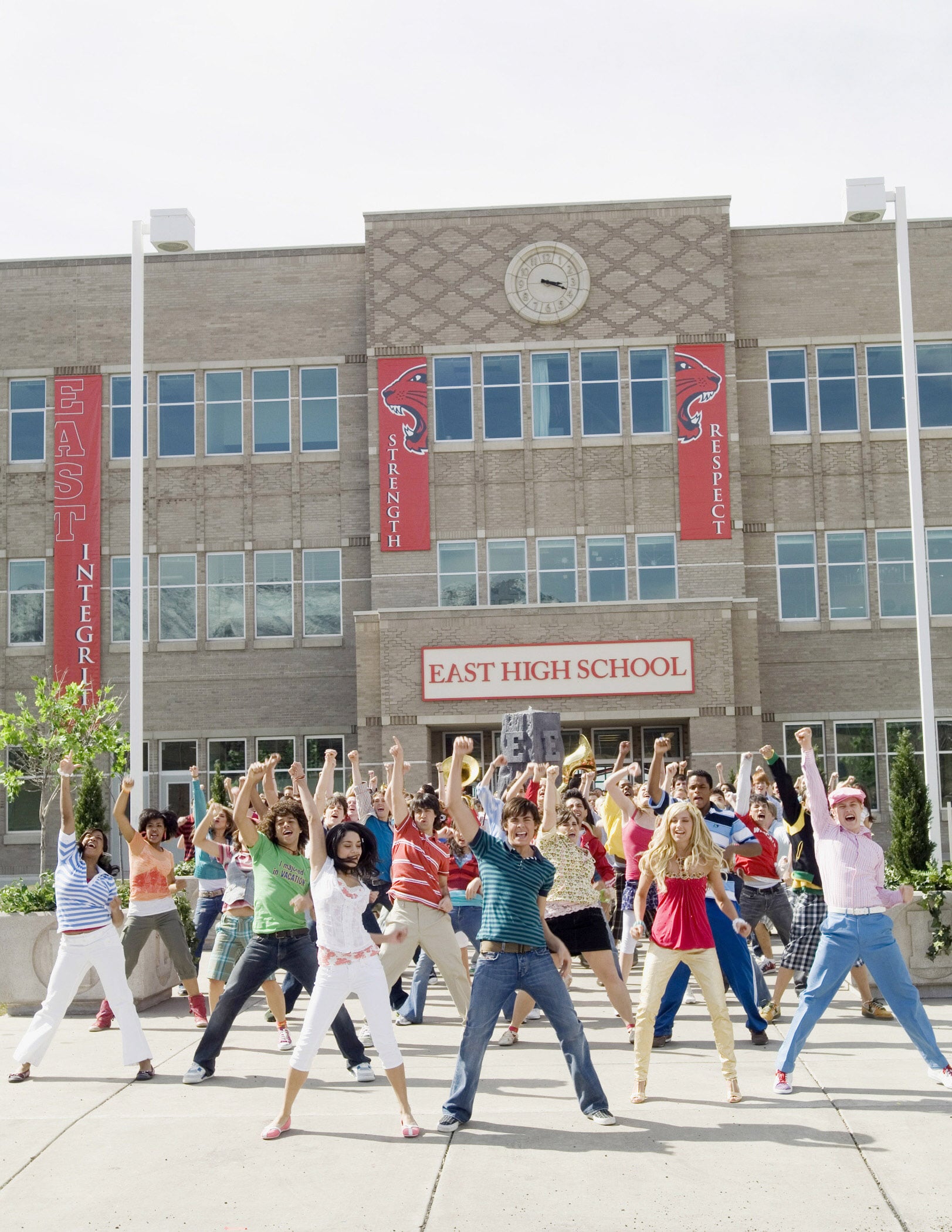 While the original trilogy of High School Musical films were set in Albuquerque but filmed in Salt Lake City, the new TV series is both filmed and set in Utah. The real-life East High School, part of the Salt Lake City School District, was confirmed in a Salt Lake Tribune article to be one of the major filming locations for the series. "They're hoping to use some of the original locations because they're so well-loved," Utah Film Commission director Virginia Pearce told the paper.

The school has had to bounce back from a major setback in recent years, though. In July 2017, Seventeen reported that flash floods in Salt Lake City and the surrounding area had severely damaged the school. The damage was estimated to be between $2 million and $3 million at the time. However, the school has clearly recovered well, as all your favorite High School Musical locations are alive and well in the new series. Although you won't be seeing any of the original characters in the new show, it will definitely be revisiting iconic spots like the auditorium, the basketball court, and the cafeteria.

It's not just the setting that's inspiring the new TV series, though. High School Musical: The Musical: The Series is a fictional mockumentary about a real-life production of High School Musical at East High — but that's not entirely made-up. While the characters in the show are, of course, fictional and created by the writers, there really was an East High production of the licensed stage version of High School Musical in 2007! That production is the basis for the tongue-in-cheek, heavily meta show, which is set to debut on Disney+ on Nov. 12 after a sneak peek on Nov. 8 on ABC, Freeform, and Disney Channel.