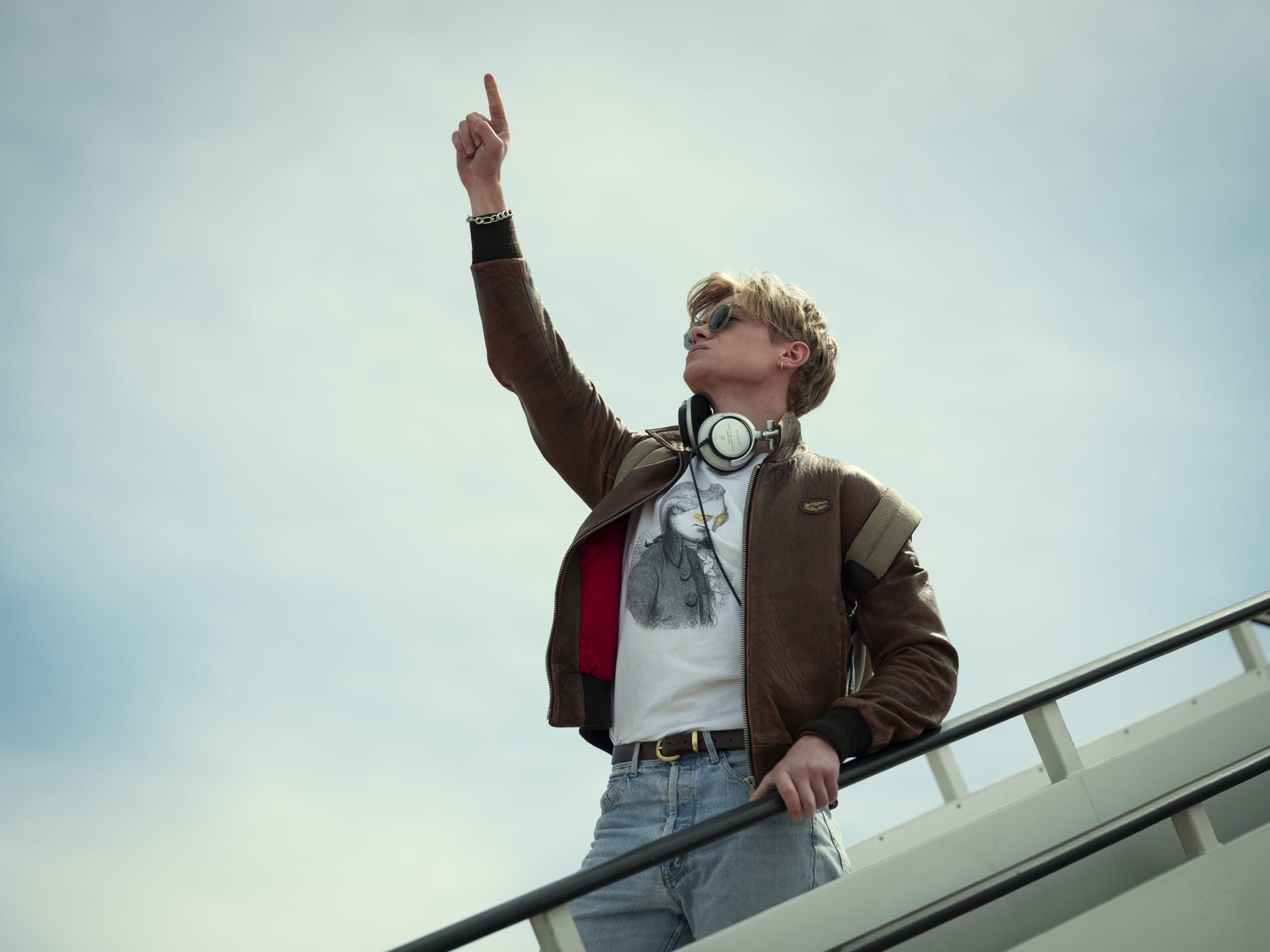 Netflix's White Lines is a wild ride of violence, all-night parties, and falling in love with people you shouldn't fall in love with. The Ibiza-set story follows Zoe Walker (Laura Haddock) as she tries to figure out exactly what happened to her brother, Axel (Tom Rhys Harries), 20 years ago when he left home in Manchester, England, and set off for a new life in Ibiza. It takes all 10 episodes of the first (and perhaps only) season to get to the bottom of his disappearance, and the end is definitely not what we expected.

Axel is best friends with his younger sister, Zoe, and wants her to come along with him to Ibiza when their dad kicks him out. She stays behind, though, because she's still underage. She promises Axel that when she turns 18, she'll come join him and his friends in their lavish life. He disappears, though, and Zoe and her dad are told that he's gone to India. They never hear from him again. Two decades later, his body is found in the desert in Almería, Spain, on the property of the very prominent Calafat family.

Kika Calafat (Zoe Mulheims and Marta Milans) dated Axel while she was a teenager, and her parents tried to pay him off to leave her alone. The family's patriarch, Andreu (Pedro Casablanc), quickly assumes after Axel's body is found that his son, Oriol (Juan Diego Botto), who hated Axel, or his wife, Conchita (Belén López), murdered him and buried him on the property.

Zoe comes to Ibiza to try to figure out who killed her brother and traces his disappearance back to the night of his 24th birthday. That night, he and his closest friends, Marcus (Ceallach Spellman and Daniel Mays), Anna (Kassius Nelson and Angela Griffin), and David (Jonny Green and Laurence Fox), hosted an unbelievable 24-hour blowout party, complete with more drugs than you can ever imagine and 600 guests. In current day, Zoe keeps asking the trio, who are all still in Ibiza, to help her figure out if someone at the party knew something, but they keep insisting that there were too many people there who took too many drugs.

During the final episode, we finally get the full picture of what happens at the party. In a flashback, Marcus and Anna get married. On that same day, Anna sleeps with Axel, then Axel calls Marcus a loser. At his birthday party, Axel sets a huge fire and tells his guests he's letting the past go and starting anew. While he and Anna are alone in the pool, he tells her he sold all the clubs they'd purchased together and all the music they'd made together and burned the money in the bonfire, leaving them all with nothing. In a fit of drug-fueled rage, she tries to drown him.

Marcus shows up and helps Anna put Axel in the trunk of Oriol's car (they stole his keys while he was passed out with David). As they're driving out to dump the body, Axel wakes up and busts out of the trunk of the car. As he's trying to get away, Marcus backs up the car and hits him. He tries to crawl away when Anna takes a screwdriver and stabs him, killing him.

Axel's body was buried on the Calafat's property and Zoe and her dad were fed a fake story. Though 20 years ago their dad came to Ibiza to try to figure out what happened, he was sent away and told to stop looking. For 20 years, Axel's friends kept their secret and Zoe struggled with thinking her best friend abandoned her. It was a tough road for Zoe in solving Axel's disappearance, and there are still several story holes that could benefit from a second season, so we'll just have to see if we ever get those answers.

TV
Director Sharmeen Obaid-Chinoy Wanted to Bring the "Anguish" of Partition to "Ms. Marvel"
by Victoria Edel 17 hours ago