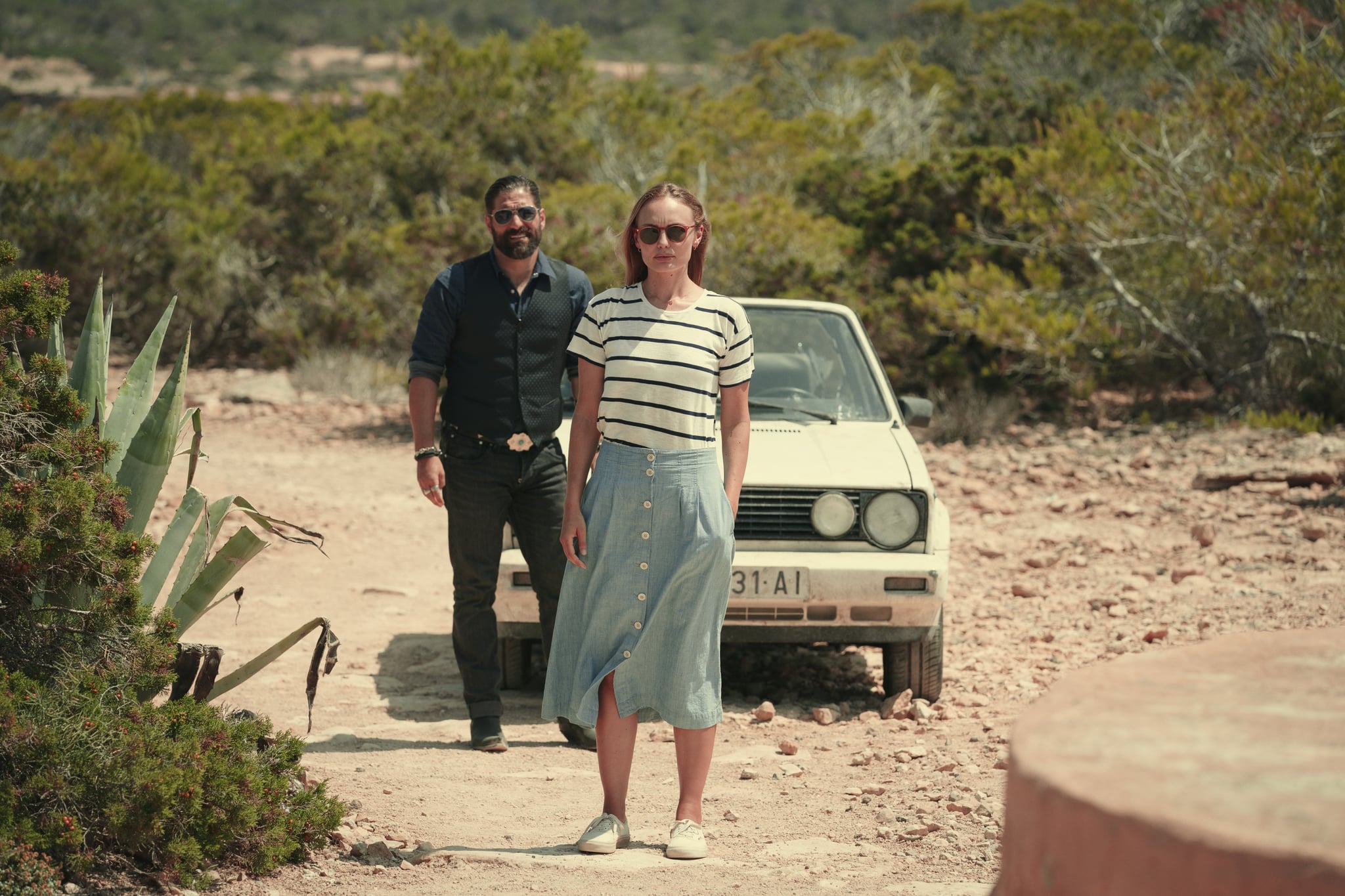 Netflix's newest whodunnit premiered on May 15, but we already have high hopes for season two. The aptly named White Lines comes from the creative mastermind behind La Casa de Papel (Money Heist), Álex Pina, and the producers of The Crown, so it's hard to believe the new series won't be a smash hit. The real question is, what would we want to see in season two?

Season one follows Zoe Walker (Laura Haddock), a young woman who leaves her husband and daughter behind in Britain when her brother's body is discovered two decades after he disappeared in Ibiza. She returns to the Spanish island paradise to investigate his death, but her quest leads her down a decadent and dangerous path. Caught in the world of dance clubs, lies, and cover-ups, Zoe is forced to confront the darker side of herself as she struggles to learn who to trust and how to survive. Since we don't want to ruin your fun too early, we won't reveal the season's big twist or the identity of the murderer. Instead, we'll just confirm that the killer is indeed unmasked, so the next installment wouldn't need to cover that ground anymore.

So what would season two entail? Perhaps we can venture further into Zoe's life and how she'll deal with the family she left behind. After everything she's seen and gone through in Ibiza, can she return to her old life like it never happened? And can she leave behind the people she's grown close to? And, of course, there's the rest of the action that doesn't end just because one man's murder has been solved. White Lines opened up a world of drugs and partying that fans will no doubt love to delve into some more. We'll have to wait and see if Netflix will give the people what they want.

by Jenny Sugar 52 minutes ago