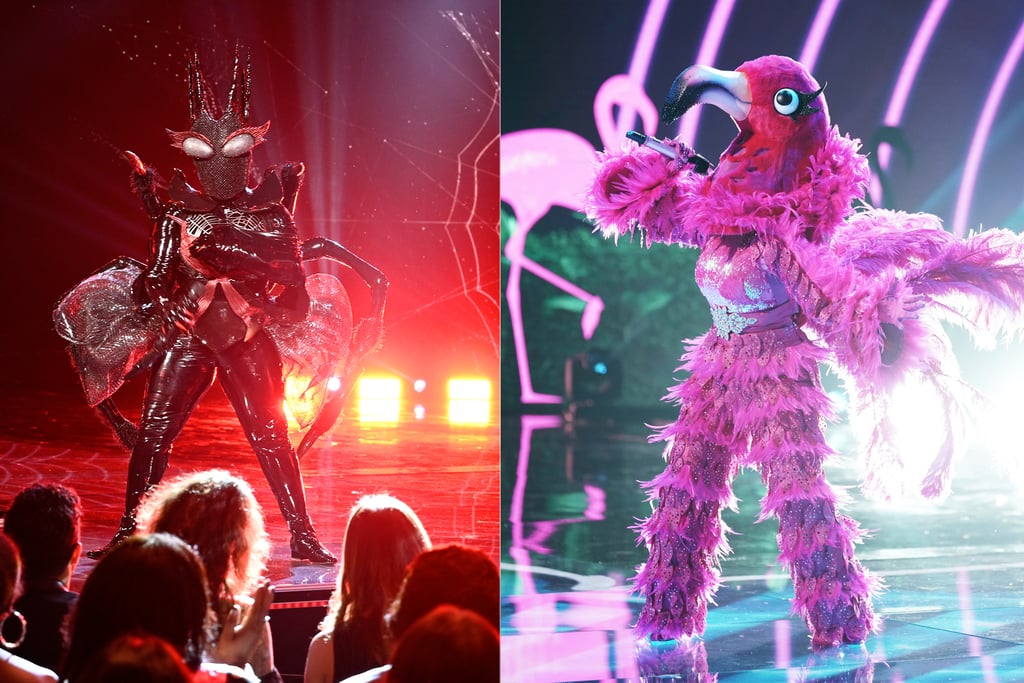 Hmm, We Suspect The Masked Singer's Flamingo and Black Widow Go WAY Back . . .

The wildly popular hit Fox reality competition show The Masked Singer is back for it's second season, and it just as whacky as ever. The costumes are even more vibrant and the guesses are equally as crazy. Now, a few weeks into the new season, we've already seen five celebrities unmasked — figure skater Johnny Weir, YouTube star Ninja, boxer Laila Ali, Dr. Drew Pinsky, and singer Paul Shaffer — with many more still to go.

With 11 celebrities remaining, two very prominent guesses have Twitter buzzing with theories. Could a Cheetah Girls reunion be happening on the show this season? Many fans think actress and singer Raven-Symoné and Adrienne Bailon, host of daytime talk show The Real, are current contenders on the Fox competition series.

Both with impressive vocal chops and fierce dance moves, it's very plausible. Symoné and Bailon starred together in Disney's Cheetah Girls franchise, making for one supernostalgic reunion. Could these two really be competing against one another this season? Read on to see the clues and fan theories that leads us to believe these masked singers are together again on the small screen.

Hulu
The "Grown-ish" Cast on Family, Finances, and More
by Jon Randhawa 11 hours ago