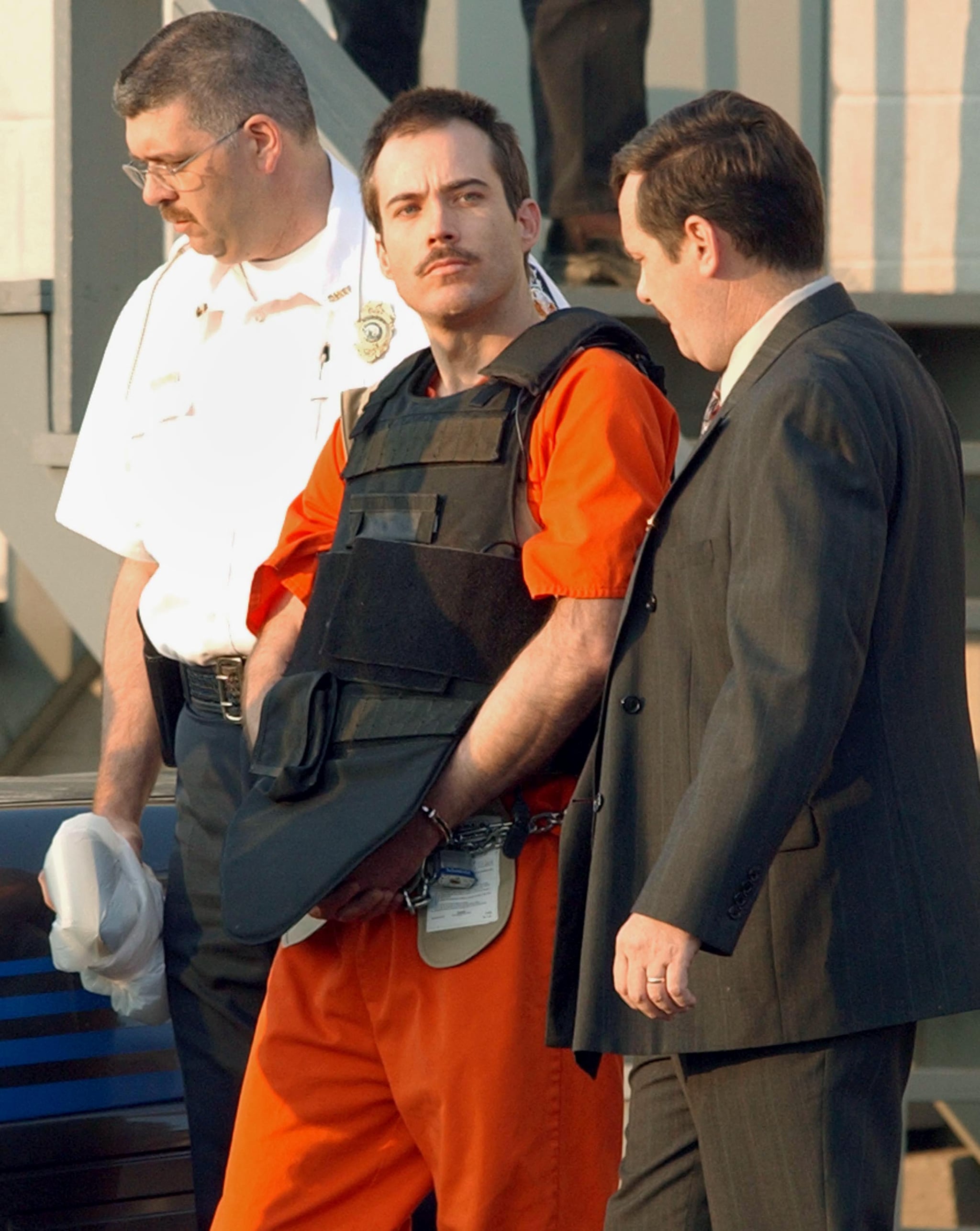 Clint Eastwood's biopic Richard Jewell follows the innocent titular character's arc from hero to suspect during the 1996 Atlanta Olympics bombing, which killed two and hurt over 100. Jewell, the security officer helping people clear the area, found himself put under a microscope by the FBI and press despite doing no wrong. It wasn't until almost a decade later when the FBI caught the real bomber: Eric Rudolph, an anti-abortion, homophobic white supremacist who continued setting off bombs after the Atlanta attack.

Rudolph's background had many twists and turns. Born in Florida in 1966, his father passed away during his teenage years, a time when he began subscribing to a subculture of intolerance and developed racist views. Before enlisting in the military, he joined a Christian Identity compound, which was devoted to white supremacy. His military service ran short due to him being discharged because of his marijuana use. His former sister-in-law said that after he returned, he made money selling pot and doing carpentry work. Rudolph then sold his family home in 1996, the year of the Atlanta bombing. He lived in rental properties and a trailer for the next few years and went into hiding when the police came after him.

Eric Rudolph and the Atlanta Bombings

Because the FBI was after the wrong guy for the Atlanta bombing, Rudolph continued with his crimes. About half a year after the attack at the Olympics, he set two bombs at an abortion clinic in Atlanta in January 1997, injuring seven people. He then planted another bomb at a lesbian night club a month later, hurting four more. During the last of his known bombings in 1998, Rudolph hid a bomb at a women's clinic in Birmingham, killing an officer and injuring a nurse. Authorities only started looking for him in January 1998 when witnesses saw his Nissan truck parked by this last clinic. They later found his truck near Murphy, NC, but not him. In May 1998, the FBI added him to the FBI's Ten Most Wanted list. In a bizarre turn of events, Rudolph's brother Daniel cut off his hand in protest of the media and FBI probing his family. (His hand was surgically reattached, though.)

What Happened to Eric Rudolph?

For years, Rudolph hid out in western North Carolina at campsites and caves, burying stashes of explosives near his living area. He was finally caught foraging food at a grocery store dumpster, which supplemented supplies that he stole at a nearby granary and loading docks. In 2003, a young rookie officer by the name of Jeff Postell finally tracked down Rudolph in Murphy, NC. In written statements, it appeared that Rudolph's crimes were motivated by religiously based anti-gay and anti-abortion sentiments. In 2005, he pleaded guilty to all charges related to the bombings to negotiate life sentences without the possibility of parole.

With his brother's help, Rudolph eventually published an autobiography in 2013 (Between the Lines of Drift: The Memoirs of a Militant), but Alabama took his royalties from sales ($200) for the $1 million that he owed in restitution, as he could not legally profit from his crimes.

Tom Hanks
How Accurate Is "Elvis"? What's Real and What's Not
by Hannah Resnick 9 hours ago

Movies
Zawe Ashton on Bringing Her "Quirky" Love Story to Life in "Mr. Malcolm's List"
by Victoria Edel 11 hours ago