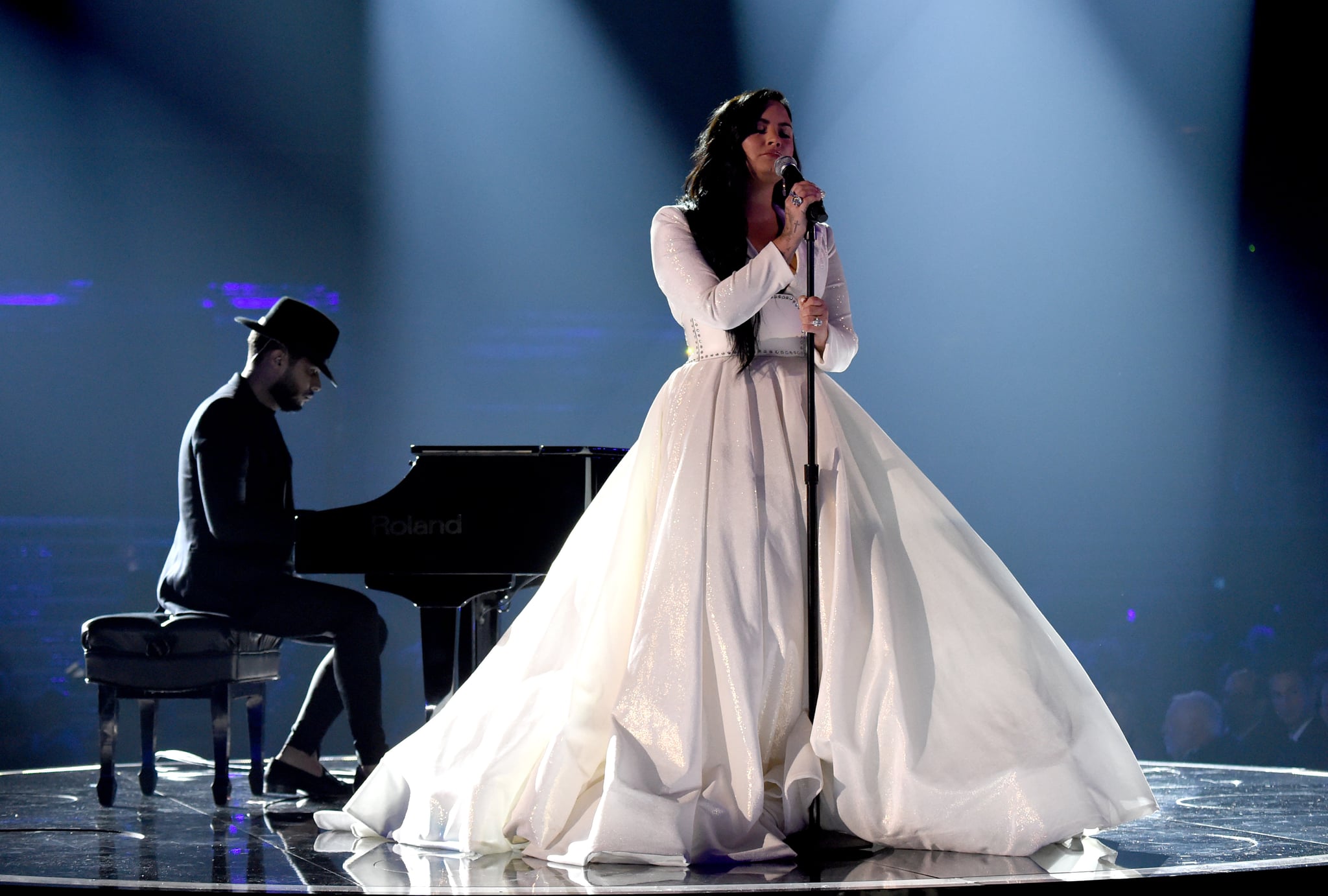 Among all the emotionally charged moments at Sunday night's Grammys, Demi Lovato's return to the stage was definitely one that had us in tears. And she wasn't alone up there — she had her talented pianist, who accompanied her on her moving, bittersweet performance of "Anyone", a song written about her sobriety struggles just before her 2018 overdose. So who was the piano player with Lovato? That would be Steven Styles, a musician based out of New York and Los Angeles who has performed with Lovato on several occasions in the past.

On Styles's Instagram, he shared a post in the days leading up to the Grammys, captioning a pair of headlines about Lovato's upcoming performances at the Grammys and the Super Bowl with the caption "aaaaand we're back..." As it turns out, Styles has been working with Lovato for years: as far back as 2014, he's shared images of the two of them performing on stage together, and he's been sharing behind-the-scenes and rehearsal pics from several of her big performances, including the 2017 MTV Europe Music Awards and the 2018 Billboard Music Awards.

Styles's presence was especially notable during Lovato's Grammys performance when she had to stop for a moment at the beginning of her song. Overcome with emotion, she paused to collect herself and then signaled to him to restart the song, which he did immediately. It was an especially touching and human moment that proves again how important it is for even the biggest stars to have a group of collaborators and musicians who they work well with and trust completely.