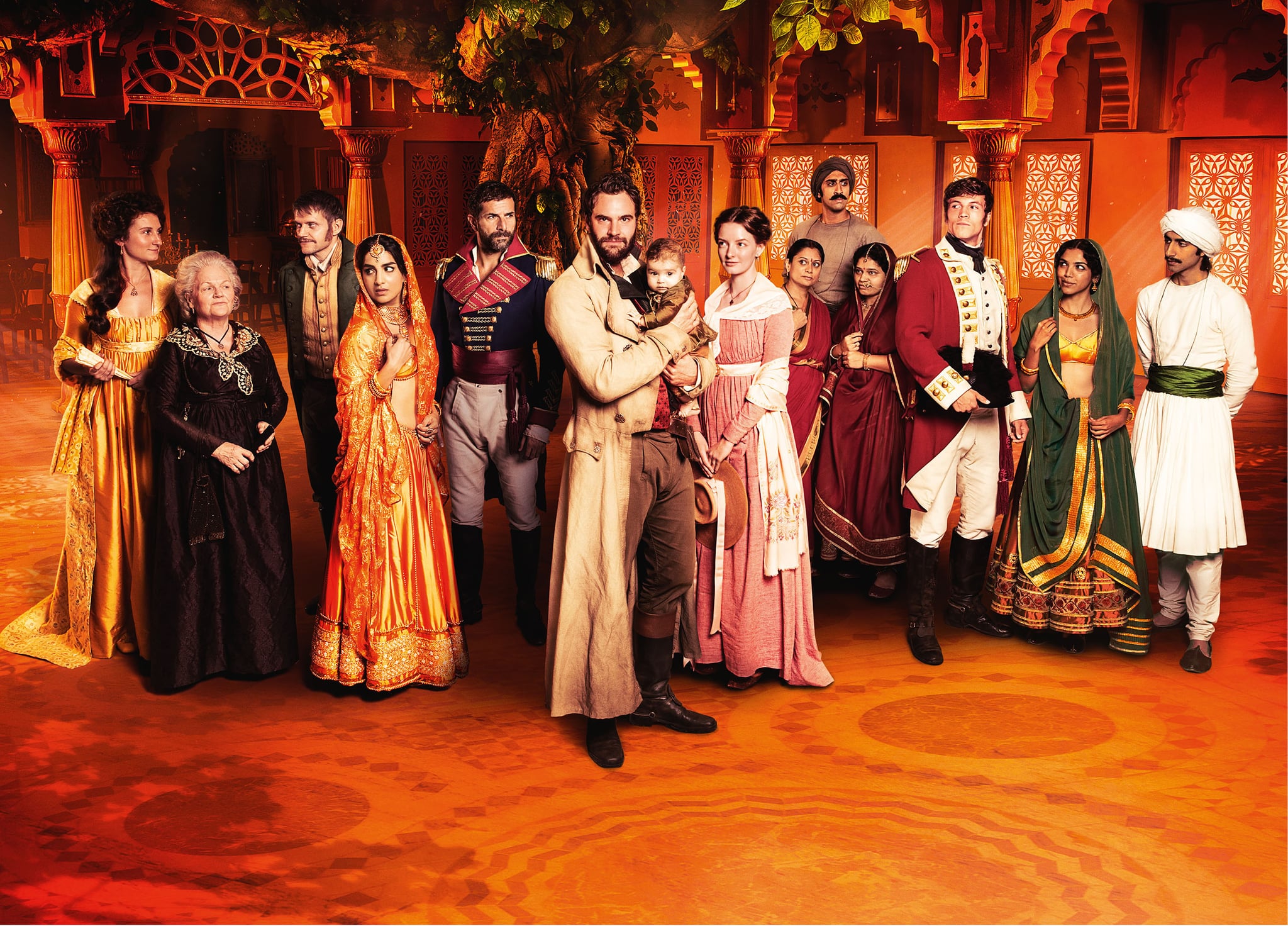 We had planned to visit family in India this summer, but instead I'm adding my notes to these travel tips for friends. And each Sunday night, I'm watching Beecham House, which premiered last month on PBS Masterpiece for US audiences.

Set in India, Beecham House's six episodes narrate a fact-based fiction of an Englishman living in Delhi in the late 19th century. His household includes a baby, Indians, and some British family, with interactions with Muslim neighbors, British and French troops, and the Mughals. It is written, produced, and directed by Gurinder Chadha, whose films like Blinded by the Light have astutely championed the nuances of Indian culture, featuring familial care, domesticity, coming of age, marriage, parenthood, or larger issues like racial discrimination, prejudice, and even ethnic violence. Beecham House attempts a monumental task: creating a glimpse into the complex power struggles among capitalist empires that plundered colonial India and the human stories that unfolded in the shadow of religion, racism, classism, wealth, and tyranny.

First released in India and the UK in 2019, some critics argued it perpetuated cultural tropes and others skipped acknowledging its ensemble cast of award-winning Indian actors like Roshan Seth and Lara Dutta. And then others, spoiled by big-budget Bollywood dramas like Jodhaa Akbar and Bajirao Mastani, failed to recognize its significance on a medium that seldom features brown characters (and when they do appear, they don't even have complete stories). Its perceived imperfections reflect that many western audiences are not primed for the tidal wave of complex multilayered Indian stories.

Related:
What Insecure Means to Me as an Inglewood Native

The expectations are misplaced – burdening one talented storyteller to tell an intricate story flawlessly, rather than asking why Chadha alone is charged with educating television audiences about cultural complexities, or why western media doesn't include more authentic and complete stories set in India or around people of Indian origin.

At a time when Indian culture is rampantly commodified in favor of consumerism, this dramatic production with a large ensemble Indian cast, where white actors are outnumbered, shepherded by a person of Indian origin, is a fantastic, liberating change.

US audiences are accustomed to watching South Asian characters onscreen for a few frames as exotic elements – in dance routines, as comedic relief sidekicks, or as immigrants. Such contemporary but incomplete inclusions also perpetuate skewed generalizations. Streaming services offer many Bollywood films, but most non-Indian audiences lack familiarity and confidence to read past the subtitles. Indian culture is not all opulence, servitude, and class discord. Yet movies like Victoria and Abdul, Hundred Foot Journey, and The Best Exotic Marigold Hotel (all nominated for Oscars, Golden Globes, or both), aren't critiqued for taking generous liberties around South Asian narratives. Instead, their casts, white savior narratives, and costumes are celebrated without acknowledging those who inhabit these stories as life.

Beecham House highlights the pitfalls of the generous Indian hospitality, and is a reminder of the ills of colonialism, but despite its imperfections and inadvertent clichés, it offers a welcome respite. At a time when Indian culture is rampantly commodified in favor of consumerism, this dramatic production with a large ensemble Indian cast, where white actors are outnumbered, shepherded by a person of Indian origin, is a fantastic, liberating change. As a network television show, it is accessible, and allows self-paced learning of world histories.

For too long, American television included whitewashed Indian stories, immigrant tropes, an occasional Gandhi screening when aligned with a news cycle, and Rudyard Kipling's version of India. But now, I get to enjoy the familiar scalloped, graceful architecture, nostalgia-inducing enclosed courtyards and brass lamps, typical cultural ticks of characters, and the humor in presumptuous colonial expectations of Indian food. Sure, I winced at the sound of the word "sherbert" and wondered if they meant "sharbat" instead, detested the literal translation of colic into the "baby has wind," and the lightly scrubbed enunciation of an otherwise delightfully lyrical Indian-English – but knew it was meant for an audience who wouldn't likely appreciate the real thing just yet.

However, I will take Beecham House, imperfections, and all, over offerings of a Chai-tea latte, curried masala chicken, and the misplaced "Namaste" any day.