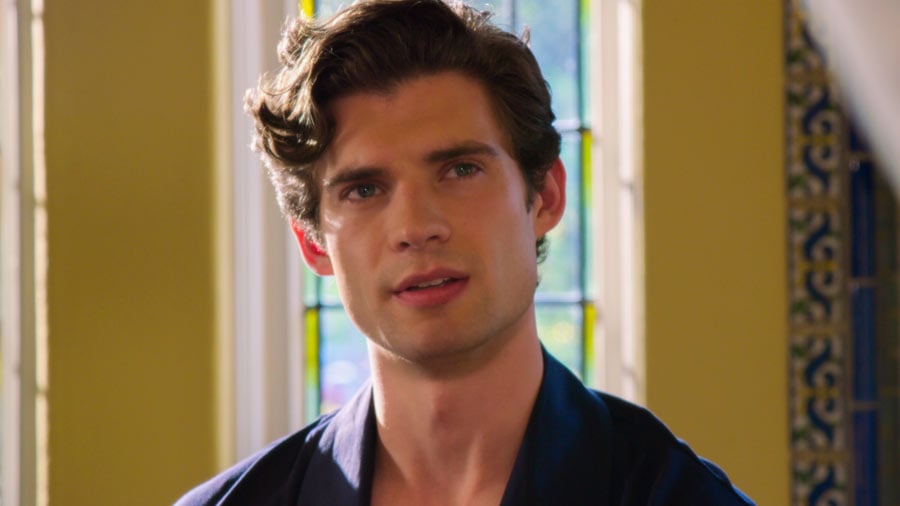 If you've started Netflix's new dark comedy The Politician, you know there is a big death in the first episode that really drives the action of the entire first season. It's a complicated situation with an air of mystery hanging around it, so if you were left a little confused, read on to find out what we think went on between Payton (Ben Platt) and his supposed rival.

Warning: Spoilers follow for season one of The Politician.

In the premiere episode of The Politician, Payton Hobart is running for class president against River (David Corenswet), a character we come to learn is Payton's tutor, friend, and sometimes his lover. River appears to have it all — he's very handsome, articulate, friendly, likable. And he confesses during a debate that he tried to kill himself a year ago.

"I keep thinking that the only thing we all share together is that we're all alone. And we take pictures and we post 'em and we Facebook and Insta and tweet and Snap and everything and it just makes it worse," River tells an auditorium full of students. "I tried to kill myself last year. Yeah, I never told anyone that . . . It was about a year ago and I don't know, I was just feeling really depressed. Not even depressed, just hopeless. 'Cause I felt so alone and I was afraid I was always going to feel that way . . . and I don't want anyone at this school to ever feel like that. It's important to me that all of you know that your lives have value and that they're important. That you're important."

Related:
Netflix's The Politician Has the Best Cast in Ages — Here's Where to Follow Them

And River hasn't been able to shake the feeling of hopelessness. We see him with a gun at the beginning of the episode and by the end of the episode, he uses it to kill himself — right in front of Payton.

On the surface, it may seem as though River killed himself because he felt so alone. But as the season goes on, it becomes more than that. When Payton has a near-death experience, he talks to River and wonders how someone who "looks like Superman" and had a ton of money and everyone adored could kill himself. 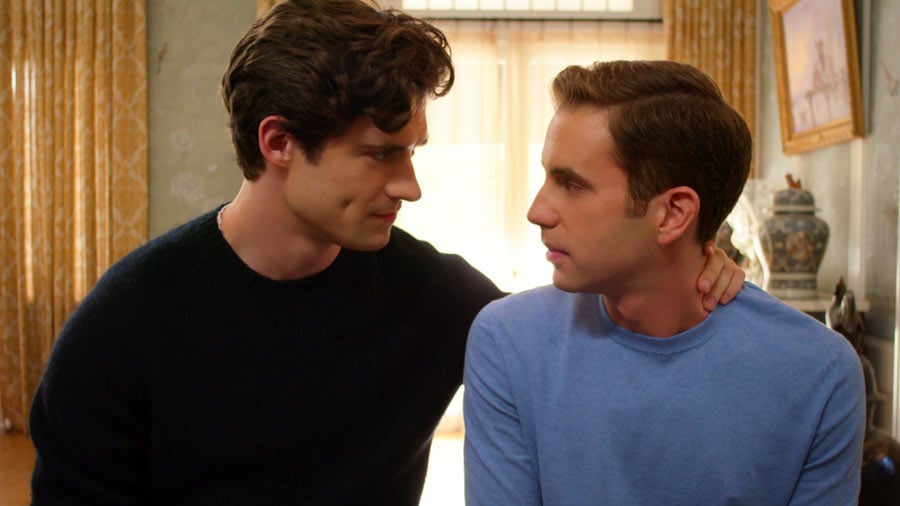 River says he tried a lot of things — therapists, medication, hypnosis, meditation. But nothing made him feel better. "I feel everything," he says. "There just wasn't enough positive emotion to balance me out."

He starts acting as a shadow for Payton, a conscience-like figure whom Payton talks to when he needs advice. River tells Payton he has to go back and "bring balance back to the world." That is the purpose of the power Payton is seeking.

When the show jumps forward in time three years in the season finale, Payton isn't seeing River as much anymore. River thinks it's because Payton is finally starting to feel things like River did, so he doesn't need him as much as he used to.

Their relationship is quite the serious, spiritual thread for a show that is mostly darkly comedic satire, but somehow it works. The actors can be thanked for that; they really are great together. It'll be interesting to see if Payton continues to rely on River as a sort of spiritual guide as the show progresses.