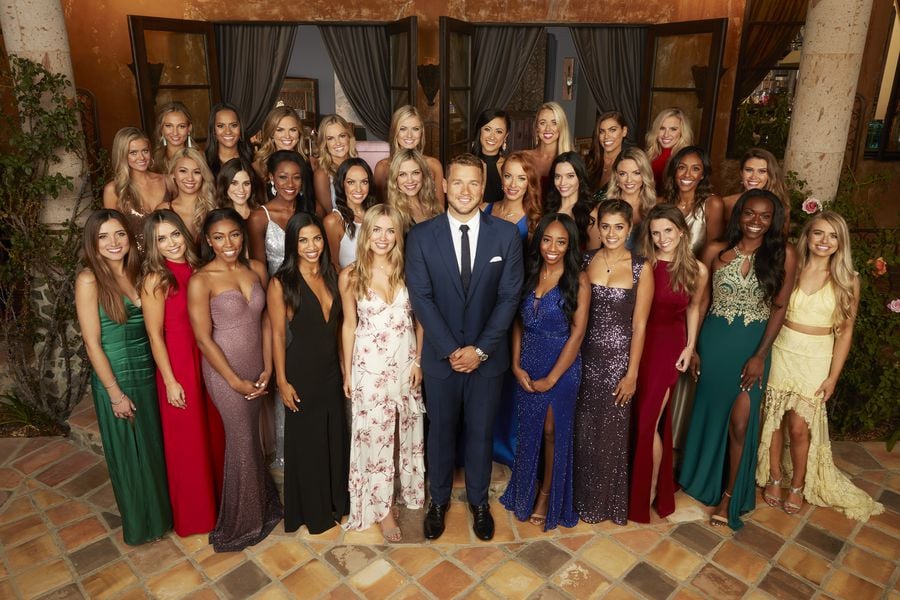 The early 2000s saw a dating show boom, but while series like Next, Flavor of Love, and Joe Millionaire now just seem like poorly aged relics of the past, the Bachelor franchise is still standing. In fact, it remains among the most popular reality shows on television — but unless producers want the show to suffer the same fate of its contemporaries, they need to make some changes. The Bachelor's traditions and tropes feel dated, upholding conservative values more in line with the generations past than that of the majority of the show's contestants.

Case in point: when the latest Bachelorette Hannah Brown reached the end of her season, her two male finalists both planned to propose to her. She is the star of the show; why wouldn't she be expected to propose (if she wanted to) as the male lead of The Bachelor does? Give the girl a chance to get down on one knee! These male finalists also often ask the Bachelorette's father for his blessing or permission for them to propose to her, citing how important it is to get her family's approval. On the flip side, the Bachelor selects four women for hometown dates and will usually ask all of their fathers for their blessings. Don't ask women for the permission of their fathers — ask them if they want to get married. 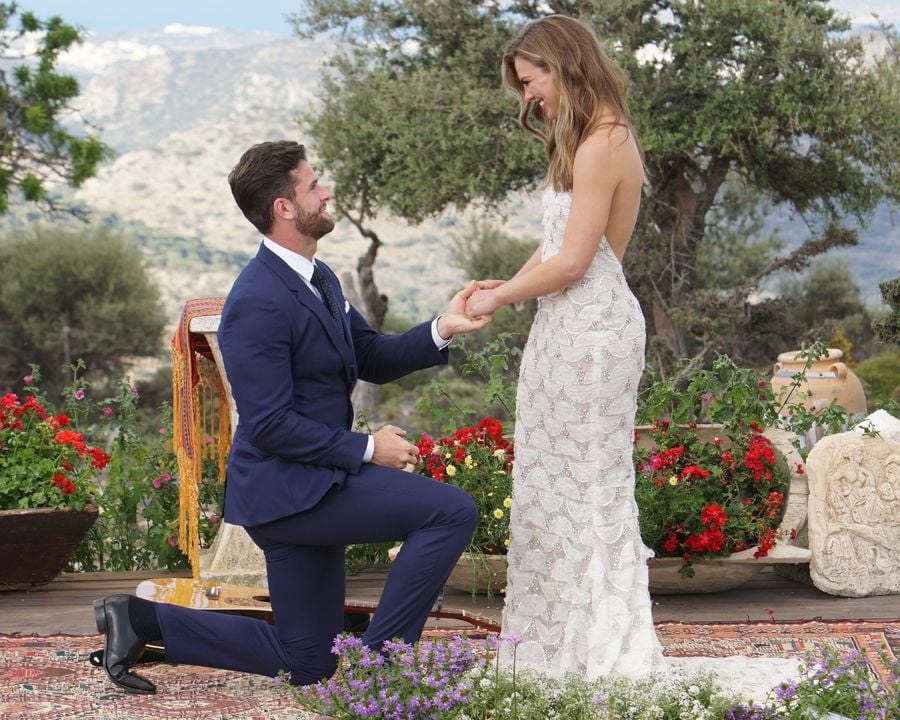 Yes, women proposing to men is still quite rare. Wedding website and brand The Knot reported in 2017 that less than one percent of brides proposed to their groom. Meanwhile, 78 percent of men still ask for the permission to propose from the parents of their female partners. That doesn't mean one of America's most popular reality shows needs to perpetuate these traditions. Pinterest reported at the end of 2018 that searches for "women proposing to men" increased 336 percent that year. The times, they are a-changin'! (Let's not even touch on the fact that the leads are getting younger each year, despite the fact that millennials are getting married later in life and less frequently overall.)

Of course, the heteronormative and hegemonic values of The Bachelor go beyond just proposal traditions. The show is still exclusively about heterosexual love and only just recently featured the franchise's first same-sex relationship on the spinoff Bachelor in Paradise between Demi Burnett and her girlfriend, Kristian Haggerty (pictured below, with host Chris Harrison). But the relationship seemed oddly shoehorned into the series, given that Kristian was never a Bachelor contestant and Demi met her outside the show.

With dating shows like MTV's Are You the One? featuring an entirely sexually fluid cast, it's clear that one queer relationship on a spinoff doesn't make up for all the catching up the Bachelor franchise has to do. While the format of the show assumes that 20 people must be attracted to the same individual, the contestant pool doesn't need to be made up of 100 percent straight people. There's no rule stating that bisexual, pansexual, or fluid people can't be represented on the show. 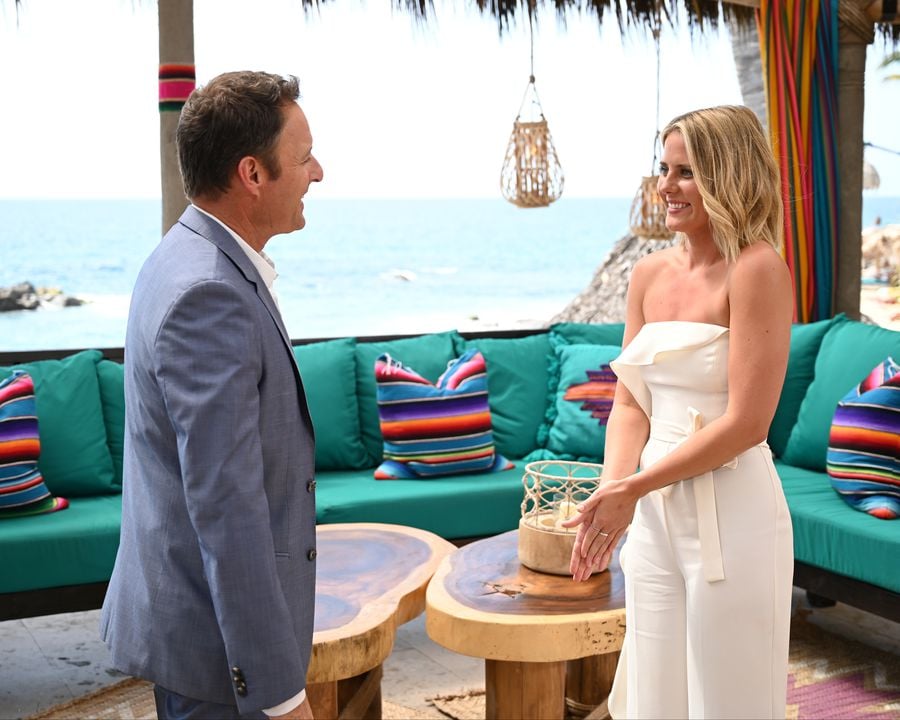 In addition, racial representation and offscreen controversy continue to be issues for the franchise. Rachel Lindsay was the first black star of either The Bachelor or The Bachelorette, and there hasn't been another racially diverse star since. White contestants continue to make up the majority of the cast. Garrett Yrigoyen was condemned for his racist and homophobic social media activity during the airing of the 2018 Bachelorette season . . . then went on to be selected by Bachelorette Becca Kufrin as her winner. Producers appear to be crowdsourcing the audience for dirt on the problematic contestants after they've been cast, rather than doing adequate research beforehand.

If these things don't change, the show will likely continue to alienate young viewers, as studies show that Generation Z is the most diverse generation racially, ethnically, and in terms of gender and sexuality. Continuing to uphold outdated traditions and cast the same type of (sometimes problematic) people season after season simply isn't good enough.

Looking back, Next and Joe Millionaire feel like products of their time, born from the trashiness and tacky glitz of early reality television. Comparatively, The Bachelor featured a sheen of class and legitimacy. Despite its influence among the first blockbuster dating shows, it's been slow to adapt, and the cracks in the formula could be catching up with it soon. When it premiered in 2002, the absurd aspect of the show was dating 20 people at once (so crazy!), and traditional values, like in regard to proposals, kept it grounded in some believability. Now in a post-Tinder world, perhaps dating and getting to know several people at the same time is the more relatable part, while the traditions have grown into another dated cliché.