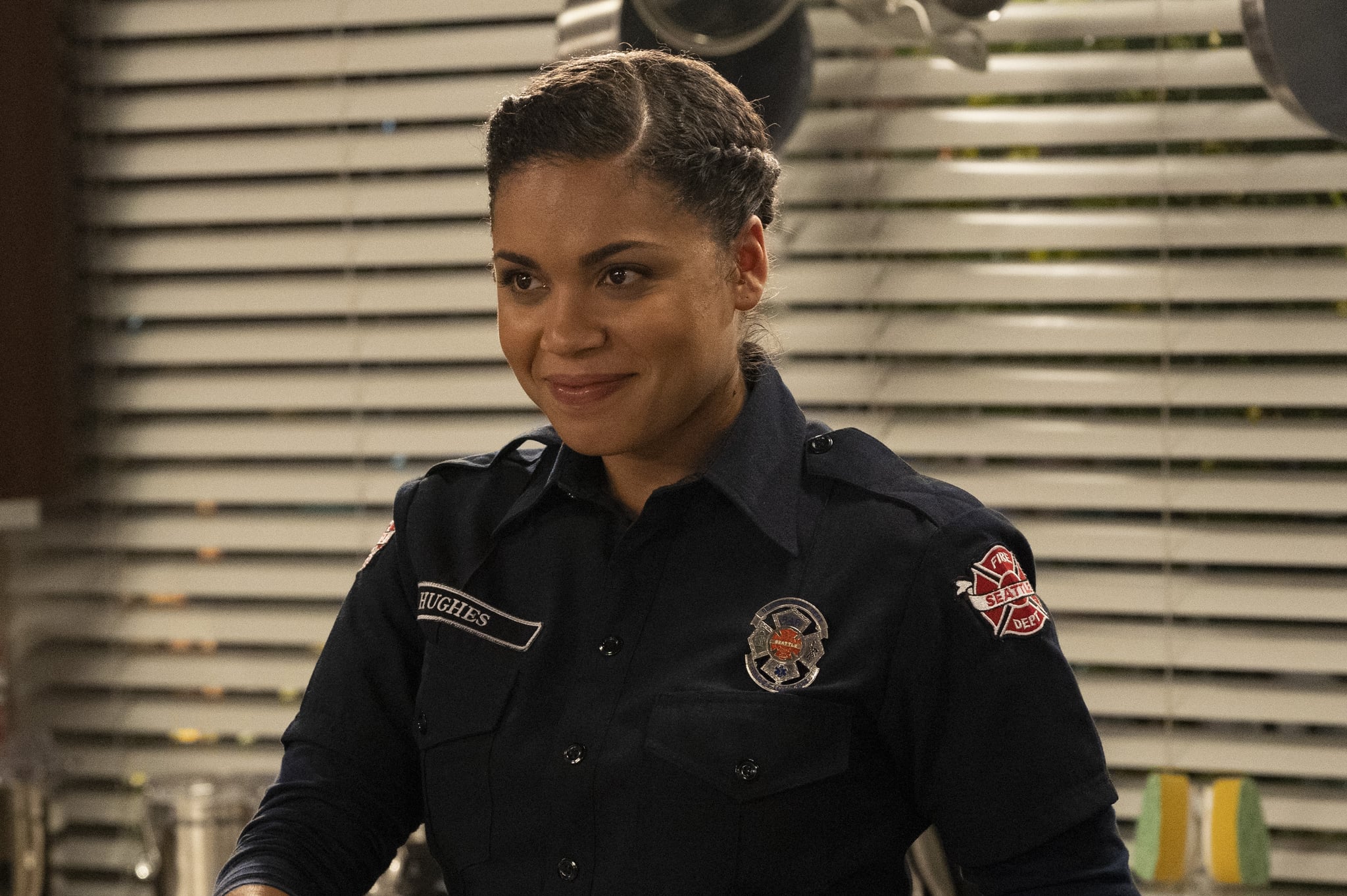 Season 16 of Grey's Anatomy is coming in hot with medical licenses at risk, a surprise pregnancy, and, already, a breakup followed by a potential new love interest. For that last one, it's Jackson — not dead — with his feelings in the air for Station 19's Vic Hughes (Barrett Doss). The inevitable has happened. Following a prolonged awkward flirting period and a relationship full of emotional miscommunications, Maggie and Jackson have called it quits after a bad camping trip. But there's a new woman on the scene to extinguish Jackson's heartbreak — Vic, one of Seattle's finest firefighters. And if you're all caught up with Grey's, you've definitely heard of Vic before.

Vic has been a main character on Station 19, the Grey's Anatomy spinoff about a group of firefighters in Seattle, including Grey Sloan's Ben Warren. In season 15, we first learn about Vic on the medical drama as the love interest of Chief Lucas Ripley in "What I Did For Love." Schmidt finds the fire chief passed out by a floral shop, where Ripley looked for flowers for a meeting with Vic. She had proposed to him earlier, to which he gave her no response.

Ironically, Jackson had accidentally proposed to Maggie earlier that season, and when she encountered Ripley, he had just asked her to move in with him. Maggie stabilizes Ripley, but he doesn't heed her warning to stay put, going to find Vic to explain himself to her. His condition, of course, ends up worse than anyone had anticipated since he had been exposed to a toxin at a fire scene. He and Vic get engaged as a symbolic gesture, but Ripley soon tragically dies in the Station 19 episode that followed.

Now that Station 19 and Grey's Anatomy episodes are officially syncing up every week, expect to see more of Vic. Jackson and Vic meet when he rescues a couple of hikers in the foggy woods, and she's there to help rescue them. After he and Maggie break up, Jackson casually asks Vic out to get burgers. They end up eating lunch, both confessing that it might be too soon for them to move on from their former partners. To add awkwardness to the fire, Maggie spots them together. While Jackson claims they're just friends, he and Maggie have a bitter interaction.

I do have to admit that I like the easy chemistry between Jackson and Vic. Hopefully, the writers on both shows won't make Maggie out to be jealous and possessive — as we've seen her be when Meredith was with Riggs and throughout her relationship with Jackson. Fingers crossed that everyone finds peace of mind this season, even if that's kind of impossible in the dark and twisty world of Grey's.

Netflix
Raven Addresses Her Breakup With SK in the "Love Is Blind: After the Altar" Season 3 Trailer
by Njera Perkins 26 minutes ago

Freeform
Will There Be a Season 2 of "The Watchful Eye"? Here's What the Cast Had to Say
by Monica Sisavat 36 minutes ago