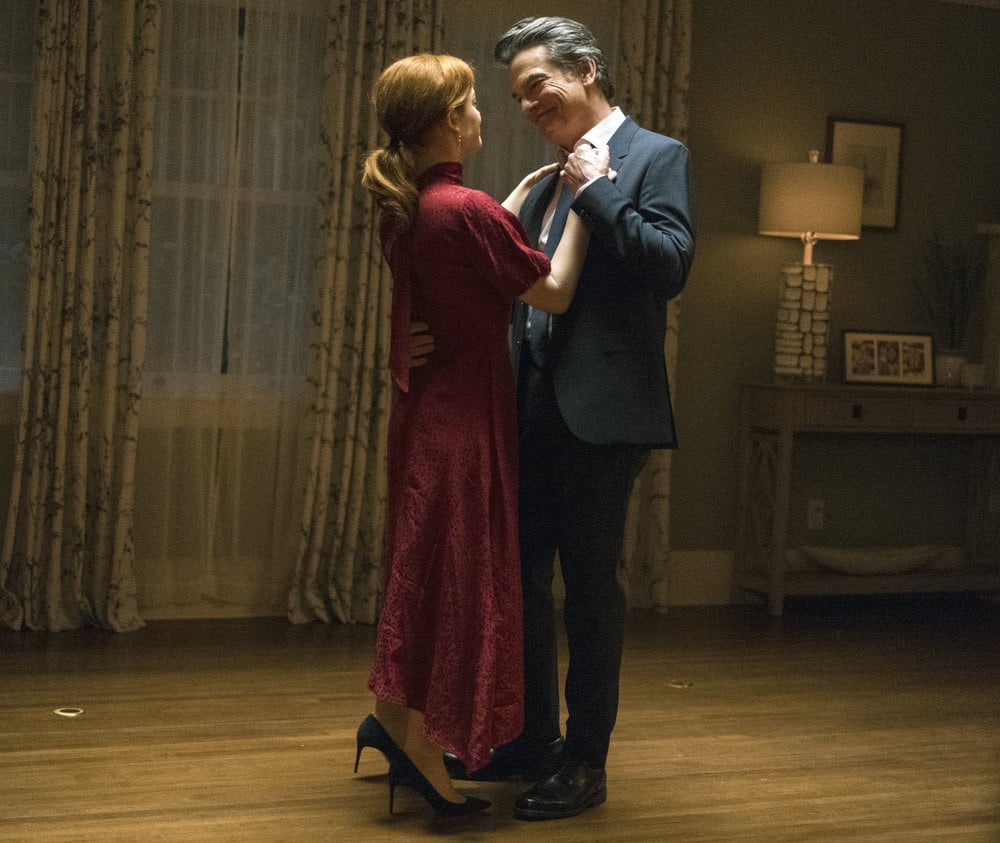 Zoey's Extraordinary Playlist is coming back for a second season! On Thursday, NBC announced that the musical drama has been renewed. "We were overwhelmed by the number of people who fell in love with Zoey's Extraordinary Playlist and how much joy it brought to everyone," Lisa Katz and Tracey Pakosta, co-presidents of scripted programming at NBC Entertainment, said in a statement. "We're thrilled to bring it back and can't wait to see how Zoey's journey continues."

After cheering us up with flashy musical numbers and choreography, the season one finale ends on a more somber note as Zoey says goodbye to her father Mitch, who dies from a rare degenerative brain disease called progressive supranuclear palsy (PSP). With everything that happens in the episode (including Zoey finally choosing between Max and Simon), we're all eager to see how the story plays out in a potential season two.

The show's creator Austin Winsberg previously teased there would be a time jump following Mitch's death in the second season. "I think it would be hard to pick up right after Mitch's death, because the emotion of that would just be a little too raw and not allow us to maybe do all the tonal balance stuff that I like," he said. "Some passage of time would probably be a good thing for the show."

Winsberg, whose own father died from PSP, added that Zoey's family dynamic will also shift as they deal with the loss of Mitch. "I think that's a big concept and a big idea for season two, which is, how do we move on? And how do we live, and what does the new normal look like after the person who was so important and so integral in our life is gone?" From my mom having to go back into the real world again and having to be independent after being with the same man for 40-some years, I think Maggie could go on a similar journey of self-exploration. I became a father right when I was losing my father, so all of the feelings and emotions and complications that go along with that for David and Emily. And then Zoey, similarly, having to make a choice about, 'What does his death mean to me? How do I extract meaning from his death? What kind of person do I want to be now?,' and all of the struggles and challenges that go along with that. It was very much on purpose that the final image is just them on the couch, except for the empty space where Dad always sat. You're still going to feel the weight of his absence going forward."