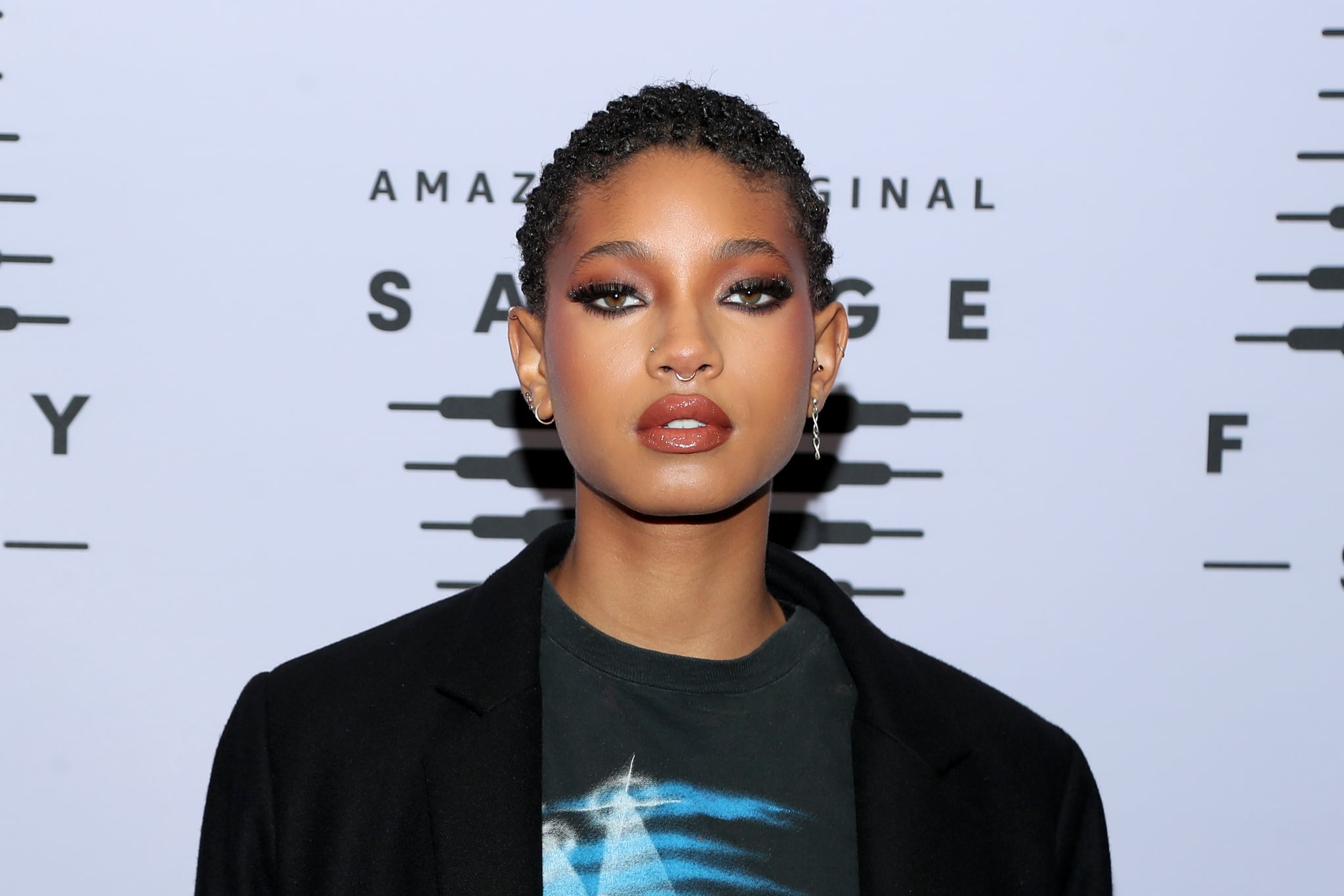 Willow Smith grew up in the music scene. Her dad, Will Smith, got his start as the "Fresh Prince," and her mom, Jada Pinkett Smith, was the lead vocalist for metal band Wicked Wisdom in the early '00s. But despite the diversity of her parents' experience, Willow still felt ostracized from the punk-rock community growing up. She recently sat down with Alexis White of Straight Line Stitch for V magazine to talk about their shared experience of navigating the rock world as Black women.

Willow released her track "Transparent Soul" featuring Travis Barker of Blink-182 back in April. The song has become a viral TikTok track and brought in over two million views on YouTube, but Willow told White her experience in the industry hasn't been easy. "Being a Black woman in the metal crowd is very, very different on top of the pressures that the music industry puts on you," Willow explained. "Now, it's like an added pressure of the metal culture, the metal world, and just rock in general. I used to get bullied in school for listening to Paramore and My Chemical Romance."

This exclusion or intimidation of Black women in metal music is far from new. As Willow recalled, her mom used to receive "death threats" and "people would say violent things" when she was on stage. "I've always wanted to do this type of music and always been so afraid to do so . . . because I saw the hate and verbal abuse that my mom had to go through, that stuck with me."

"You're not alone. You're not the only Black girl who wishes she could flip her hair to the side, and wear black eyeliner, you know what I mean?"

Now, the 20-year-old musician is overcoming her fear and making the genre more inclusive. "Just through the music that I'm putting out right now and the representation that I can bring to the mix, I just hope that the Black girls who are listening to my music and listening to this album see that there's more of us out there," Willow said. "It's a real thing, you're not alone. You're not the only Black girl who wishes she could flip her hair to the side, and wear black eyeliner, you know what I mean?"

Willow's album is coming out soon and will feature musical guests including her idol and "pop punk queen" Avril Lavigne. A tour is also on the horizon. Willow has dreams of going even grungier with her music, but that's still to come. "I'm going to go wherever the music is, but I love pop-punk a lot. But, where my heart lies, is metal. At some point, that's definitely going to happen."

Netflix
Netflix's "Hello, Goodbye, and Everything in Between" Has a Dreamy Soundtrack to Match
by Monica Sisavat 47 minutes ago

by Amanda Prahl 27 minutes ago