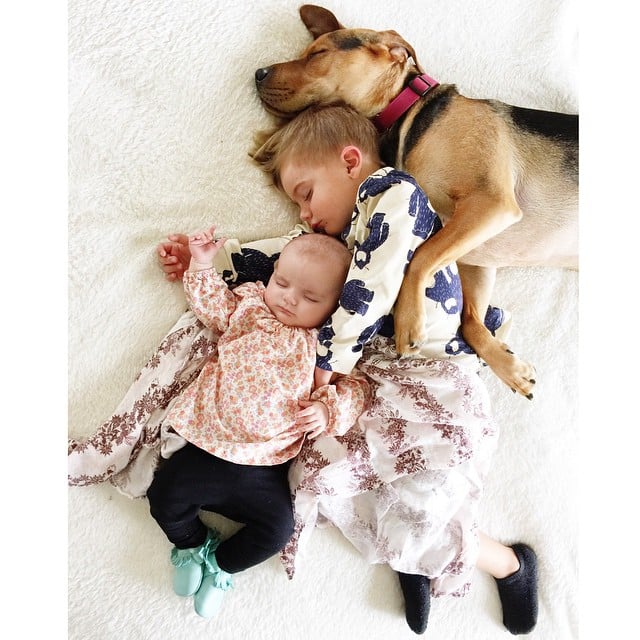 When Momma's Gone City blogger Jessica Shyba's 2-year-old son, Beau, and newly rescued puppy, Theo, began napping together, she had no idea they'd become Internet sensations. But soon after she posted the first picture of the two resting side by side, followers of her Momma's Gone City Instagram feed were in a frenzy. For over a year, we've watched as both the boy and the pup grew, their sleeping patterns changed, and their lives evolved. The biggest thing to change in their lives? The addition of baby Evangeline, known as Evvie to her family and friends, to the family in September.

Though Shyba intended for Theo to continue napping with his best friend, it didn't take long for the pup to seek out the smallest member of the family. In October, for the first time, Theo snuck into Evvie's nap, and now, this week, a new napping relationship has formed. Read on for a look at some of Theo, Evvie, and Beau's adorable napping sessions, and look back at how it all began. And get ready, because Naptime With Theo and Beau ($11) will be released in February (it's available for preorder now!), and Bathtime With Theo and Beau will be released a year later, with a portion of the proceeds from both books going to the animal shelter where the Shyba rescued the pup.

The Royals
From Royal Baby to Big Girl: 23 Adorable Photos of Sweden's Princess Estelle
by Murphy Moroney 17 hours ago

Babies
This In-N-Out Burger Newborn Shoot Will Have You Craving Fries in 3, 2, 1 . . .
by Murphy Moroney 4 days ago

Photography
This Compelling Photo Shoot Proves That, Yes, Boys Can Be Princesses, Too!
by Murphy Moroney 1 week ago 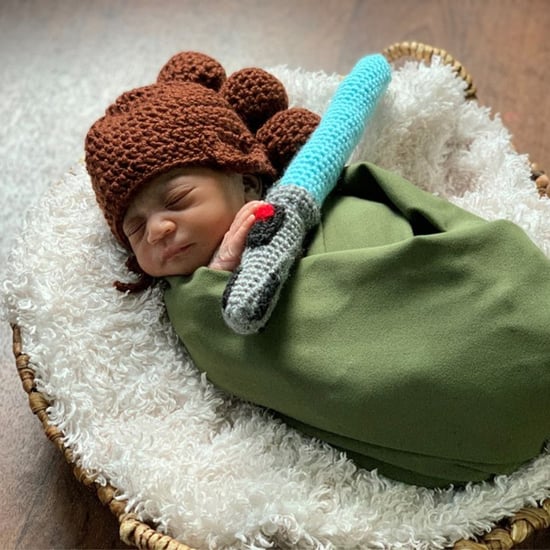