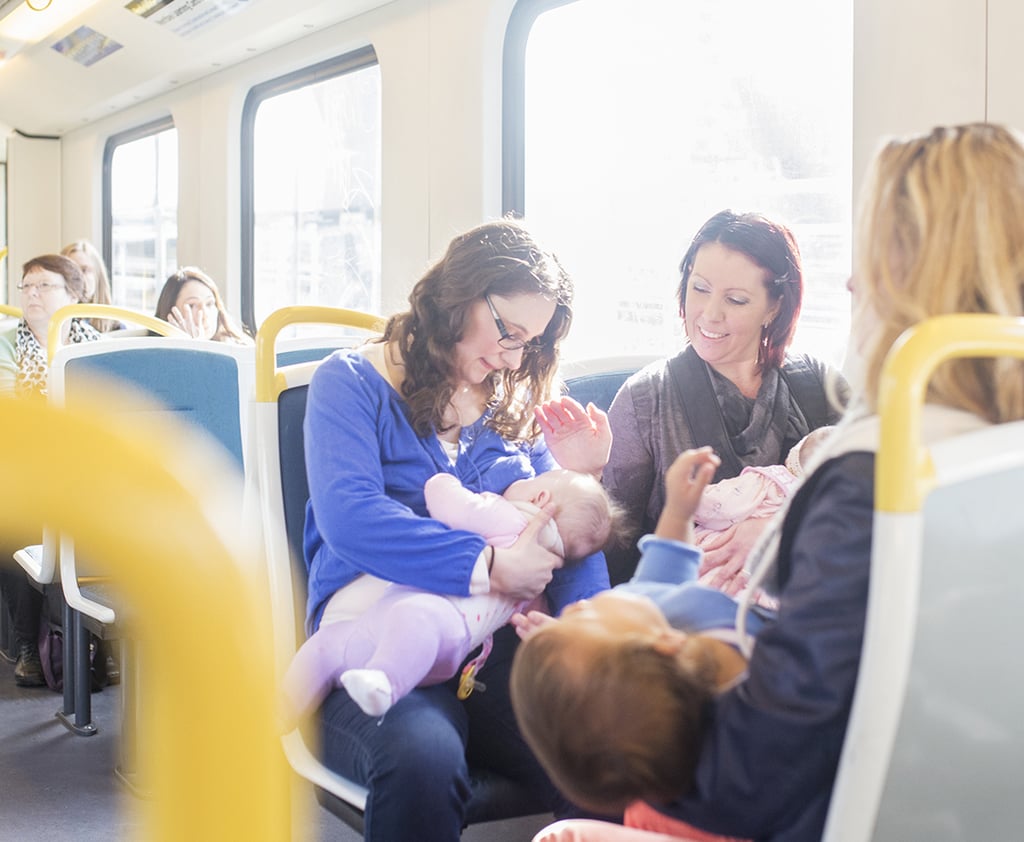 A woman breastfeeding in the pasta aisle at the grocery store. A mother nursing her baby on a homebound train. A husband giving his baby a bottle while his wife pumps in an empty restaurant.

These scenes shouldn't be the least bit noteworthy — or at least they should be no more noteworthy than simply going to the store, taking the train home, or eating at a restaurant. But for some reason, a stigma still exists surrounding the act of breastfeeding in public. And until that stigma is gone, Leilani Rogers, a Texas-based birth photographer, plans to document these otherwise uneventful moments.

And she's been doing so since 2013, when she launched the Public Breastfeeding Awareness Project with a mission to use images to educate people on the benefits of a breastfed baby, to emphasize the importance of community support, and to normalize the act itself. Interestingly, though, Rogers wasn't always so comfortable with the idea.

"I was prompted to start this project by my reluctance to breastfeed in public," she told us. "I was self-conscious and afraid of stares and judgment. I knew a few women who did it comfortably, and I was so envious of them — of their confidence and skill, because half the battle is doing it gracefully."

Now, she has recruited more than 50 fellow photographers to take pictures of mothers nursing their children in public places.

Of all the ground they've covered with the initiative's photo shoots, photos in the park are the most typical. The most surprising to their audience, she said, has been those taken in the supermarket ("it's really not all that uncommon") and the pool ("breast milk is gross, but kids' pee isn't?"). But no matter how typical the spot is or not, Rogers made it clear that the location should never matter.

"Breastfeeding is legally allowed where a mom is legally allowed to be, in most states and many countries," she told us. "The problem is that . . . many people aren't educated on breastfeeding laws, including business owners. What we are really trying to illustrate here is that a mother has the right to breastfeed wherever she chooses, not wherever the majority of mothers choose."

And that goes for the library, the bus stop, the waiting room of a hair salon, and, yes, even the shallow end of the community pool.